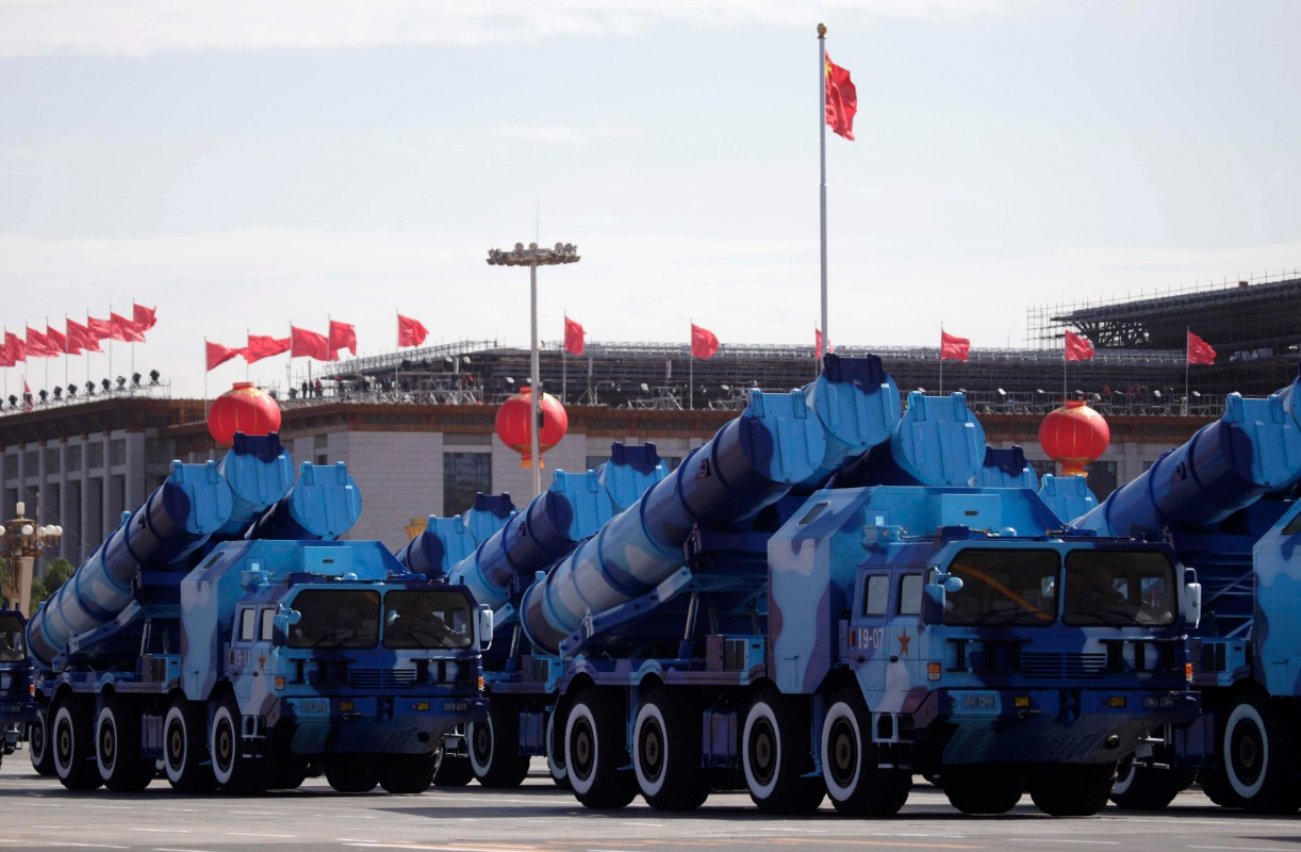 What does Xi mean when he speaks about "resolving the Taiwan question?"

Here's What You Need to Remember: “The question is not whether the United States should defend Taiwan during war but how to prevent war in the first place. Now is the time to strengthen U.S.-Taiwan security cooperation to ensure peace in the Taiwan Strait.”

Amid mounting military tensions in the Pacific, experts warn that the Chinese Communist Party (CCP) is ramping up its plans to annex Taiwan.

The forceful reunification of Taiwan has been a core Chinese foreign policy objective since the days of Mao Zedong, according to an op-ed written by Lee Hsi-min, former chief of the general staff of Taiwan’s armed forces, and Eric Lee, research associate at the Project 2049 Institute. The reformist leader Deng Xiaoping adopted a gentler, soft-power-driven approach that saw reunification as less of a military and more of a political-diplomatic project, but the matter took on a new urgency under the leadership of CCP General Secretary Xi Jinping.

During a speech given at the Chinese Communist Party’s centenary celebration, Xi expressed his impatience with “resolving the Taiwan question.” Xi proclaimed that “all of us, compatriots on both sides of the Taiwan Strait, must come together and move forward in unison. We must take resolute action to utterly defeat any attempt toward ‘Taiwan independence,’ and work together to create a bright future for national rejuvenation.”

Hsi-min and Lee highlighted the significant steps taken by Beijing to shift the balance of power in the Pacific in its favor. “Beijing understands that the United States is the most significant obstacle to its conquest of Taiwan, and has transformed its force to specifically offset U.S. operational advantages in the Pacific theater,” they wrote in their op-ed. “To this end, the Chinese military has developed anti-ship ballistic missiles, attack submarines and an array of air and naval platforms for conducting saturation attacks to overwhelm enemies, all supported by space-based systems that make it more integrated and lethal.” The result of these growing military investments was laid bare during a 2018 wargame that made it clear the U.S. military cannot feasibly prevent a full-scale Chinese invasion of Taiwan. “The trend in our war games was not just that we were losing, but we were losing faster,” Air Force Lt. Gen. Clinton Hinote told Yahoo News. “The definitive answer if the U.S. military doesn’t change course is that we’re going to lose fast. In that case, an American president would likely be presented with almost a fait accompli.”

China has drastically ramped up the scale and pace of its provocations against Taiwan in recent years, including a record number of incursions into Taiwan’s air defense identification zone, a steady stream of cyberattacks and government-sponsored disinformation campaigns, and increasingly brazen military movements in the South China Sea and the East China Sea.

Hsi-min and Lee did not go as far as to forecast an imminent Chinese invasion, but argued that the conditions are ripe for an “escalation short of all-out war,” adding that  “the exchange of fire between Chinese and Taiwanese forces, small-scale missile attacks and Chinese seizure of Taiwan’s outer islands are all possible.”

The authors highlighted “diminished U.S. deterrence” and “Washington’s complacent neglect of the Communist Party’s ambitious pursuit of national rejuvenation” as factors permitting, if not facilitating, China’s plans for forceful reunification. There is no single fix to what is a multifaceted problem, but Hsi-min and Lee called for the full implementation of the sweeping military reforms outlined in Taiwan’s Overall Defense Concept, while substantially increasing American military aid to Taipei and casting a renewed focus on interoperability among U.S. forces and allies in the Pacific region to be able to “disrupt, deny, degrade, destroy or deceive the Chinese military’s assets” in a Taiwan invasion scenario.

Noting that China’s “gray zone operations” against Taiwan have already begun, the authors ended with a dire warning for U.S. policymakers: “The question is not whether the United States should defend Taiwan during war but how to prevent war in the first place. Now is the time to strengthen U.S.-Taiwan security cooperation to ensure peace in the Taiwan Strait.”