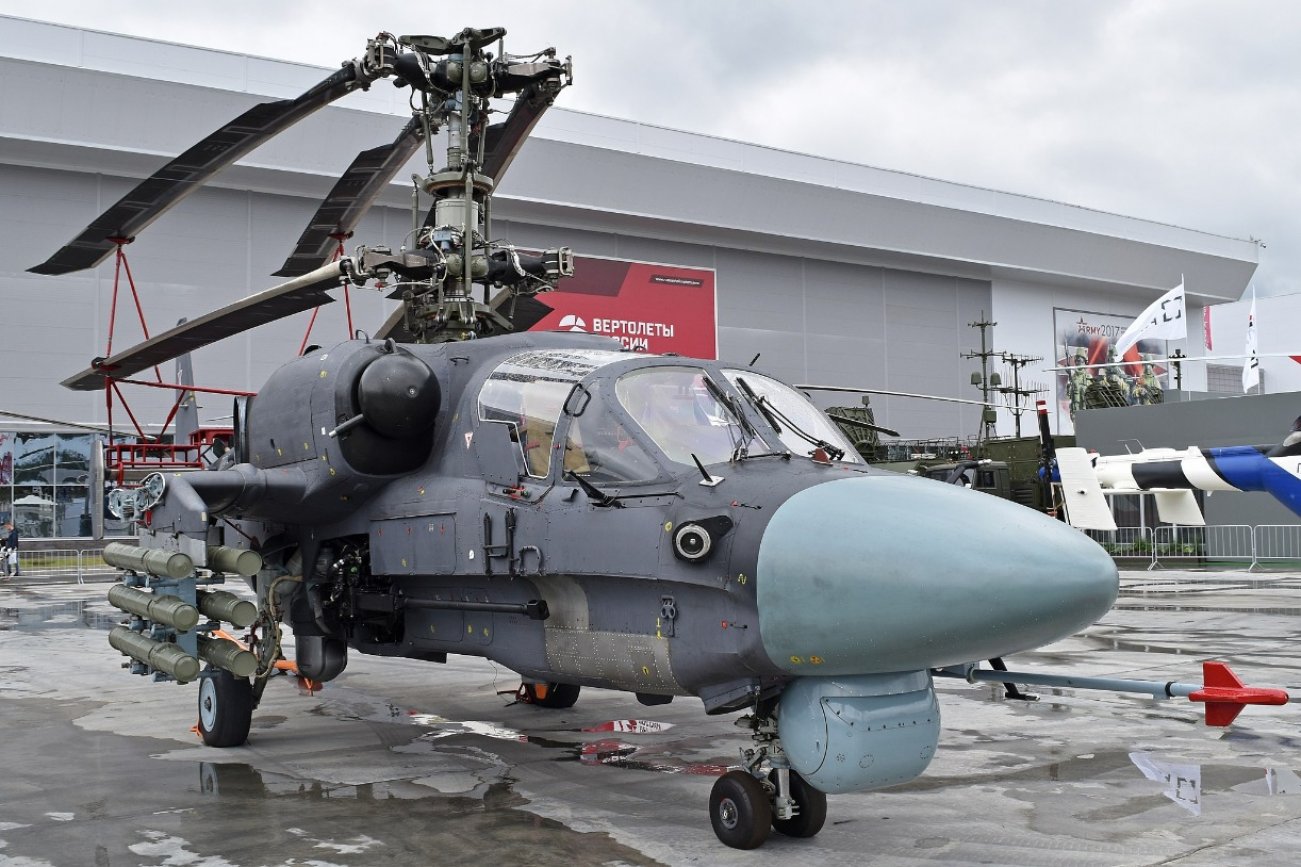 The Ka-52K could greatly enhance the attack aviation capabilities of China’s Type 075 carriers compared to the helicopters currently in its inventory.

Here’s What You Need to Remember: Of course, attack helicopters are not a superweapon, as they remain vulnerable to more serious anti-aircraft threats and have only modest range. But if China does end up confirming a Ka-52K buy, it would signal serious intentions to round out gaps in its helicopter inventory, reinforce its relations with Russia, and sharpen its amphibious aviation capabilities for a hard fight over Taiwan or islands in the South China Sea.

flurry of recent reports suggests China is considering the purchase of thirty-six advanced Kamov Ka-52K naval attack helicopters from Russia. Though a sale has not been officially confirmed by Beijing or Moscow, rumors first circulated in lower-profile media sources in mid-September and were eventually reported by the South China Morning Post.

One hint that the purchase may take place is that both China’s state-run CCTV and broadcaster Phoenix TV filmed video segments at the plant that manufactures Ka-52 helicopters. Reportedly, a Chinese military delegation also visited a Ka-52 production line.

Phoenix TV correspondent Lu Yuguang further claimed a Ka-52K contract had already been signed at the Russian Army 2021 Technology forum held August 21-28. However, the lack of official announcements over what should be a high-profile contract implies that whatever arrangement exists now may not yet be finalized.

Chinese commentators describe the possible sale as China’s third-largest arms procurement from Russia after the acquisition of twenty-four Su-35S multi-role fighter jets worth over $2 billion, and a $3 billion purchase of two S-400 surface-to-air missile regiments. Allegedly the helicopters would cost a relatively thrifty $20 million apiece, implying a total buy of $720 million, though a sale may be bundled with weapons, equipment, and training and service packages worth hundreds of millions of dollars more.

China has consistently sought to reverse-engineer and develop indigenous variants of the aircraft it acquires from Russia, so it’s likely that at least a few of the Ka-52Ks will be set aside so that Chinese engineers can seek to replicate the helicopter’s capabilities and incorporate them into domestic designs. Moscow is used to this by now and compensates by insisting that Beijing place at least medium-sized orders to ensure it is substantially compensated.

But even setting aside the Research & Development benefits, a helicopter purchase would represent a fast and effective way to augment the firepower of China’s expanding amphibious landing forces.

The most obvious place to deploy such helicopters is on China’s growing fleet of large Type 075 Landing Helicopter Docks (LHD). These are large amphibious carriers designed to deploy both helicopters and landing craft full of troops and vehicles onto possibly hostile shores. The Type 075 has a maximum capacity of thirty helicopters, and its huge deck has spots for six helicopters to land or take off with simultaneously. In January, China launched the third of eight Type 075s on order.

Type 075s would play an especially critical role in the contingency of an invasion of Taiwan, or in conflicts over disputed islands in the South China Sea. While their primary role would be ferrying ground forces to shore, attack helicopters could provide desperately needed close air support against hard targets while being (in theory) more likely to survive lethal short-range air defenses. Attack helicopters could also substitute for carrier-based jets in expeditionary deployments against less formidable adversaries.

Why would China want Spiny Dogfish?

The Ka-52K is the naval variant of the Ka-50/52 Alligator attack helicopter, a design noted for its two counter-rotating rotors, unusually large stub wings, and lack of tail rotor. These characteristics give it excellent speed, maneuverability, and lift.

While the original Ka-50 and Ka-52 models were designed for tank-busting missions, the Ka-52K Katrin (“Spiny Dogfish” or “Mud Shark”) was designed for service on two Mistral-class amphibious carriers under construction in France for Russia. However, when Russia’s conflict with Ukraine torpedoed the deal, Moscow was left with naval helicopters without the carriers they were intended for. In the end, Egypt bought the Mistral as well as up to forty-six Ka-52Ks to go with them.

The Ka-52K could greatly enhance the attack aviation capabilities of China’s Type 075 carriers compared to the helicopters currently in its inventory. True, China has developed domestic naval utility helicopters with limited attack capabilities (the Z-8, Z-18, and Z-20F), as well as non-naval attack helicopters (the Z-10 and lighter Z-19) that could theoretically operate off of amphibious carriers. But the former is not designed to survive in the sort of a high-threat environment an attack helicopter is built for, while the latter isn’t optimized for safe and sustained operations at sea.

Similar to China’s difficulties developing high-thrust turbofans for jet fighters, the Z-10, and Z-19 attack helicopters are limited by inadequate power of their twin turboshaft engines, the 1,300 horsepower WZ-9 and the 940-horsepower WZ-8C respectively. As a result, the Z-10 and Z-19 are allegedly incapable of lifting off with a maximum fuel and weapons load.

By comparison, the AH-1Z Sea Cobra naval attack helicopter used by the U.S. Marine Corps has twin 1,800 horsepower engines, and the Ka-52K has twin 2,500-horsepower turboshafts, a greater payload of 4,400 pounds, and a combat radius of 285 miles.

The helicopter’s navalization features include reinforced landing gears, corrosion-resistant surfaces, and the ability to fold its wings and rotors to minimize the deck space occupied. But it’s also been upgraded with a longer-range Arbalet radar capable of maritime scanning out to a range of 100 miles. The radar enables the use of large Kh-35 anti-ship missiles with a range of eighty miles (or 162 using the latest Kh-35U variant).

The Ka-52 also has a thirty-millimeter gun and can mount short-range anti-aircraft missiles that could be effective against slower flying aircraft, as well as long-range Vikhr and Ataka anti-tank missiles, rocket pods, and additional gun pods. It also boasts a suite of countermeasures to give it a chance of dodging anti-aircraft missiles.

Of course, attack helicopters are not a superweapon, as they remain vulnerable to more serious anti-aircraft threats and have only modest range. But if China does end up confirming a Ka-52K buy, it would signal serious intentions to round out gaps in its helicopter inventory, reinforce its relations with Russia, and sharpen its amphibious aviation capabilities for a hard fight over Taiwan or islands in the South China Sea.

Sébastien Roblin holds a Master’s Degree in Conflict Resolution from Georgetown University and served as a university instructor for the Peace Corps in China. He has also worked in education, editing, and refugee resettlement in France and the United States. He currently writes on security and military history for War Is Boring.

Soldiers from Estonia and Britain arrived to guard the Polish border