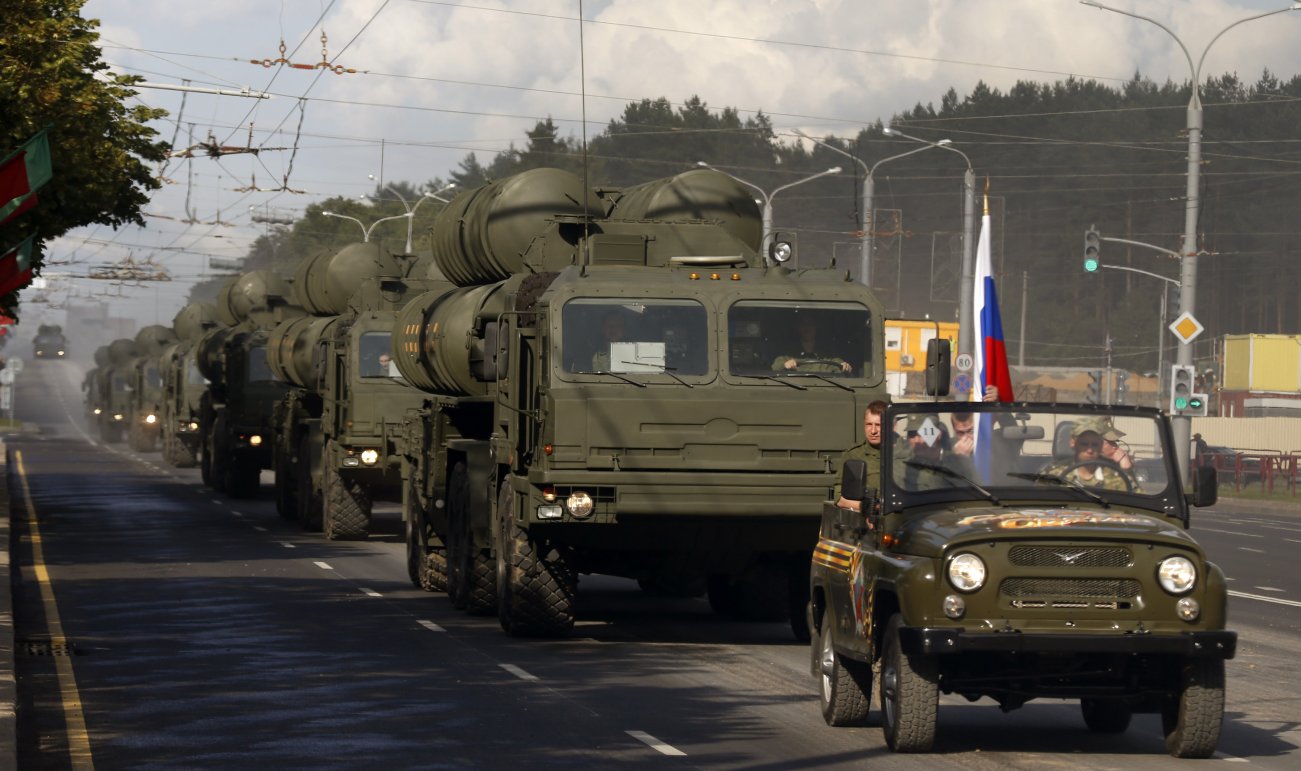 The U.S. was able to take on the SAM system it would face in a war with Russia.

Here's What You Need to Remember: The matter of Russian S-400s is also quite pressing given the growing number of countries, both large and small, reportedly at various stages of buying them.

It appears that the highly-touted Russian-built S-400 surface-to-air missiles can be destroyed and, despite the serious threat they pose, there are potential countermeasures sufficient to neutralize their impact.

This at least seems to be the case according to events at a recent U.S. Army-led Africa Lion 2021 exercise in which simulated attacks against S-400s were reported to be successful, according to a report in The Drive.

The particular method used to destroy the S-400s was reportedly not disclosed, likely for security reasons, yet there were a number of U.S. air assets said to be involved in the exercise. Unspecified U.S. and Morrocan fighter jets were said to be involved in the exercise, according to information from U.S. Africa Command mentioned in The Drive report. The Africa Lion exercise is taking place in North and West Africa, involving U.S. and allied forces conducting war games and combat preparation drills.

While in one sense it may not be surprising that S-400s could be hit, a demonstrated ability to attack, disable or destroy them in a tactical circumstance is certainly relevant. This is particularly true in light of the often discussed circumstance of the Russian-built S-300s and S-400s, which are known to have been substantially upgraded. Newer variants of S-400s rely upon advanced computer processing, digital networking, multi-radar connectivity, and a greater range of detection frequencies. At various points in recent years, Russian media reports have claimed that advanced S-400s are capable of tracking and destroying stealth aircraft, an assertion that is naturally not verified. However, U.S. weapons developers do continue to take Russian air defenses seriously, and their technological progress may have impacted U.S. modernization strategy in some respects.  Perhaps there might be something to the idea that the evolution of Russian air defenses did, at least in part, help inspire the U.S. Air Force's creation of a new generation of stealth technology with the B-21.

The matter of Russian S-400s is also quite pressing given the growing number of countries, both large and small, reportedly at various stages of buying them. Even if they can be defeated with particular tactics, weapons, and approaches, the more widely they circulate in what are now lower-risk areas, the more substantial the danger to U.S. and allied operations and security.  The Drive reports that there are many smaller countries in Africa that could potentially become S-400 customers, and the international market for the weapons has long been a concern for U.S. military leaders.

In fact, there has been recent concern about U.S. allies such as India or Turkey potentially becoming S-400 customers, and there are already some U.S. allied nations operating Russian equipment.

“We have countries that we work with from time to time that have Soviet or, excuse me, Russian equipment that they acquired over the years and we certainly urge all our allies and partners to move away from Soviet or, excuse me, Russian equipment. In some cases it was Soviet equipment because they bought it so long ago,” Secretary of Defense Lloyd Austin said earlier this year during a trip to India.

Kris Osborn is the Defense Editor for the National Interest. Osborn previously served at the Pentagon as a Highly Qualified Expert with the Office of the Assistant Secretary of the Army—Acquisition, Logistics & Technology. Osborn has also worked as an anchor and on-air military specialist at national TV networks. He has appeared as a guest military expert on Fox News, MSNBC, The Military Channel, and The History Channel. He also has a Master's Degree in Comparative Literature from Columbia University.

MrBeast really wants you to have a Lamborghini