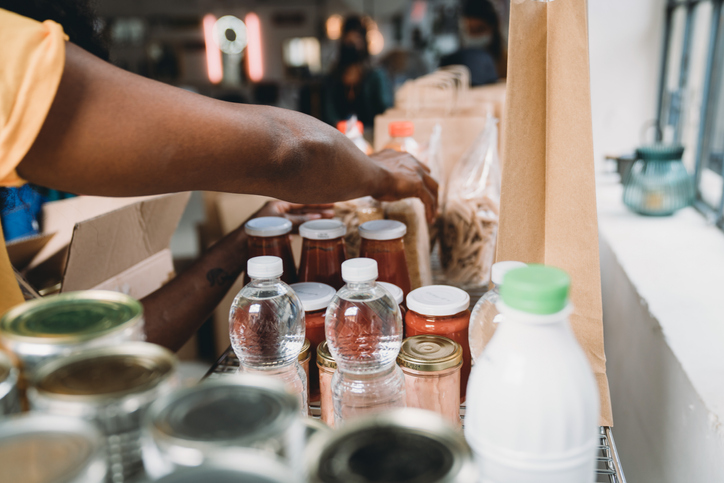 A Mississippi teen is living proof that you’re never too young to pay it forward and drive change in your community. After being diagnosed with a life-altering illness, CNN reported that 13-year-old Adeola “Abraham” Olagbegi led a Make-A-Wish project designed to combat food insecurity in his local neighborhood.

13-year-old uses his Make-A-Wish to feed his city's homeless for a year https://t.co/9mU0FDD3He

In 2020, Abraham was diagnosed with a rare blood disorder called aplastic anemia. The life-threatening condition—which has a diagnosis rate of nearly 2 out of every 1 million people each year in the United States—is a form of bone marrow failure that impacts the generation of new blood cells. According to St. Jude Children’s Research Hospital, 80 percent of individuals under 20 who are diagnosed have a five-year survival rate.

After undergoing a successful bone marrow transplant, Abraham was granted a Make-A-Wish opportunity. He decided to build upon the impactful work that he and his mom Miriam were doing to support the homeless population in his community and created Abraham’s Table. The project feeds individuals in need every month in the city of Jackson.

Abraham says he wants to use his journey and project to empower individuals and show them that overcoming odds is possible. “I am a person of hope, so when you come against a big mountain, you have to remember you have a big God,” he said in a statement, according to the news outlet. “It was always a good thing to do, and that’s what I grew up doing that. So, I go back to my roots to do what I was taught to do.”

Through Abraham’s Table, the youngster has fed hundreds of individuals who are experiencing homelessness. He aspires to transform his project into a nonprofit organization to continue to lead other impactful efforts.

Projects like Abraham’s Table are needed, especially in Mississippi, as it’s one of the most food-insecure states in the country.

Meet the 80 women competing to be Miss Universe 2021

Jake Thomsen on winning ‘Alter Ego’ as digital avatar Dipper Scott: ‘will.i.am and I are working on some things’ [EXCLUSIVE VIDEO INTERVIEW]