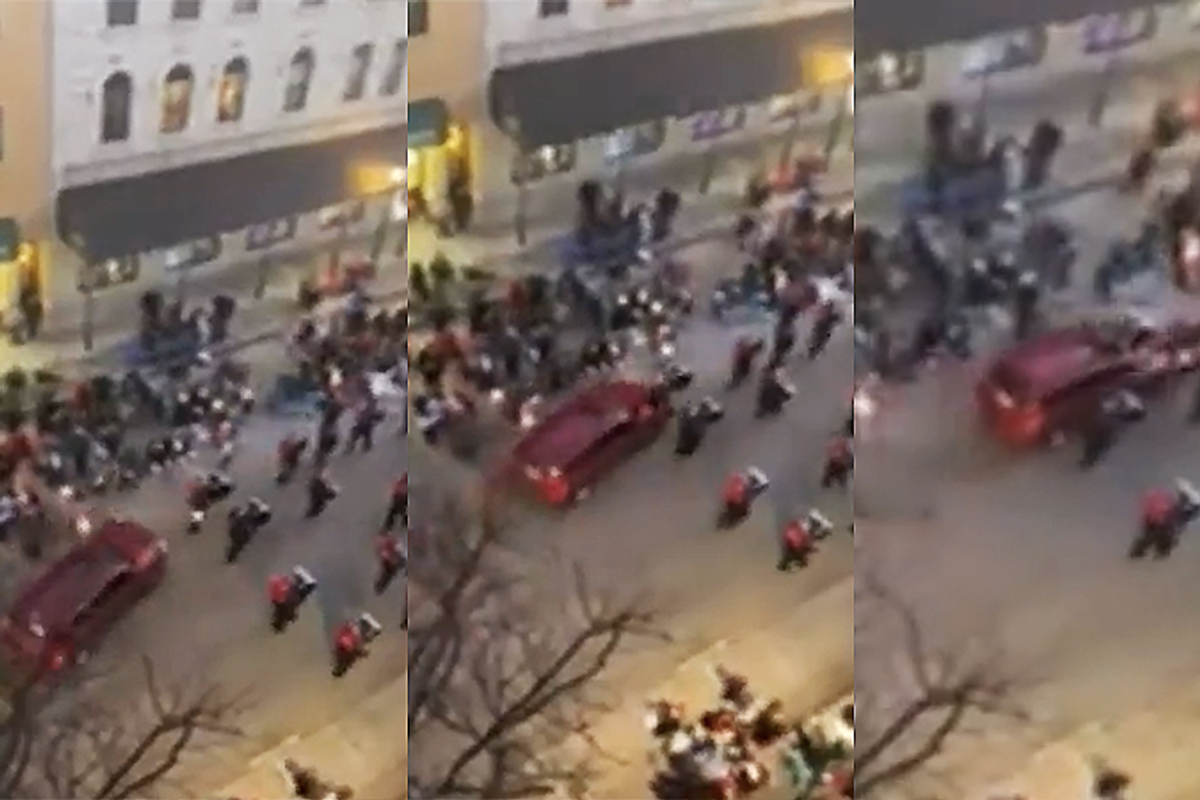 Local reporters revealed that at least 30 are injured after a red SUV plowed through the crowd at the annual Waukesha Holiday Parade.

City cameras show the car as it raced down the street of the parade route. Another person was filming from the side of the parade as it raced past one group in the parade. There were audible gasps and boos but it wasn't until it raced through an intersection that people were hit.

One person dressed in a costume appeared to be dancing when the SUV passed a few feet behind.

Police have secured the area and a press conference is expected within the hour. Thus far they haven't released any information about the driver or any motives.

See the videos below:

TRIGGER WARNING: DISTURBING VIDEOA viewer sent in horrifying video the moment a red SUV plowed through a crowd during the #Waukesha Holiday Parade. Its currently unclear how many people have been injured. Updates to come on @tmj4pic.twitter.com/u6q10VgTJ1
— Taylor Lumpkin (@Taylor Lumpkin) 1637540036

SUV speeding towards parade in Waukesha posted by a spectator on Facebook.pic.twitter.com/iDMe0HxQpv
— Ron Filipkowski (@Ron Filipkowski) 1637538399

Lots of scenes like this throughout Downtown Waukesha tonightpic.twitter.com/fFIrLr08ge
— Evan Casey (@Evan Casey) 1637548558

One transported with life threatening injuries after vehicle vs. pedestrian crash in south Austin