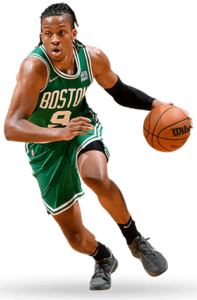 BOSTON — A night after knocking off the Los Angeles Lakers, Romeo Langford and the Boston Celtics won for the seventh time in 10 games with a 111-105 “trap game” victory over Oklahoma City at the T.D. Center.

In the victory, Langford scored two points in eight minutes played. He made his only field goal attempt, which came with 2:41 left in the first period and put the Celtics ahead 21-15.

The Celtics led 58-45 at the half and held a 15-point lead through three quarters, thanks in large part to Jayson Tatum’s 33-point performance. Tatum, who has scored 30-plus points in three straight games, also had eight rebounds, five assists, two blocked shots and a steal. He went 11-for-22 from the floor and made six of his 12 3-point attempts.

Dennis Schroder added 29 points and six assists for Boston, which had 28 assists on its 41 baskets.

No Thunder player had more than 16 points. That was from third-year Luguentz Dort. The Oklahoma City bench outscored the Celtics’ 38-18.

The Celtics, who went over .500 for the first time this season with the victory, hosts Houston (1-15) Monday before hosting the Brooklyn Nets (12-5), who are currently the top team in the Eastern Conference, Wednesday night on ESPN.

People Are Mourning The Passing Of Stephen Sondheim, Musical Theater Titan Of ‘West Side Story,’ ‘Into the Woods,’ ‘Sweeney Todd,’ And More