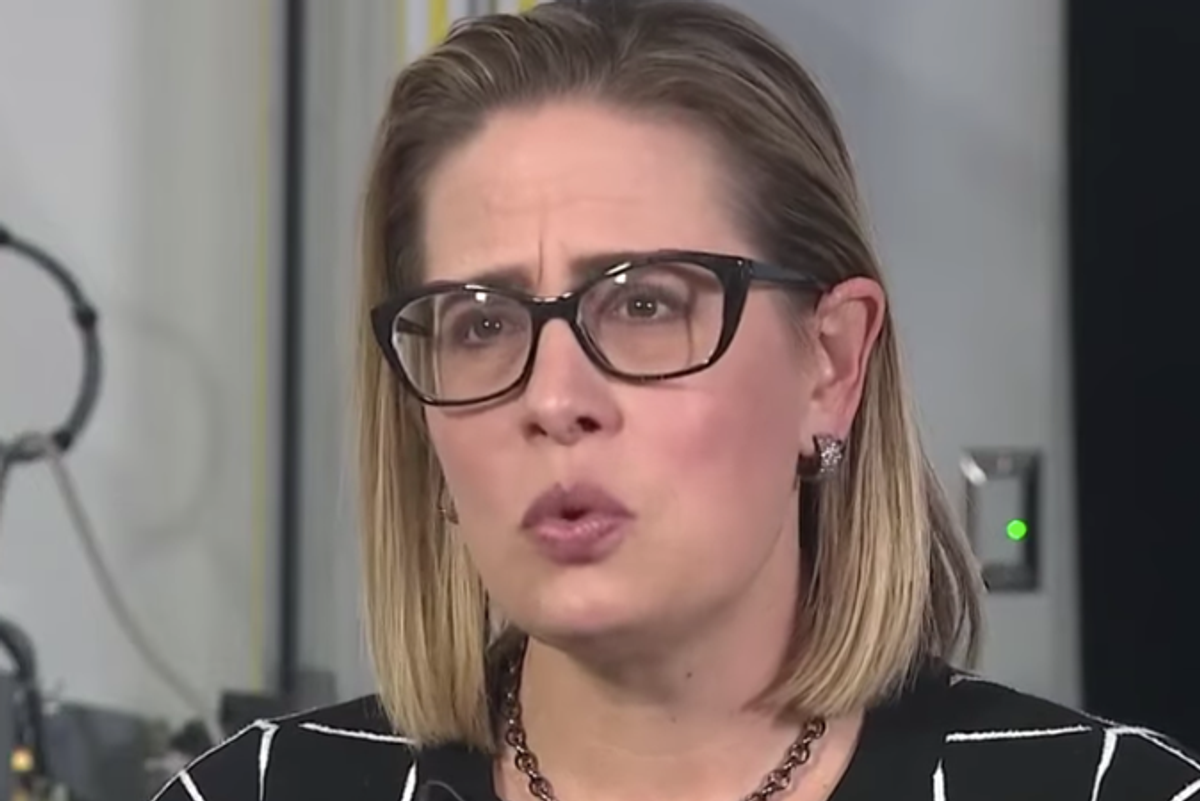 In a long-ranging interview with Sen. Kyrsten Sinema, ABC15 questioned her opposition to the infrastructure package before it was finally passed.

Sinema is already taking credit for working "so hard" to ensure the infrastructure package passed. The reality is that the hard work had to do with others convincing her to vote for the law. The initial law requested $3.5 trillion, but Sinema demanded it be reduced significantly. She then grew furious that passing the bill was taking too long.

The conversation then turned to those Arizonans desperate to talk to her about the importance of immigration reform and the human infrastructure package. Sinema has refused to do it, neglecting town hall meetings and opting for fundraisers instead. It puts voters in the position that the only way they can get an audience by their senator is by paying for it.

Still, Sinema said she wants Arizonans to continue trying to reach her.

"Keep telling me what you think. I appreciate it," she said.

The ABC reporter then asked Sinema about how she could be such a progressive Democrat who pitched liberal ideas and policies, but now has gone so far right. He explained that it makes some consider her some sort of enigma. However, Sinema didn't understand what the word meant.

"I don't even know what enigma means, really. No one really does," she claimed.

When used as a noun, an enigma means someone who is puzzling or contradictory. Given her quick evolution from a progressive activist to being one of the best friends of the GOP has been puzzling, particularly to those who helped get Sinema elected. Those activists confessed to Politico that Sinema's rise to power has only been about one thing: her.

Watch the interview below: