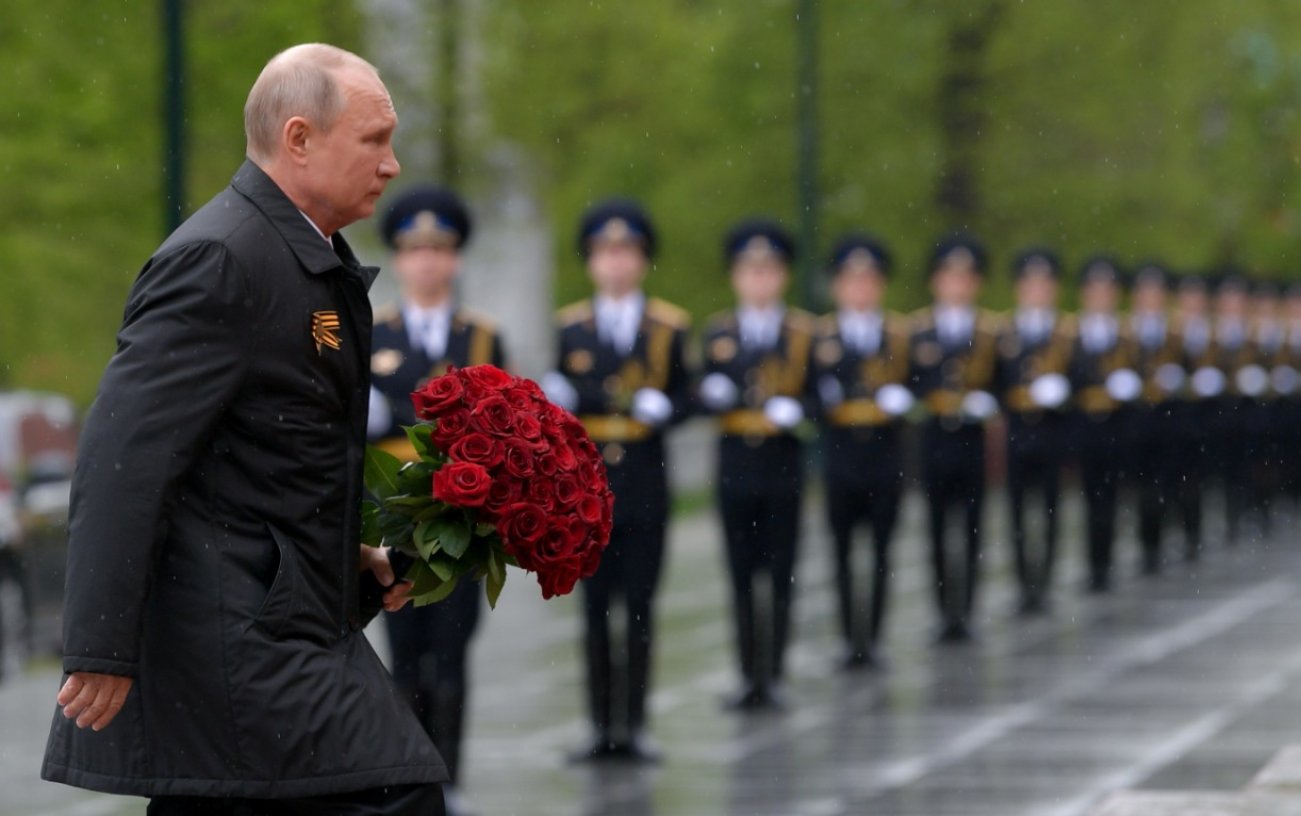 The American Relief Administration saved millions of lives in the Soviet Union from famine. A century later, it is still a shining example of the hope the United States offers to the world.

A few months before the end of the First World War, when the White Russians were fighting to overturn the incipient communist regime in Moscow, President Woodrow Wilson authorized the deployment of 13,000 American troops to help them. Herbert Hoover, who led U.S. relief efforts in Europe, told Wilson it was a mistake: it would be better to allow Bolshevism to collapse on its own.

“No greater fortune can come to the world,” Hoover wrote the president in March 1919, “than that these foolish ideas should have an opportunity somewhere of bankrupting themselves.”

Hoover was right about the inevitable collapse of the communist experiment in Russia. The moral bankruptcy of Marxism-Leninism would ravage the lives of countless millions of people over the next seventy years. But Hoover could not have anticipated the immediate horrific consequences of its ideology.

A drought, aggravated by Vladimir Lenin’s “collective system of agriculture”—by which the state seized the property and the produce of Russian peasants—left the Soviet economy in ruins. By the summer of 1921, at least 35 million people were at risk of starvation. In desperation, Moscow instructed Maxim Gorky, the famous novelist, to issue an appeal to the West for aid. Hoover responded in a July 23 telegram that set into motion the largest and most successful humanitarian relief effort in history.

Under Hoover’s leadership, the American Relief Administration (ARA), a private organization, set up 19,000 relief stations in the Soviet Union, from Ukraine to Siberia, delivering food, clothing, and medicine. Employing barely three hundred Americans alongside 120,000 Russians, the ARA fed 10.5 million people per day. It is estimated that the American effort rescued at least ten million people from death by starvation and disease. Historian Anatoly Utkin, grandson of one of the survivors, told an interviewer for The American Experience, that “there was not a spark of hope anywhere. Unexpectedly, without any reason, nobody could explain why Americans came, why they provided food for children.”

It is hard to think of another individual who could have orchestrated such a massive operation of human and physical resources. Before entering politics, Hoover had been a successful mining engineer with business interests all over the world. But he was hungry for a larger cause. It arrived in 1914, during the First World War. When Germany invaded neutral Belgium, the civilian population was caught between a hostile army and a British naval blockade. Seven million Belgians faced starvation.

Hoover convinced the belligerent nations to allow his newly created Commission for Relief in Belgium to purchase and deliver food to the destitute Belgians. All of the organization’s initial volunteers were Americans. Throughout the war and beyond, Hoover’s volunteers delivered assistance to 9 million civilians in Belgium and German-occupied France. As historian George Nash describes it, Hoover created “an elaborate, voluntary enterprise without precedent in human history: an organized rescue of an entire nation from starvation.” Hoover became an international hero, “the embodiment of a new force in global politics: American benevolence.”

The American relief effort in the Soviet Union was, indeed, an astonishing act of benevolence. No other nation on earth possessed the democratic idealism, the economic resources, and the national will to carry out an effort on such a massive scale.

Yet it was also a political act: an attempt to persuade Russians to abandon communism and embrace the democratic capitalism of the West. As Bertrand Patenaude explains in The Big Show in Bololand: The American Relief Expedition to Soviet Russia in the Famine of 1921, Hoover hoped that the example of American efficiency and entrepreneurship would further discredit the “murderous tyranny” in Moscow. “Hoover believed that if he could only relieve the Russians’ hunger,” Patenaude writes, “they would return to their senses and recover the physical strength to throw off their Bolshevik oppressors.”

However unlikely that hope might have been, the Politburo and its apparatchiks must have worried. The communists attempted to control and discredit the U.S. program whenever they felt threatened. “As for the hooverites,” Lenin warned, “we must shadow them with all our might.” But Hoover kept the operation apolitical. He instructed his team that any American who involved himself in politics in Russia would immediately be removed from the mission.

Determined to shift responsibility for the crisis to outside forces, the communist leadership in Moscow portrayed themselves as stewards of the national interest ready to marshall every resource possible to rescue a grateful population from ruin. Liberal elites in the West swallowed the propaganda wholesale. In a report dated October 15, 1921, for example, The New York Times praised Lenin’s “scheme of decentralization” for “developing a national Russian feeling, as opposed to a merely communist viewpoint.” The Kremlin, explained the Times, had “worked feverishly” to get food to starving people. “Imbued with the idea that the Government was straining every nerve to help the nation, all classes and factions have given their unreserved co-operation.”

In fact, the Bolsheviks used food as a weapon—diverting assistance from children to their political allies—and never fully confronted the enormity of the catastrophe facing the Soviet people. “People had been reduced to eating weeds mixed up with ground bones, tree bark, and clay, as well as horses, dogs, cats, rats and the straw from roofs,” writes historian Cynthia Haven. “The government made efforts to stop the selling of human flesh and posted guards in cemeteries to prevent raiding.”

Hoover’s reputation as both a tough anti-communist and effective humanitarian helped him to win popular support for the U.S. effort. In 1921, Congress appropriated $20 million for assistance under the Russian Famine Relief Act, an unprecedented commitment of public money for a political foe. Millions more came from private donations, many from America’s children, who wrote letters to their Russian counterparts. As Hoover noted, the United States delivered about 700,000 tons of corn, wheat seed, clothing, and medicine “as an absolute gift.”

Here is the humanitarian tradition that the world instantly associates with the United States: a tradition rooted in its Judeo-Christian culture and in the belief that America has a unique role in defending human rights and democratic freedom around the globe. Here, in fact, is American exceptionalism without apology—a concept loathsome to the progressive left, but nonetheless, the motivating force behind a national act of compassion unmatched in the history of human civilization.

In July 1923, upon the completion of the humanitarian mission, the Commissars in the Kremlin hosted a dinner for Hoover’s staff. “The Union of the Socialist Soviet Republics,” they said, “never will forget the aid rendered to them by the American People.” In the same year, the communist party’s chief ideologist, Nikolai Bukharin, declared: “We need Marxism plus Americanism.” In truth, the Soviets could never combine the two, and they soon expunged the story of American generosity from their history books.

Hoover, who went on to become president in 1929, is typically criticized for his handling of the economic crisis that produced the Great Depression. Nevertheless, through five decades of public service, no statesman did more in the first half of the twentieth century to strengthen America’s identity as an indispensable defender of human dignity. In 1948, reflecting on his travels, Hoover summarized what he believed the United States meant to people around the world:

I have seen America in contrast with many nations and races. My profession took me into many foreign lands under many kinds of government. I have worked with their great spiritual leaders and their great statesmen. I have worked in governments of free men, of tyrannies, of Socialists and of Communists. I have met with princes, kings, despots, and desperadoes … I was associated in their working lives and problems. I had to deal with their governments. And outstanding everywhere to these great masses of people there was a hallowed word—America. To them, it was the hope of the world.

A century ago, America’s intervention on behalf of a political enemy did not only lay bare the abysmal failure of communism as a political ideology. It also revealed the extraordinary generosity, ingenuity, and dynamism of a nation composed of free men and women. America: the hope of the world.

Joseph Loconte is director of the B. Kenneth Simon Center for American Studies at The Heritage Foundation and the author of God, Locke, and Liberty: The Struggle for Religious Freedom in the West.

Alexis Mrachek is a researcher specializing in Russian and Eurasian affairs at The Heritage Foundation's Douglas and Sarah Allison Center for Foreign Policy.