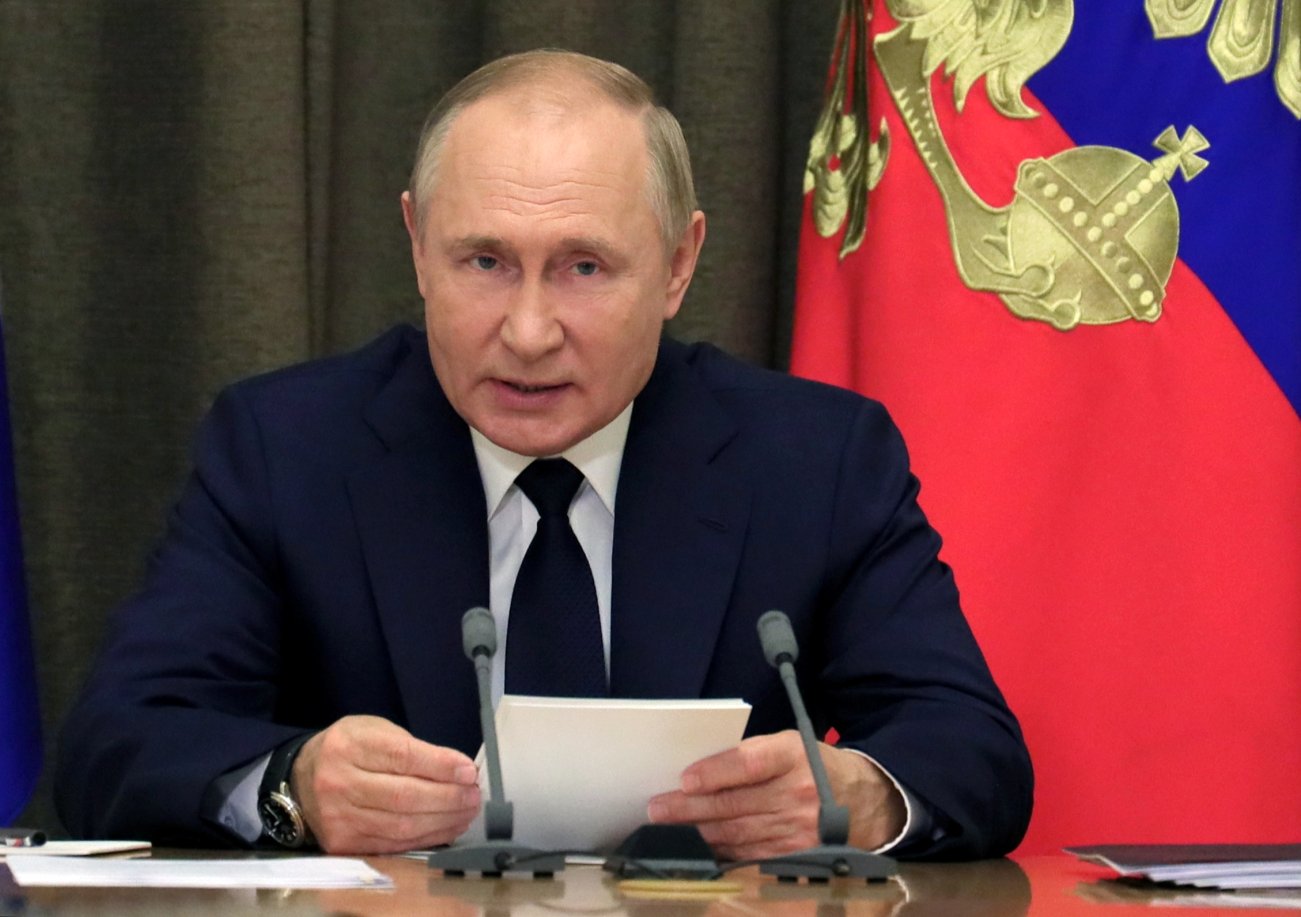 The Kremlin’s sharpened rhetoric is accompanied by what some experts believe to be the early signs of Russia’s growing preparedness to escalate the military conflict in eastern Ukraine.

“Ukraine’s internal crisis is among the most pressing and sensitive issues for us, which has so far remained unresolved,” the Russian President said on Thursday in an address delivered during a meeting of the Foreign Ministry Board. Putin accused Kiev of failing to implement the Minsk agreements, an embattled diplomatic framework for the reincorporation of the breakaway Donetsk and Luhansk Peoples’ Republics back into Ukraine. “Our Western partners are exacerbating the situation by supplying Kiev with modern lethal weapons, conducting provocative military exercises in the Black Sea and other regions close to our borders. With regard to the Black Sea, this even goes beyond certain limits since strategic bombers, which carry very serious weapons, fly at a distance of only twenty kilometres from our state border,” Putin added. “Indeed, we constantly express our concerns about these matters and talk about red lines, but of course, we understand that our partners are peculiar in the sense that they have a very—how to put it mildly—superficial approach to our warnings about red lines.”

The Kremlin’s sharpened rhetoric is accompanied by what some experts believe to be the early signs of Russia’s growing preparedness to escalate the military conflict in eastern Ukraine. Michael Kofman, director of the Russia Studies Program at the Center for Naval Analysis and a fellow at the Kennan Institute in Washington, DC, drew a direct link between Russia’s massive military buildup on Ukraine’s eastern borders earlier this year and recent Russian military activity in the same region. “These are actually not two different and distinct events,” explained Kofman at a Center For the National Interest event on Friday. “They are one series of events that’s been unfolding since the very beginning of the year.” Russia’s movements, notes Kofman, are out of cycle and not premised on any concrete military threats emanating from Kiev. He rejected the explanation, frequently cited during previous flare-ups in eastern Ukraine, that Moscow is simply trying to deter Kiev from mounting a military offensive against Russian-backed separatists in the Donbass region. Rather, notes Kofman, these movements are part of a larger trend in Russian strategic thinking on the Ukraine conflict and Kiev’s relationship with the West. Kofman clarified that a full-scale Russian invasion of Ukraine does not appear to be imminent but added that “something could happen in the coming months” as Russian military units continue to linger in the region. “It does appear that over the course of the year, the Russian military has been told to prepare for a large-scale military contingency with Ukraine—to position itself such that it could execute this type of contingency.”

“I don’t think the Russians are bluffing when they suggest that they are willing to go to war over the situation that they see in Ukraine. “They proved it before, and they have put in place the military wherewithal to be able to do that,” added George Beebe, Vice President and Director of Studies at the Center for the National Interest.

Dmitry Suslov, Deputy Director of the Centre for Comprehensive European and International Studies and Senior Lecturer at the National Research University Higher School of Economics in Russia, interpreted Putin’s speech as a “message” to NATO, the EU, and the United States. The Kremlin, in Suslov’s reading, is profoundly dissatisfied with what it sees as the West’s willingness to indulge Ukrainian president Volodymyr Zelensky’s quest to revise the Minsk agreements or to “sabotage” their implementation altogether. Suslov added that Moscow sees Western-Ukrainian military cooperation as an attempt to bring “Ukraine into NATO through the back door.” Putin and top Moscow officials are increasingly concerned that Ukraine could unilaterally opt to host NATO/U.S. bases and other military infrastructure, all but assuming the de facto role of a NATO member state without being formally accepted into the alliance. Suslov posited that the future of Ukraine and the U.S.-Russia relationship hinges on whether or not Putin and Biden are able to arrive at a “mutually acceptable modus vivendi” on Ukraine—one involving, in no small part, a significant recalibration of western political and military commitments to Kiev in its continued conflict with Moscow.

Even as he sounded the alarm over the prospect of open military conflict, Putin called on Russian foreign minister Sergey Lavrov to “push for serious long-term guarantees to ensure Russia’s security” against NATO’s eastern flank. “I don’t think the Russians actually want to invade Ukraine,” noted Beebe. “They would far prefer to find some way of reaching an understanding here that does not require war.”

“I think this is a solvable problem,” said Beebe. “It’s one that we [the United States] can manage if we show a little bit of diplomatic dexterity here, mixing resoluteness and a willingness to try to find a way out of a potential trap that we might get caught [in] here.”