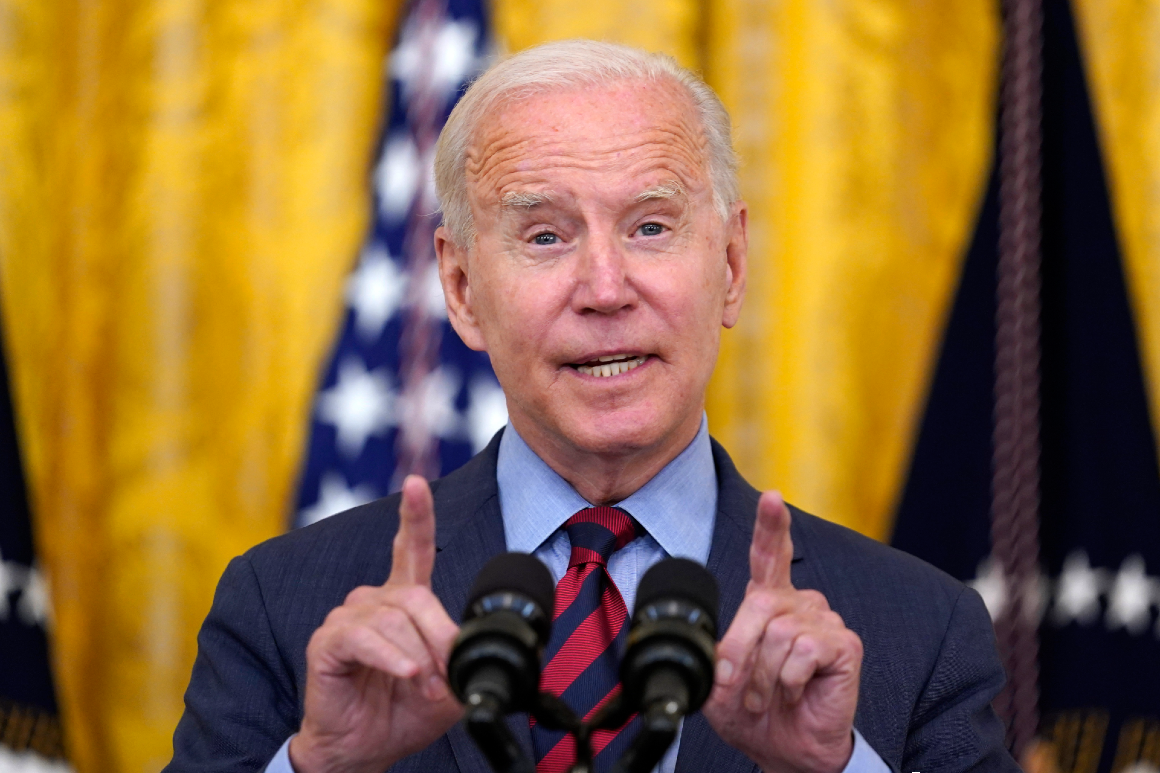 President Joe Biden on Thursday directed the Department of Homeland Security to defer for 18 months the removal of certain Hong Kong residents in the United States, citing Beijing’s crackdown on pro-democracy protesters and imposition of a strict national security law in the semi-autonomous Chinese city.

In a memorandum to Secretary of State Antony Blinken and Secretary of Homeland Security Alejandro Mayorkas, Biden reaffirmed U.S. support for “the human rights and fundamental freedoms of the residents of Hong Kong” and said his order was in recognition of “the significant erosion of those rights and freedoms in Hong Kong by the People’s Republic of China.”

In addition to his condemnation of the Beijing-backed national security law, Biden charged that China “has continued its assault on Hong Kong’s autonomy” over the past year — “undermining its remaining democratic processes and institutions, imposing limits on academic freedom, and cracking down on freedom of the press.”

The action by the American president comes less than a week after 24-year-old pro-democracy protester Tong Ying-kit, the first person to be prosecuted under the national security law, was convicted of inciting secession and terrorism and sentenced to nine years in prison.

Hong Kong police have taken into custody “at least 100 opposition politicians, activists, and protesters” on charges related to the national security law since the measure went into effect last June, according to the White House, and more than 10,000 people “have been arrested for other charges in connection with anti-government protests.”

White House press secretary Jen Psaki said in a statement on Thursday that Biden’s order demonstrated his “strong support for people in Hong Kong in the face of ongoing repression” by China, “and makes clear we will not stand idly by as the PRC breaks its promises to Hong Kong and to the international community.”

In his own statement, Blinken said China had “fundamentally altered the bedrock of Hong Kong’s institutions and suppressed freedoms of Hong Kongers,” asserting that the city’s “promise of democracy has dimmed.”

Biden’s order comes at a particularly tense moment in the diplomatic relationship between Beijing and Washington. In March, the State Department bolstered the Trump-era Hong Kong Autonomy Act by sanctioning two dozen Chinese and Hong Kong officials for undermining the city’s semi-autonomy from Beijing.

Days later, the first high-level engagement between U.S. and Chinese officials of Biden’s presidency ended in acrimony, with Blinken assessing that “there are a number of areas where we are fundamentally at odds” following a much-anticipated summit in Alaska.

Deputy Secretary of State Wendy Sherman received a similarly chilly welcome when she met Chinese officials last month in Tianjin, where the second-highest ranking U.S. diplomat raised “concerns about human rights, including Beijing’s anti-democratic crackdown in Hong Kong; the ongoing genocide and crimes against humanity in Xinjiang; abuses in Tibet; and the curtailing of media access and freedom of the press,” according to the State Department.

The supply chain crisis could last into 2023 unless governments boost spending in ports, railways, and warehouses, a shipping exec warns