A grieving mum and dad forgave the man who killed their only daughter in a car crash, even letting him move into their home while he awaited trial.

Elizabeth and Fernando Jimenez were ‘consumed with grief’ when their beloved daughter Maria, a student at the University of Brighton, died weeks before her 24th birthday in 2017.

She’d asked friend Nick Tay to drive her home because she’d be drinking wine at a dinner with other members of their church music group.

Despite being uninsured, Nick agreed but he crashed on the A3 outside Guildford, Surrey, veering across two lanes and hitting the central reservation before flying off towards a verge.

Nick, who only suffered minor injuries in the crash, had been speeding at 110mph, double the speed limit for the dual carriageway.

Maria was not wearing a seatbelt and was thrown from the car in an incident which police later called ‘entirely preventable’.

Fernando, 63, initially blamed both himself, for buying Maria the car, and Nick who he said he wanted to ‘kill with a machete.’

‘These revenge fantasies initially got me through, but I also knew I didn’t want to end up a bitter man,’ he told the Forgiveness Project.

Elizabeth, 50, reacted differently from the start and said she very quickly began to worry whether Nick was ok.

She told The Mirror that while in hospital waiting to identify the body of her daughter, ‘suddenly I thought “Wait a minute, who is with Nick at the police station?”

‘I knew his family lived in Singapore. He must be desperate. I had never met this man before.’

Elizabeth wanted to see Nick straight away but he was in custody. When he was released on bail, they arranged to meet. 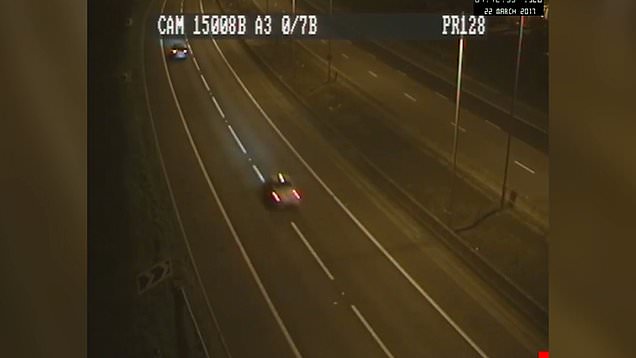 When all three were eventually in the same room together, Nick hugged Fernando and asked him to forgive him.

At this point Fernando felt his anger disappear and he said from then on, Nick became ‘like a son’ to him.

The three forged a strong bond as they waited for the case to come to court.

Nick, whose family were still in Singapore, had nowhere to go so the Jimenez’ invited him to stay with them in Guildford.

He ended up living with them for six weeks and they bonded over long walks and cooking meals together.

He was jailed for five years and disqualified from driving for four and a half years.

Elizabeth said: ‘Going to prison was extremely traumatic for Nick. He felt such deep guilt and remorse.

‘With his family in another country I began to visit him every week. Things improved for him when he was moved to Maidstone Prison and joined the Beating Time choir.

‘That made such a difference to him because it meant time together with others and space to sing. And crucially he found a way to express extremely complex and painful feelings.’

Nick was released after three and half years and was immediately deported to Singapore.

Elizabeth and Fernando, who are originally from Costa Rica, keep in touch with Nick and are hoping to be able to visit him once Covid restrictions allow.

Elizabeth has become a Reconciliation Ambassador for the prison charity, Beating Time, and helps prisoners and their families overcome the different challenges that imprisonment brings.

BBNaija: Why I didn’t reveal my mum was a senator –Jackie B

Wetherspoons superfan on mission to visit every pub despite being teetotal