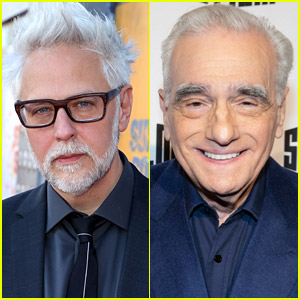 James Gunn, the director of the new The Suicide Squad movie, went on the Happy Sad Confused podcast and revealed his thoughts on those infamous Martin Scorsese comments about the Marvel Cinematic Universe.

In an op-ed for the New York Times, he said, “So, you might ask, what’s my problem? Why not just let superhero films and other franchise films be? The reason is simple. In many places around this country and around the world, franchise films are now your primary choice if you want to see something on the big screen.”

Now, James is revealing that Martin said all of this, in his opinion, to get press for his 2019 movie The Irishman.

“I just think it seems awful cynical that he would keep coming out against Marvel and then that is the only thing that would get him press for his movie. So he just kept coming out against Marvel so that he could get press for his movie. He’s creating his movie in the shadow of the Marvel films, and so he uses that to get attention for something he wasn’t getting as much attention as he wanted for it,” James said on the podcast.

He continued, “He’s one of the greatest filmmakers who’s ever existed. I love his movies. I can watch his movies with no problem. And he said a lot of things I agree with. There are a lot of things that are true about what he said.”

He added, “There are a lot of heartless, soulless, spectacle films out there that don’t reflect what should be happening. I can’t tell you the amount of times I’ve talked to film directors before they went and made a big movie, and said, ‘Hey, we’re in this together, let’s do something different with these big movies. Let’s make them something different than everything that has come before them.’ And then see them cater to every single studio whim and be grossed out, frankly.”

Brian Laundrie's federal arrest warrant isn't directly related to Gabby Petito's murder, but it will likely give authorities a boost in their search for him

The Big List of Cologne Sales and Marketing Events