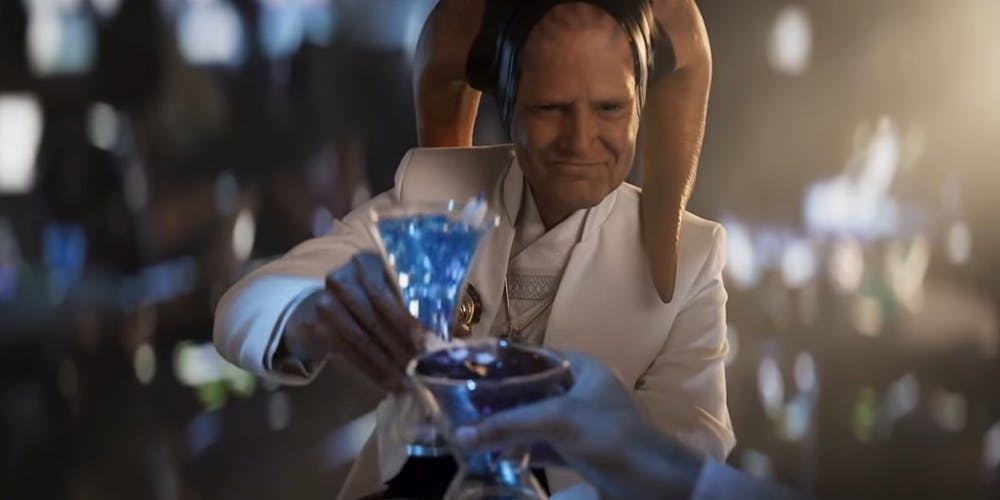 If you have several thousand dollars to burn, then Disney has a new suggestion for how to spend it: A luxury Star Wars hotel where you're immersed in a galaxy far, far away. Not the grim parts with terrorist attacks and Sith Lords, obviously. A more upbeat kind of Star Wars experience, described as "part live immersive theater, part themed environment, part culinary extravaganza."

"Galactic Starcruiser" is a new addition to Walt Disney World, attached to Star Wars: Galaxy's Edge, the elaborate theme park featuring the Millennium Falcon and the planet Batuu, which has its own internal narrative in Star Wars canon. The hotel experience involves bridge crew training and lightsaber training along with a visit to the park. However, a lot of fans are raising their eyebrows at the hefty price tag: $6,000 for a two-night family trip and $4,800 for couples. Potential upgrades include "windows" that look out into space, emphasizing the idea that the hotel is actually a spaceship.

As many people have pointed out, this is essentially a very expensive LARP. The hotel's FAQs encourage visitors to wear costumes and promises that you will meet Star Wars characters and help them on missions during your stay. Disney has found a new way to monetize (and canonize) a type of creative fan activity that's already been around for decades.

On the one hand, the Starcruiser looks incredibly cool if you like the idea of being immersed in a hyper-realistic Star Wars environment. On the other hand, it's only available if you're very rich, which adds an ironic twist to the idea of roleplaying as (for example) a hardscrabble rebel pilot at a dangerous spaceport full of smugglers.

Is this a unique, enthralling opportunity for Star Wars fans to live their dreams? Or yet more evidence of Disney's commercial stranglehold on pop culture? Well, can it not be both?

The problem with OnlyFans’ mainstream dream