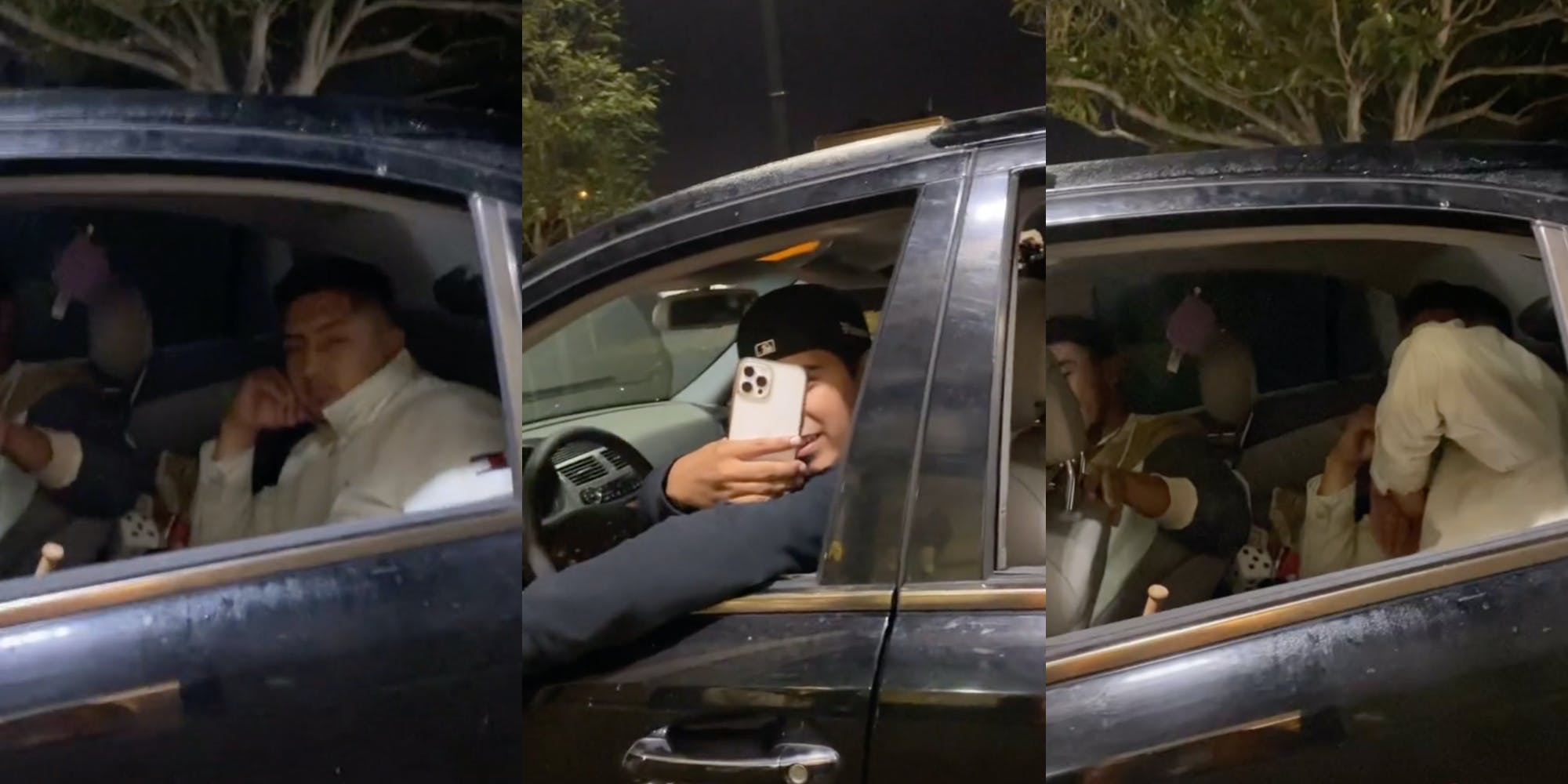 A TikToker filmed a car full of men mocking her job as a McDonald's worker.

The resulting video has earned @yglingling more than 400,000 views, along with tens of thousands of likes. In the most popular video on her page, the young TikToker confronts a group of men waiting outside the drive-thru window.

"Do y'all wanna be TikTok famous?" @yglingling asks the men as she approaches the window. Outside, three men can be seen in a black car. The driver has his own phone out and is recording @yglingling as she says that "these bitches are so bothered by me working."

Noting that it is "midnight,"@yglingling accuses the men of being "high" in the drive-thru. The men snicker to one another before one calls @yglingling a "bitch" and tells her "you work at McDonald's, shut the fuck up."

In a storytime posted a day after the viral video, @yglingling explains that the encounter actually occurred at 3am. She says the men were speaking far too softly when they attempted to order, forcing her to ask them to speak up several times. She says that she was wearing a single airpod in her ear that didn't have the headset on it, as it was a slow night shift and she needed entertainment to keep her lively.

She says this became an issue for the men after she asked them to speak up again, which they blamed on her airpod. She says that when they asked for her name and the number for corporate, the interaction escalated. The viral video shows moments of the following conversation, before @yglingling's manager reportedly decided to call the police on the men. She says they left soon after.

Commenters largely sided with @yglingling, noting that night shifts are long and dull and require entertainment. A number of people who've worked similar jobs noted their own tendencies to have airpods in on the job and told @yglingling that she is "not in the wrong."

Some people disagreed, however, and blasted @yglingling for her use of airpods while on the job. They told her that the interaction was her fault, with one commenter saying that "you should know your place as a worker."

Most everyone else fixated on the men's hang-up over @yglingling's job as a McDonald's worker.

"NOT OKAY TO MAKE FUN OF HER JOB!" one said.

"Work is work! She getting the bag," another noted.

"You go girl! Don't ever be ashamed of your hustle," a third commented.

People mocked the men for acting like "little boys" and applauded @yglingling's patience. They urged her to keep up the hard work and ignore the haters, with one commenter noting that they've "never seen that many cockroaches in a car."

@yglingling couldn't be reached for comment by the Daily Dot.

The post McDonald’s worker puts men who made fun of her job on blast in viral TikTok appeared first on The Daily Dot.

Where are the 24 hour petrol stations in the UK?