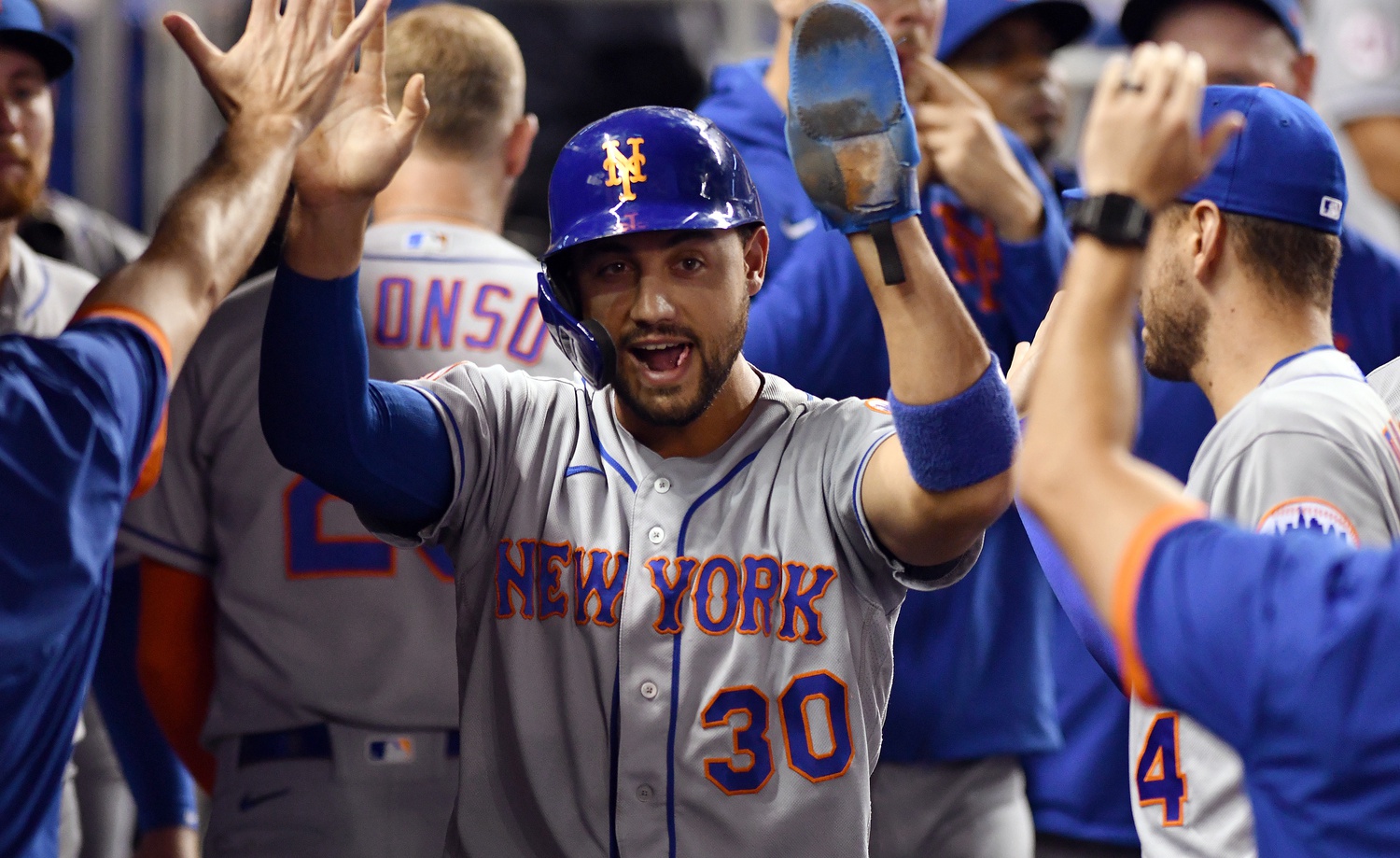 Wednesday night, New York broke a three-game losing streak by defeating Miami, 5-3. Carlos Carrasco looked sharp, working four scoreless innings with ease before running into some trouble in the fifth. The right-hander wasn’t quite able to get through that fifth inning as he built up his workload, but still managed a solid line: 4.1 IP, 5 H, 2 ER, 0 BB, 5 K, on 62 pitches.

Javier Baez was the highlight of the offense for the Mets, featuring a stellar slide, and a solo home run to give New York a late lead. Other than a Jesus Aguilar solo home run, the bullpen kept the Marlins’ bats quiet, and Trevor May (fourth save) took closing duties with Edwin Diaz on paternity leave.

Today, the Mets and Marlins finish off a four-game series with a 12:10 PM getaway day game. Rich Hill (6-4, 4.10) will make his third start as a Met. In each of his first two starts, against Toronto and Cincinnati, the veteran left-hander went five innings, allowing three and four runs, respectively. Hill will look to give the team some depth, as it’s now been 13 consecutive games without a starter lasting six innings.

For the Marlins, it will likely be a bullpen game, as Rookie of the Year candidate Trevor Rogers was scratched. Jordan Holloway may be asked to eat some innings for the Marlins — the 25-year-old right-hander has made 13 appearances (four starts), to the tune of a 3.43 ERA.

Though many Mets fans may salivate over the possibility of a Lindor-Baez middle infield, a Jon Heyman report says that that might not be the case as often as we hope. According to that report, the Mets are considering moving Baez to third when Lindor returns, and keeping Jeff McNeil at his best defensive position, third base.

The Oakland A’s signed Khris Davis to a minor league contract. The team hopes Davis can be a shell of his former self, when the slugger ripped off three consecutive 40+ home run seasons from 2016-2018 (with a .247 BA each year!).

Free-agent left-hander Cole Hamels officially signed with the Dodgers yesterday. Over 422 career starts, the journeyman has a 3.43 ERA, and four All-Star selections.

Read Jeff Passan’s comprehensive trade deadline review, where he details the impact of recent trades on this season and beyond

Alex Coffey wrote a piece about the Kumar Rocker situation, and how other pitchers in the past have dealt with similar situations.

Hall also wrote about Taijuan Walker’s recent struggles, and how the timing of his regression isn’t ideal for New York.

Kings open camp with desired mix of veterans and youth