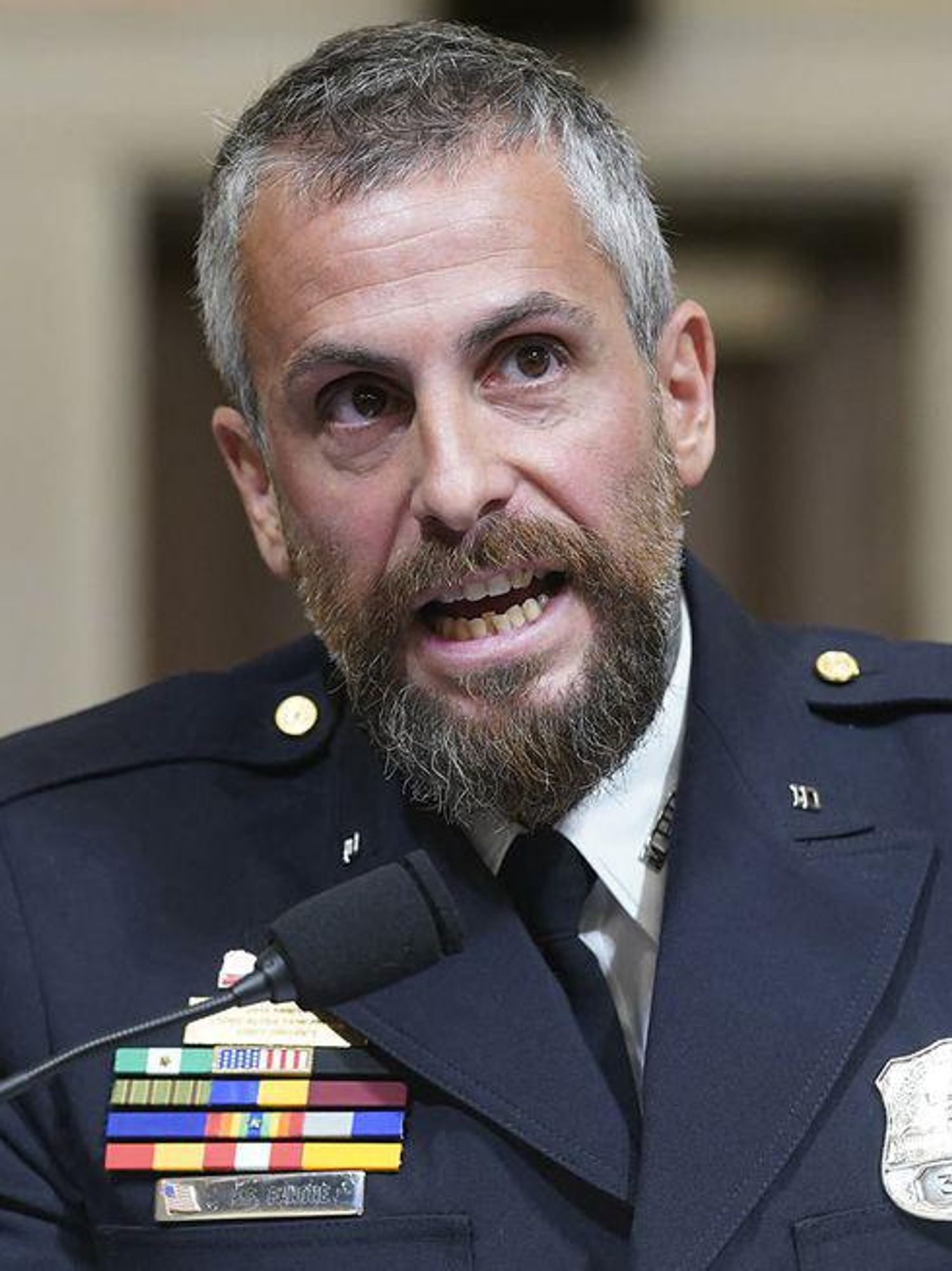 One of the heroes of Jan. 6 feels alienated from his fellow police officers and other Americans after nearly losing his life during the violent assault on the U.S. Capitol.

Officer Michael Fanone, of District of Columbia metropolitan police, suffered a heart attack fighting back Trump supporters attempting to overturn his election loss, but he's found few friends since going public to set the record straight on what happened that day -- despite gaining fame he didn't exactly want, according to a Time Magazine reporter who spoke him at length.

"He doesn't have a lot of friends and allies in the law enforcement communities and in the Republican Party, and even in the Democratic Party there are a lot of people who don't necessarily want to hear what a redneck cop has to say about how we should support law enforcement in the country," reporter Molly Ball told MSNBC's "Morning Joe." "So he's a man alone. He's a man whose story needs to be heard, a man who's determined to fight for the truth no matter what it costs him -- and it's cost him everything."

Ironically, she said, Fanone voted for Trump himself in 2016 due to what he felt was a lack of support for police by Democrats, only to find himself battered with "thin blue line" flags wielded by Trump supporters.

"He did vote for Donald Trump in 2016, and we talked about the reasons for that and how, you know, as a white cop patrolling Black neighborhoods, which is what his job basically consisted of, he felt liberal politicians in the media created divisions in the society and turned people against the police," Ball said. "You can agree with that or not, but there are a lot of cops to felt that way, there's a lot of people with whom Trump's message of 'blue lives matter,' as a clumsy and perhaps not actually followed through on as you can say it was, but that resonated with a lot of people in law enforcement who felt like they weren't getting a lot of support in other places."

"So, you know, this is a guy who, like I said, he's culturally conservative, calls himself a redneck, likes nothing better than hunting and fishing and being with his family, and he's dragged into this political fight but he's not going to back down," she added.

Jake Gyllenhaal Relied a Lot On Zoom To Make 'The Guilty'

150 people were stranded on top of the world's highest observation wheel in Las Vegas. Terrifying videos show passengers trapped inside glass pods as they tilted precariously.