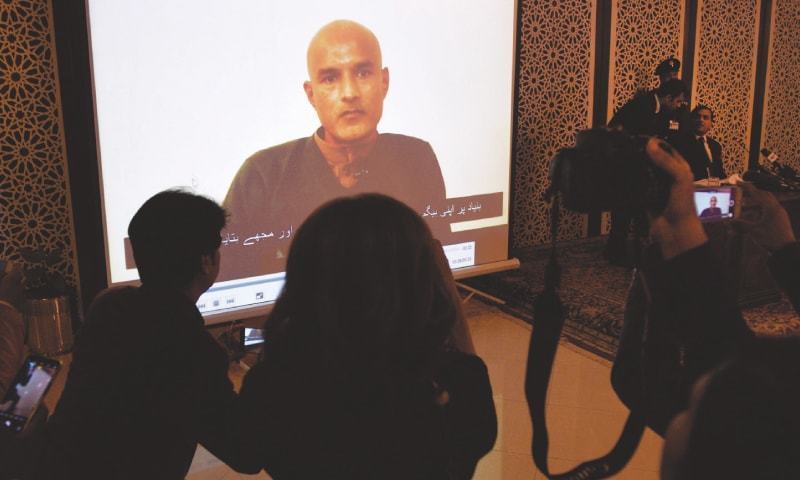 ISLAMABAD: The Senate Standing Committee on Law and Justice has called upon the government to consider giving citizens the right to appeal against the verdicts of military courts and, if needed, consider amending the Pakistan Army Act.

The senators opposed the grant of such a concession to Indian spy Kulbhushan Jadhav.

During a debate on the International Court of Justice (Review and Reconsideration) Bill here on Wednesday, members of the committee criticised the law ministry for introducing a Jadhav-specific law since the proposed legislation would enable him to challenge the military court’s verdict in the Islamabad High Court.

The National Assembly has already passed the bill.

Kulbhushan Jadhav, an Indian navy commander, had entered Pakistan on March 3, 2016, and was arrested during a counter-intelligence operation in Mashkel, Balochistan.

Jadhav confessed during interrogation that he worked for the Indian intelligence agency, Research and Analysis Wing (RAW), and that he had carried out espionage and terrorist activities in Sindh and Balochistan.

He was awarded the death sentence by a military court in April 2017. But the International Court of Justice (ICJ) issued a stay order against the conviction.

The ICJ held that an appropriate remedy in this case would be a “review and reconsideration” of Jadhav’s conviction and death sentence.

A meeting of the Senate Standing Committee on Law and Justice discussed the bill aimed at granting the Indian spy a right to appeal against his conviction.

Advocate Farooq H. Naek pointed out that the ICJ had not ‘directed’ Pakistan to carry out legislation for giving relief to Kulbhushan Jadhav. Instead, he added, the court had used the words “if necessary, then Pakistan may go for legi­slation”.

Azam Nazeer Tarrar, a PML-N member, pointed out that a Pakistani citizen did not have a right to challenge the decision of military courts since the Pakistan Army Act contained no such provision.

While the senators termed the legislation unnecessary, Law Minister Dr Farogh Naseem expressed apprehensions that India could file a contempt of court petition against Pakistan and move the United Nations Security Council to impose sanctions.

But Senator Raza Rabbani reminded him that there was no provision of initiating contempt proceedings in the ICJ’s statute. He recalled that once the United States had vetoed a resolution brought by Nicaragua for not implementing the ICJ’s order.

“Pakistan has strategic partners who can use the veto power to rescue it against such a move.”

Barrister Zafar, the committee’s chairman, agreed that the legislation was necessary since Pakistan is a signatory to the Vienna Convention. “It is Pakistan’s obligation to pass a law giving the accused the right to review as provided for in the Convention.”

He, however, added that all laws made by parliament must comply with the country’s Constitution and must be in the nation’s interest.

“Laws should be for everybody and must not be person-specific nor should they compromise the country’s sovereignty,” Senator Zafar observed.

He suggested that the draft bill be amended as, in its present form, it appeared to contain an admission that Pakistan had not given the right to appeal to Jadhav and was passing this law simply because the ICJ had asked it to do so.

Senator Zafar said the law should only refer to the Vienna Convention and adopt the provision of providing a review instead of being “person-specific”.

He said the bill can be passed after these amendments in line with the Vienna Convention.

Senators Kamran Murtaza and Tarar said the law would be violative of the Constitution if it did not apply to both foreigners and Pakistan nationals.

Senator Farooq Naek stated that the proposed law was not in accordance with the Vienna Convention, but the law minister interjected it was needed all the same to comply with the ICJ’s directive.

Barrister Zafar wrapped up the debate by reiterating that the legislation was a requirement and the standing committee was making observations and suggestions on how to improve the draft.

During a discussion on the proposed anti-rape law, Barrister Zafar observed that it “touches the heart and mind of every Pakistani”.

All members of the standing committee endorsed the observation and suggested amendments to the bill to ensure its compatibility with the legal system.

The committee decided to first take up clause-by-clause discussion of the bill during the next meeting.