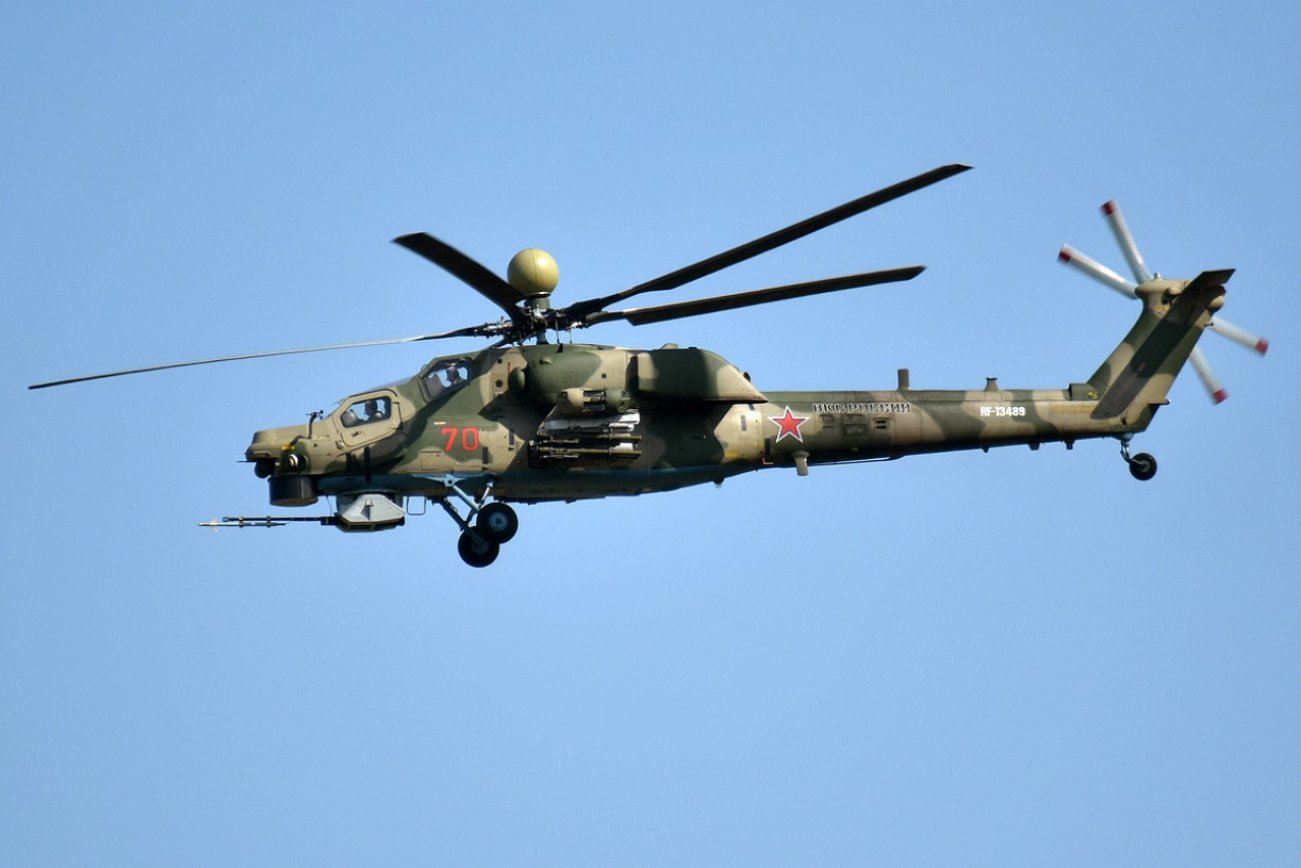 This upgraded helicopter is decently modern and features abilities that American helicopters already have. Also, like other weapons, Russia is testing this platform out in Syria's Civil War.

Here's What You Need to Remember: The Mi-28NM is part of Russia’s plan to modernize its attack helicopters, but much of its new technology is commonplace for Western helicopters.

Prowling the skies of Syria is the “Night Superhunter.”

It’s not a comic book superhero, but the newest Russian attack helicopter.

This first appeared in 2019 and is being reposted due to reader interest.

The Mi-28NM, the latest upgrade of the Mi-28 (NATO code name “Havoc”), is equipped with advanced sensors that enable it to conduct night operations, according to Russia’s Izvestia newspaper.

“The main novelty of the Mi-28NM is the N025E radar, which was previously installed only on export models,” Izvestia says. “The antenna receiving and transmitting part of the radar is located above the rotor of the helicopter. From the side it looks like a ball - it is a special fairing made of radio-permeable material. Such an arrangement of the radar gives a circular view, and also allows you to receive a radar image of the terrain, hiding in uneven terrain behind artificial and natural obstacles while remaining invisible to the enemy. On the battlefield, the radar station can effectively operate from ambush, the first to strike unexpected blows at the enemy.”

Significantly, given Russia’s recent willingness to deploy military force abroad, the Izvestia article emphasized that the Mi-28NM’s VK-2500P-01/PS engine can operate in harsh climates: “New design solutions guarantee reliable operation in areas not only with a temperate climate, but also in desert areas with high temperatures, as well as in conditions of high mountains, such as, for example, in Syria.”

In addition, the newest Havoc has networking capabilities. “Electronics will allow pilots to receive target designations from advanced aircraft designers and intelligence units, which will greatly increase the effectiveness of interaction with ground forces, since the detected targets can be destroyed almost instantly,” says Izvestia.

The Mi-28NM is part of Russia’s plan to modernize its attack helicopters. “In addition to the Mi-28NM, it will also touch the MI-35 series,” Izvestia says. “This year, the program for upgrading Mi-35M helicopters to Mi-35MV starts: new armor, engines and long-range optics will be installed on them, which will allow them to find targets and destroy them at any time of day and in any weather at a distance of several kilometers. Helicopters will also receive an electronic warfare system and protection from man-portable air defense systems. The new equipment will turn the helicopter into a modern flying airborne assault vehicle.”

What’s interesting is how much of the technology touted by Izvestia is commonplace in Western militaries. For example, since the late 1990s, the U.S. AH-64D Apache Longbow has had a radar mounted to the top of its mast (the vertical shaft to which the rotor is attached). Tactical networking, in which a vehicle or aircraft can pass on targeting data to another platform that launches a missile, is also common. U.S. Apaches have sophisticated radar and thermal sensors for nocturnal operations.

Still, the Mi-28NM indicates that Russia continues to improve its attack helicopter capabilities.

This first appeared in 2019 and is being reposted due to reader interest.

'A New Low': Pakistan Says India Has No Locus Standi on 'Abduction' of Afghan Ambassador's Daughter

The World to Come review – secret passions in frontier-era America