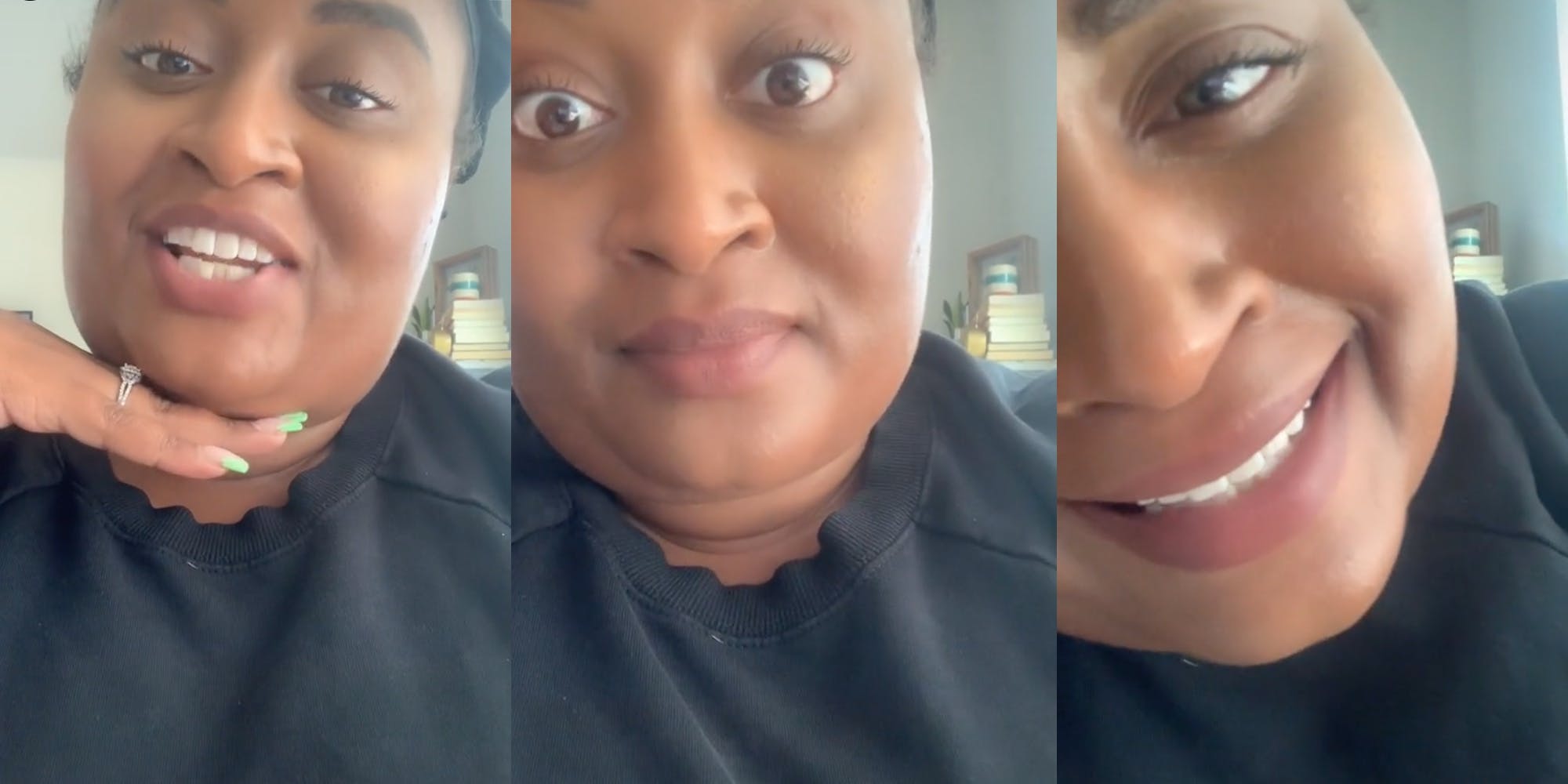 The past year and a half has given many of us a wake-up call about how much healthcare workers do for us. So many of them struggled through the pandemic, showing up for work and caring for people at the risk of their own health and emotional wellbeing. However, according to one viral TikTok, they are still being undervalued.

TikToker Alex Symone recently shared an experience she had with a recruiter who offered her a job based on a recent interview she had to be a medical assistant.

Symone says the woman first repeated her credentials to her to confirm that she has almost 10 years of experience, two degrees, and just recently renewed her Basic Life Support (BLS) and CPR certifications.

After confirming all of these things, proving Symone's qualifications and experience, she says the woman offered her a rate of $17 an hour.

“It’s the audacity for me,” she told her viewers.

The state of wages in the U.S. has been a hot topic for some time now, and North Carolina, where Symone lives, is among the 21 states that still utilize the federal minimum wage of $7.25 per hour.

While $17 an hour is a far cry above that, it’s still a shocking wage for someone with multiple degrees and 10 years of experience in any field, and that rate could easily result in less than $30,000 a year after taxes despite working full time. By comparison, the median wage for baby boomers of the same age (Symone is turning 30-years-old) in 1984 —37 years ago—was $18.99 per hour.

Commenters were horrified at the offer, with some noting that they make more at jobs requiring far less experience.

“USPS pays that for no experience at all starting pay,” another said.

Symone’s situation is far from unique. As a whole, millennials are making far less than their baby boomer counterparts were at the same age, despite often being more educated and despite the economy being more productive in their lifetime.

“I have 3 degrees and a hospital offered me 16 an hour,” one user replied.

“Girl you sound like us teachers!!!” @mrsrhodesmath commiserated. “2 masters degrees and paying us 38k a year.”

Another TikToker said that looking for creative work has similarly left her highly undervalued, despite a degree and several years of experience. One potential employer even listed a reasonable salary in the job listing and then switched it out when she was interviewed—offering a mere $11.25 an hour.

Symone followed up and said she was able to find a higher paying job that fit her needs, which she said fell between $22 and $26 per hour. Still, her initial video struck a nerve with many viewers baffled and frustrated with the rates for workers as experienced and educated as Symone.

“This is exactly why healthcare employees are doing walkouts,” she said in her viral video.

Everything you need to know about 'Money Heist' before season 5