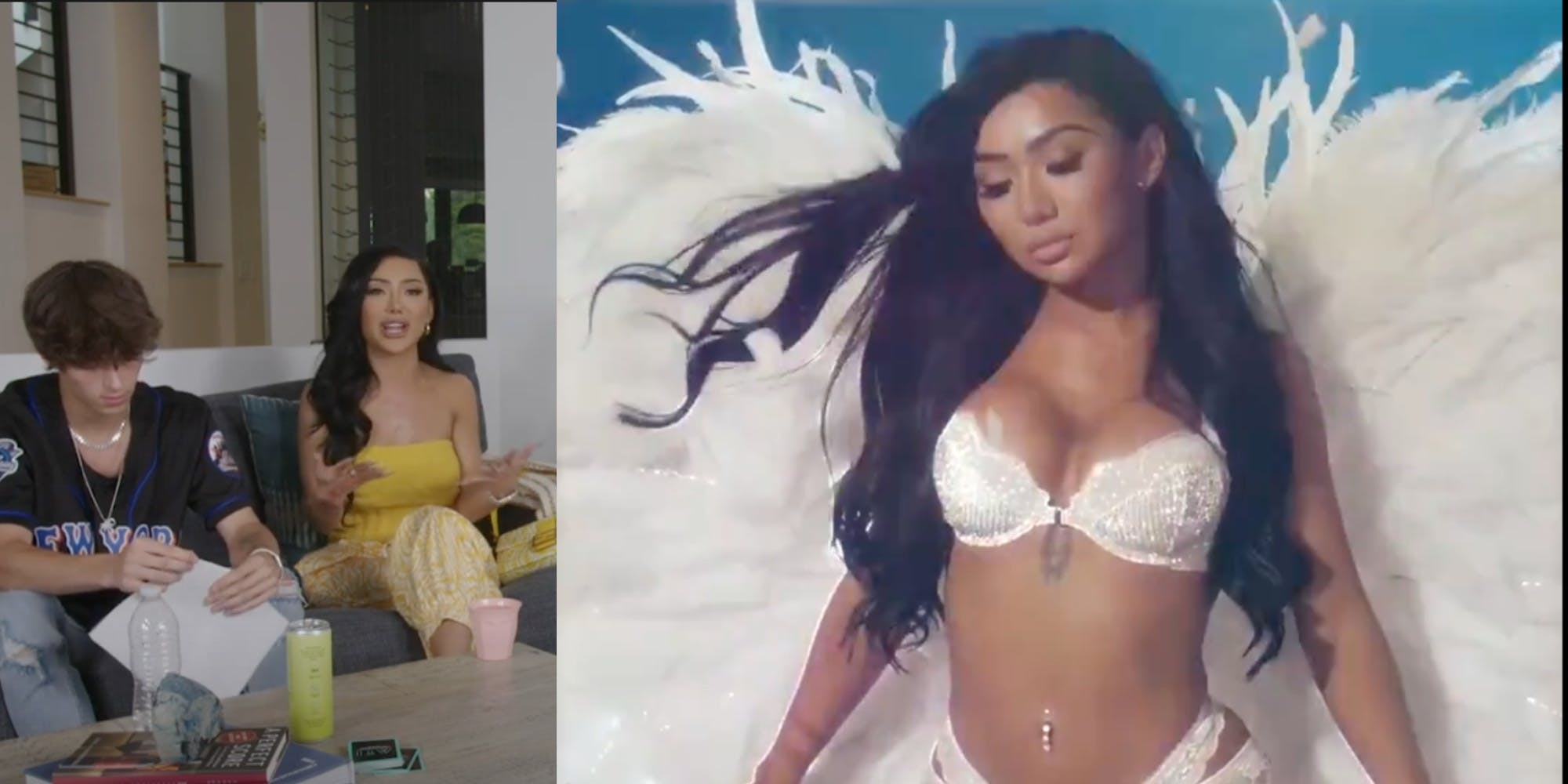 Trans influencer Nikita Dragun says she was sued by Victoria’s Secret for a viral video she made back in 2018.

The video was a response to then-chief marketing officer Ed Razek’s statements about trans models disrupting the Victoria’s Secret runway show "fantasy" and why the company did not employ trans models at the time.

Dragun’s video, which is done in the style of Victoria's Secret Christmas advertisements, got over 30 million views and Twitter called it “the most powerful clapback in the history of ever.”

In a recent podcast episode of Barstool Sports’ BFFs, Dragun revealed that she was sued by the lingerie company at the time. The podcast’s hosts Dave Portnoy, Josh Richards, and Brianna LaPaglia spoke to her about the incident.

“They went about it in a crazy way,” Dragun says.

"They found out [the house] where I shot it at, they were able to contact them and the house tried to sue me for filming in their house and publicizing it. And I was like, 'Wait, what? This is crazy. They’re trying to sue me for a cute quarter of a million, which is a little crazy.'"

Dragun says she discovered it was Victoria’s Secret, not the Airbnb house, that had filed the lawsuit, reports Yahoo News.

She also claims she made no money from the video since she did not post it on YouTube, but felt passionately enough about the project to dig into her own pockets to make it happen. This fact helped her lawyer make a case for her and ultimately she did not have to pay, Dragun says.

"That was the video that really took me to a different level and it was crazy," she adds.

Razek has since left the company, and Victoria’s Secret recently announced it will be replacing the VS Angels with the VS Collective which, instead of its usual models, will feature athletes, activists, and other celebrities with a wider range of body types.

Dragun says she ultimately made the video to prove a point that the “fantasy” can be sold by more than one type of person to more than one audience.

"They can hire whoever the fuck they want, but if they’re gonna say that trans women and plus-size women can’t sell a fantasy—that was the quote that blew up—that’s what I had a problem with," she said. "Your brand is sold worldwide, it’s a huge brand, why not sell more product? Sell different sizes, sell this, showcase your product that it can look amazing and you can make a plus-size woman look like an angel. Sell that fantasy. Anyone can buy panties. We as women we can go to Walmart to go get underwear but why do we go to Victoria’s Secret? It’s amazing, it’s the feeling, it’s that sexiness. So why not have that accessible to everyone? ...It's really that simple."

The Daily Dot reached out to Victoria's Secret and Dragun for comment.

The post Influencer Nikita Dragun reveals she was sued over 2018 viral video responding to transphobic remarks from Victoria’s Secret executive appeared first on The Daily Dot.