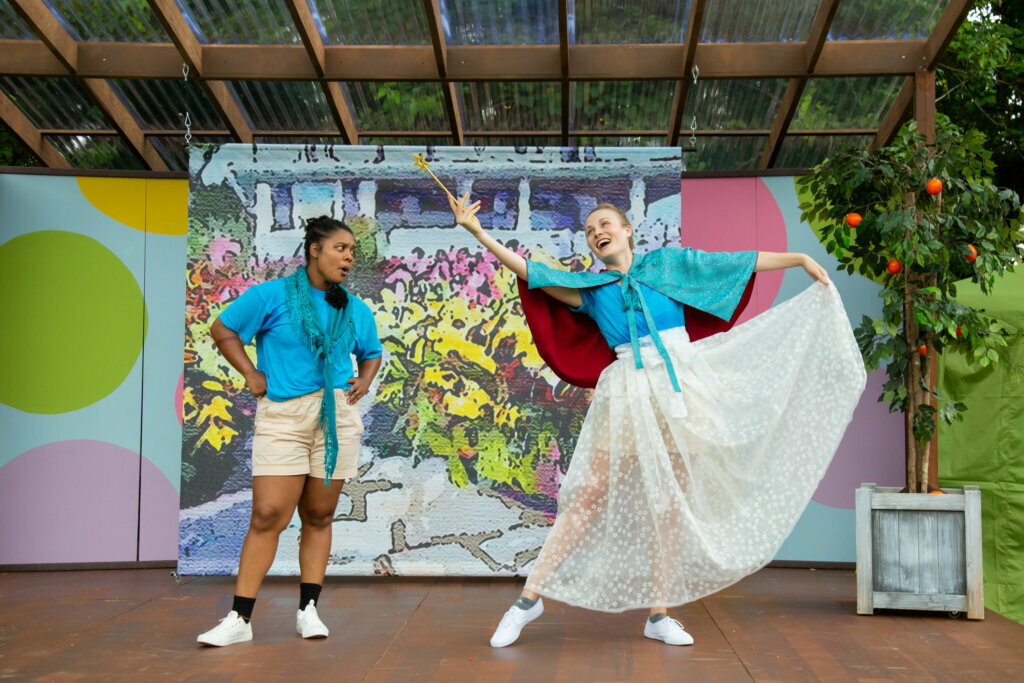 In-person performances are officially back at Adventure Theatre in Glen Echo, Maryland.

“[We’re] doing a live presentation in one of the grassy areas in the park,” Artistic Director Chil Kong told WTOP. “We are literally constructing a stage. COVID did a lot of things, including redefining space for everyone. We created a new space that allows people to come and congregate outside in the sun, and we’re building a stage in this grassy area.”

The show features two one-act plays, including “The Flood in the Future” by Lyra Yang.

“‘What happens when the Great Flood comes?” Kong said. “It is about a girl who decides to give up her youth to save the world. … It is a fun adventure trying to find out how we protect our future. … Every culture has a Flood Myth. Lyra is ethnically Chinese American, so she has lots of stories of Chinese flood myths. It deals with the old goddess Nü Wa.”

The second one-act play is called “From Cinders to Ella” by Michelle Lynch.

“She took on this mantle of the Cinderella story,” Kong said. “There’s a lot of Cinderella stories, so she came up with this idea: How about we create a Cinderella story that has no men in the story? So, it is a loving story about how women can inspire themselves and work out what they need to in order to have a full life and what a Cinderella can be.”

It’s all brought to life by Director Stan Kang, a native of Arlington, Virginia.

“This beautiful set piece [with] a pagoda that has an elevated top cap,” Kong said. “The stage itself has these magic panels that slide in and out. … You’ll see beautiful blue silk that represents the rivers. … When Cinderella has an argument with her stepsisters, things break or rip. … This idea of magic is started by the Fairy Godmother using a wand.”

While the new production is outside, mask protocols will still be followed as Adventure Theatre safely returns to in-person performances after more than a year of digital shows.

The outdoor series sets the stage for Adventure Theatre’s 70th anniversary this fall.

“Adventure started out as a collective of mothers and younger adults who wanted to engage kids, especially in the Glen Echo area,” Kong said. “This park at that time wasn’t doing a lot, so that started this giant endeavor. Our mission is to engage stories and future artists and give them a platform to tell their stories. We train and show them what to do.”

Listen to our full conversation here.