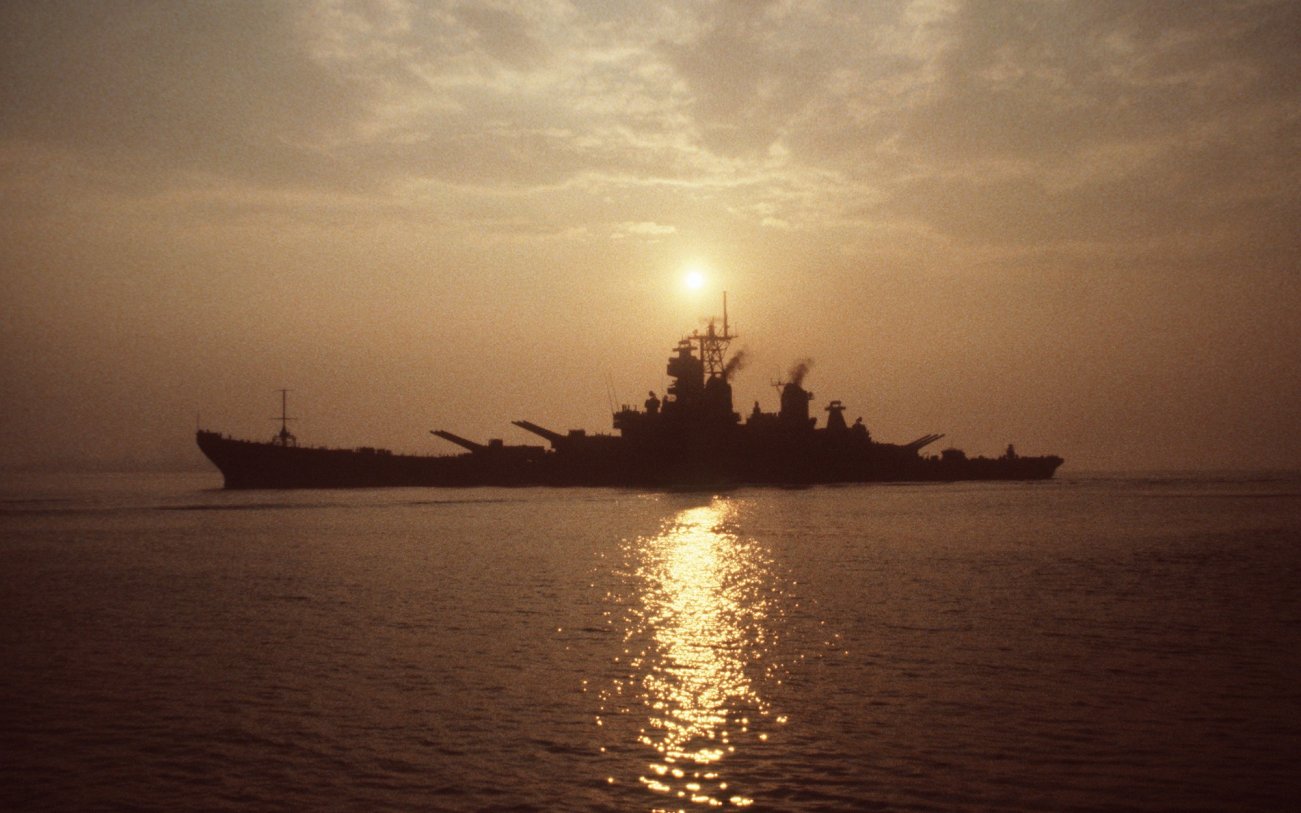 Named for Armand Jean du Plessis, Duke of Richelieu and commonly referred to as Cardinal Richelieu, the battleship was the lead ship of a new class that was built as a response to the Italian Littorio-class.

From the year 1066 with the Norman Conquest of England to 1815 with the end of the Napoleonic Wars, the French and English/British fought literally dozens of wars. However, the final Anglo-French conflict actually took place during the Second World War, which began on September 23, 1940, when the British began the Battle of Dakar as part of Operation Menace.

The plan was to capture the strategic port of Dakar in French West Africa, which was under the control of the pro-German Vichy French government. The plan was unsuccessful and Dakar remained under Vichy control, but one of the targets was the fast battleship Richelieu.

Named for Armand Jean du Plessis, Duke of Richelieu and commonly referred to as Cardinal Richelieu, the battleship was the lead ship of a new class that was built as a response to the Italian Littorio-class. The French warship was a modern yet unique design that featured her main battery in a pair of large quadruple turrets with 15-inch guns that were mounted entirely forward of the superstructure. The placement was meant to reduce the total length of the armored belt needed, which in theory saved weight, but because the designers stretched the distance from the two turrets to reduce the likelihood that both could be damaged in a strike the savings was essentially negated.

A concern was that if a single turret were disabled, the ship would lose fifty percent of its overall firepower, but each turret was also divided in half by a bulkhead of 45mm. Each half thus contained two of the 15-inch guns, which were fed by their own respective magazine below decks. Therefore the only thing the two compartments actually shared was the barbette.

Richelieu was also armed with three sets of triple 6-inch guns mounted aft of the superstructure in smaller traversable turrets. She was also equipped with an aircraft deck with an integrated hanger, which allowed the battleship to carry up to four seaplanes for use in reconnaissance and artillery spotting sorties.

The warship was actually commissioned in April 1940 and completed just days before the German blitzkrieg resulted in a quick victory following the Battle of France. Richelieu fled to Dakar to keep the ship in French control. However, the British feared the ship could still fall into German hands.

London hoped to compel the crew to join the Free French Naval Forces or at worst scuttle her. When the crew opted to do neither, the British launched a series of attacks.

The Vichy-French warship was damaged but slowly repaired.

When American and British forces landed in French North Africa as part of Operation Torch in November 1942, the Germans invaded and occupied Vichy-France. Admiral François Darlan, the Chief of Staff of the French Navy, who had refused to hand over the ship to the Free French and ordered her to Dakar, finally decided to defect to the Allies with the rest of the French fleet.

Despite the fact that Germany and Italy still retained a number of battleships, the United States wasn't actually in need of additional warships. It had built a number of fast battleships and had enough for service in both the Pacific War as well as to aid the British in the Atlantic. However, it was soon apparent that even as the French warship wasn't needed for the war effort, it would be a major symbol of national prestige for France while it could also reinforce the British navy in the Mediterranean where Italy still possessed three battleships.

It was determined that Richelieu, being the only French battleship still in service, would be modernized in New York. During the upgrade, she received the latest air and surface radar and she received additional guns. She later took part in operations off the Norwegian Coast.

Interestingly enough, the French battleship wasn't deployed for use in the Normandy landings, in part because she seemed to perform poorly as a gunnery platform. Instead, she was sent to the British Eastern Fleet and then took part in a number of operations with the British Fleet in the Far East.

After undergoing another refit, she represented the French at the Japanese surrender in Tokyo Harbor during the "Show of the Force" of Allied warships. She then escorted a French troop convoy to Indochina to re-establish French colonial rule and was used with mixed results to bombard shore targets during the First-Indochina War. She remained in service in the 1960s as a training ship, and was scrapped in Genoa, Italy in 1968.

Richelieu has a unique distinction of being in the service of both Axis and Allied forces in World War II, yet never sank an enemy ship. Moreover, she also received the most damage not from Germany or Japan but from the British.

Pain at the pump? Think Iran.