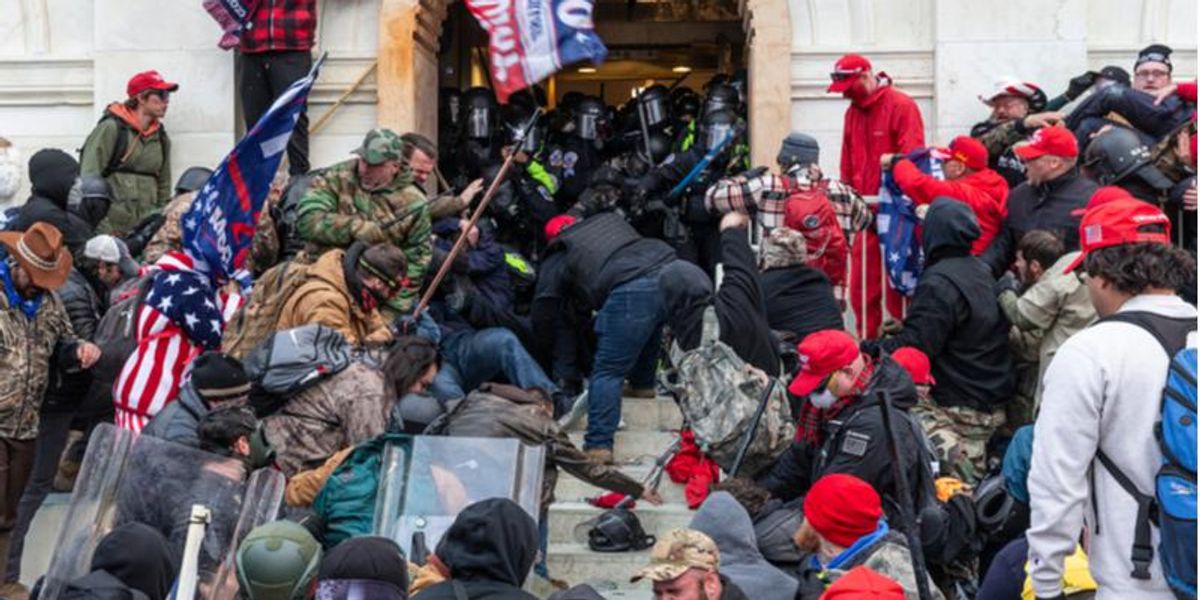 This Thursday, former President Donald Trump and his one-time lawyer Rudy Giuliani asked a federal judge to dismiss a lawsuit accusing them of sparking the riot at the U.S. Capitol on Jan. 6, NBC News reports.

The lawsuit, brought by House Democrats, accuses the pair of violating the federal Ku Klux Klan Act on Jan. 6 by riling up a mob to prevent Congress from certifying the results of the 2020 election. As NBC News points out, separate attempts to have the lawsuit dismissed argued that Trump and Giuliani were simply exercising their right to free speech.

While Trump on Jan. 6 called on his followers to march to the Capitol and told the crowd, "If you don't fight like hell you're not going to have a country anymore," his lawyer Jesse Binnall said that he also told the audience to "peacefully and patriotically make [their voices] heard."

Giuliani during the rally called for "trial by combat," but his lawyer argued that "no reasonable reader or listener would have perceived Giuliani's speech as an instruction to march to the Capitol, violently breach the perimeter and enter the Capitol building, and then violently terrorize Congress into not engaging in the Electoral Certification."

Read the full report over at NBC News.

The Child Tax Credit Is Coming: Here’s What to Expect from the IRS