LUIS ORTIZ has urged Anthony Joshua to fight him instead of Oleksandr Usyk.

That’s because Ortiz reckons the Ukrainian is too SMALL to box as a heavyweight.

AJ’s canned clash with Tyson Fury has opened the door for a new opponent this summer.

Fury has already signed up for a third fight against Deontay Wilder in Las Vegas.

And Joshua has been ordered to take on mandatory challenger Usyk.

It’s believed Eddie Hearn has until May 31 to organise the bout.

However, Ortiz believes the promoter should be contacting him instead of Usyk.

Ortiz feels Joshua will be too big and powerful for the ex-cruiserweight.

And he insists he is the perfect challenger for AJ to take on next.

Ortinz told BoxingScene.com: “I have been trying to get in the ring with Dillian Whyte but he refused to fight me. 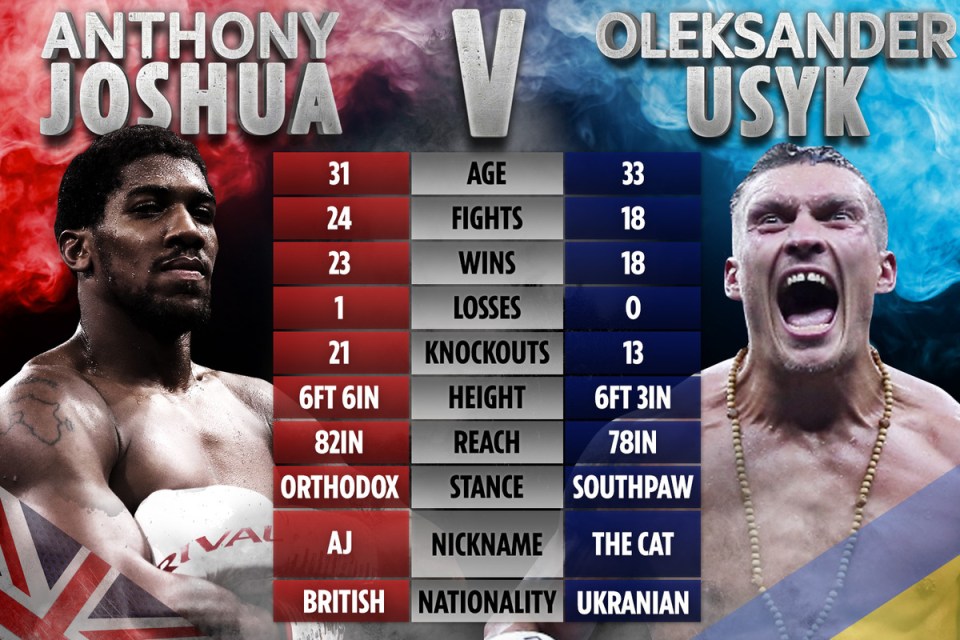 “So I went to the Ruiz vs Arreola fight and again I got a no, because Ruiz said he would need another tune-up.

“So now that Joshua vs Fury can’t be done, I feel that me and Joshua would be an explosive fight.

“Let’s try and make this happen. Why wait? You already have the date.

“Don’t fight Usyk, he’s too small for you, he’s a cruiserweight. Give me a shot, you don’t even have to put your belts on the line.”

One passenger per flight stopped from boarding