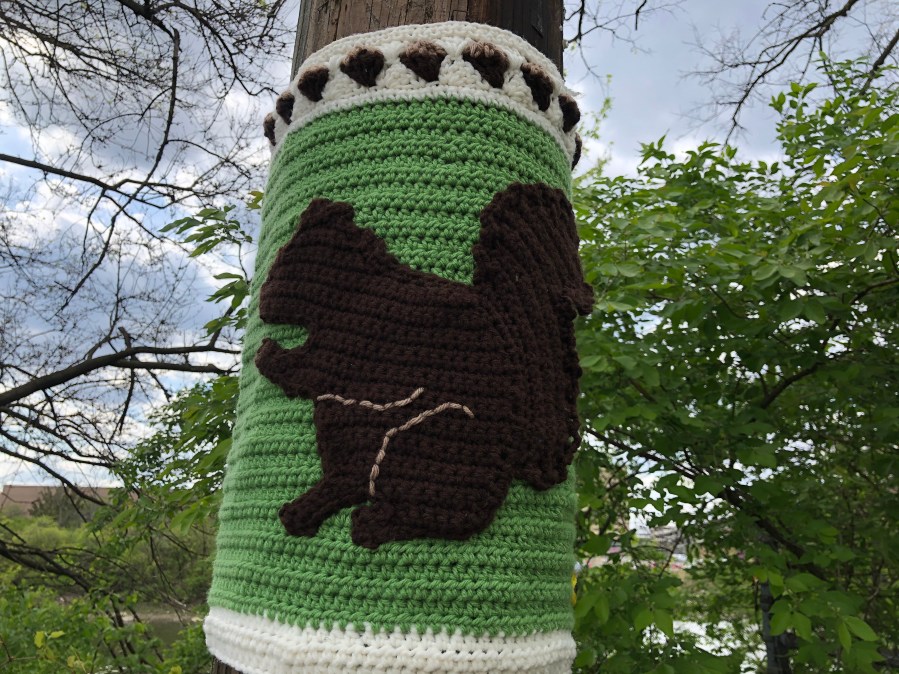 Big Squirrel is a mythical rodent (so far) said to live in Clinton-Como Park. About three weeks ago, a poster went up at the park on Pacemont Road asking people to send in sightings of Big Squirrel to a gmail address.

Have you seen it? Clintonville’s ‘big squirrel’

Since then, the Big Squirrel announcement has been yarn-bombed by a knitter who puts fabric art onto trees and lamp posts. Not far from the knitted square of Big Squirrel is another of an elephant's head.

A search party formed to find Big Squirrel in the park has not yielded any confirmed sightings.

What time is the Queen’s speech on Tuesday, May 11?