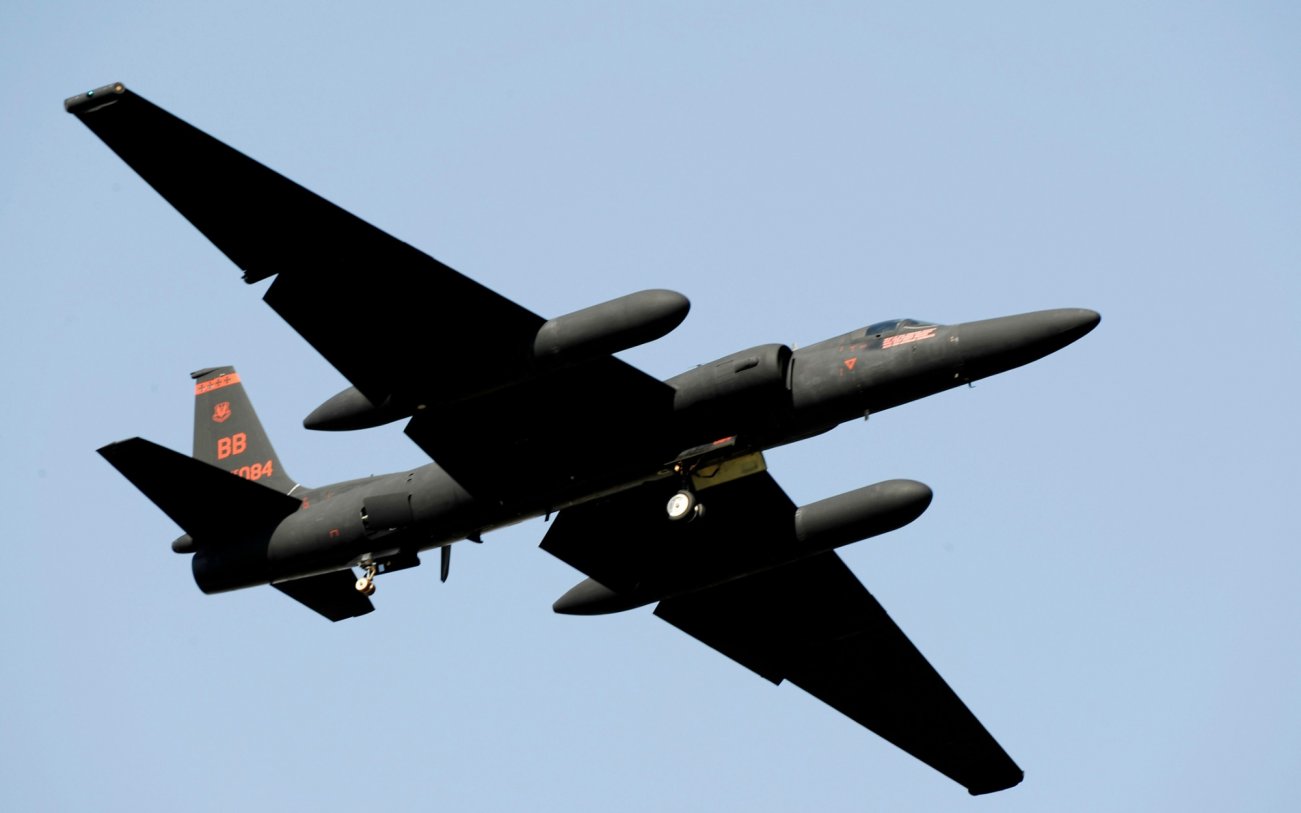 The facility served as the birthplace of a number of aircraft.

Here's What You Need to Know: The Groom Lake facility acquired the designation “Area 51” as it expanded and developed specialized facilities for supersonic jets.

Despite the countless dubious conspiracy theories attributed to the site also known as “Dreamland” or “Groom Lake,” there’s no doubt that for over six decades the base hosted all sorts of “black project” aircraft whose existence was not formally disclosed by the Pentagon.

Though the CIA only obliquely admitted to the site’s existence in 2013, we actually know a fair bit about how Area 51 came to be—and even how it first became a subject of juicy UFO stories.

In the early 1950s, the United States was super keen on monitoring the Soviet Union’s rapidly developing nuclear ballistic missile program. As the first spy satellites remained a few years away from being launched, the only way to reliably spy on these sights was to fly above them and snap pictures with giant cameras. But by the early 1950s, the Soviet Union’s new air defense system and high-flying jet interceptors made spy flights excessively risky.

To overcome these defenses, Lockheed engineer Kelly Johnson proposed a glide-liker spy plane that would simply fly too high to be intercepted at over 70,000 feet. This still involved illegally violating Soviet airspace—but as long as the spy planes couldn’t be shot down, Moscow couldn’t prove the spy flights were happening at all.

In November 1954, Eisenhower approved development of this U-2 spy plane in a program known as “Project Aquatone” to be operated by the CIA. While the plane would be built at Lockheed’s famous Skunkworks facility, an aircraft designed for illegal spy overflights needed to be tested somewhere more discrete.

CIA officer Richard Bissell, LeVier and Johnson flew down to inspect the strip, which lay next to a dry Nevada salt flat called Groom Lake. Bissell described the site as “…a perfect natural landing field… as smooth as a billiard table without anything being done to it.”

Johnson indicated “We’ll put it right there. That’s the hangar.”

A fake company called CLJ, created to obscure Lockheed’s involvement, recruited contractors to build up the facilities in the sweltering summer of 1955 at a cost of $800,000.

The desolate site, deceptively nicknamed “Paradise Ranch,” started out with a nearly mile-long runway, two hangars, a control tower, fuel and water storage tanks, an access road, and trailers for onsite personnel. LeVier personally road about the lakebed to clear it of debris and spent shell casings to make it safe for landing.

Finally, on July 24, 1955, the prototype U-2, dubbed Article 341, was disassembled and stowed into a hulking C-124 Globemaster transport plane, which transported it to the “Ranch”—landing with deflated tires so as not to break through the thin runway.

LeVier took the gawky aircraft around on taxi tests, hitting 80 miles per hour on the runway—only for the aircraft’s lengthy wings to lift his plane twenty feet into the air during his second run. The U-2 flew over a quarter-mile, before LeVier was able to get the lift-prone aircraft back down on the lakebed on his second attempt—though the hard landing caused one of the jet’s tires to burst and catch fire.

The U-2 went on to see several successful flight tests and in a matter of months was deployed on spy flights over the Soviet Union with CIA pilots.

Civilian airline pilots and air traffic controllers began spotting the silvery U-2s flying at supposedly impossible heights. Given that the Air Force couldn’t explain the sightings by telling the truth, it devised weather-related incidents to explain them away. These often unconvincing explanations only fed the fervor of conspiracy theorists.

When a Soviet S-75 surface-to-air missile blasted Gary Powers’s U-2 in 1960, and he subsequently confessed to performing espionage flights) it became clear that altitude alone would not provide an adequate defense. Kelly Johnson had already anticipated this vulnerability in 1958, when he began exploring a new spy plane concept: combining high altitude with sustained speeds exceeding three times the speed of sound, and radar-stealth—hopefully making the jet too high and fast to ever intercept.

This CIA-Lockheed “black project”—codenamed “Project Oxcart”—spawned the futuristic-looking A-12 single-seat spy plane, the progenitor of the famous (and unclassified) two-seat SR-71 Blackbird flown by the U.S. Air Force.

The Groom Lake facility at this time acquired the designation “Area 51” as it expanded and developed specialized facilities for the striking supersonic jets: larger additional hangars, a longer 10,000 foot runway, safer backup landing areas, over 130 housing units for personnel, and enlarged fuel stores for the exotic high-temperature JP-7 fuel used in the A-12.

The first A-12s arrived in 1962 along with elite military pilots temporarily discharged and placed in the employ of the CIA, a protocol known as “sheep-dipping.” Though the White House never dispatched A-12s on overflights of the Soviet Union, they did fly thirty-two missions over Vietnam and North Korea in Project Blackshield before being retired in favor of the Air Force’s SR-71s, which had side-looking cameras that didn’t require overflight of hostile airspace.

Tragically, one of the piggybacked D-21 drones collided with its M-21 carrier during a test launch. Though both of the M-21’s crew ejected, one drowned before he could be rescued, and Johnson canceled M-21 program.

However, the CIA did later try to make use of the D-21s by launching them from B-52 bombers to snap footage of Chinese nuclear test sites. However, a series of mishaps meant the Air Force was unable to recover footage from any of the five drone missions it dispatched.

Birthplace of the Stealth Jet

While the A-12 and Blackbird had limited stealth characteristics, by the 1970s, the Air Force was interested in taking another crack at a low-radar-observable jet, this time with combat application.

In 1977, the Skunk Works used new computer modeling technology to design and build two pale aircraft with diamond-like faceted surfaces coated with radar-absorbent iron ball paint. These “Have Blue” aircraft were disassembled and flown to Area 51 in a giant C-5 cargo jet November 16, then rebuilt and test flown.

Lo and behold, the Have Blues did exhibit drastically reduced radar cross-sections—but they were also highly aerodynamically unstable, and both crashed in 1979.

Lockheed evolved Have Blue into the F-117 Nighthawk attack jet, which used computer fly-by-wire systems to correct the aircraft’s inherent instability. A YF-117 prototype too made its first flight at Groom Lake on June 17, 1981. Production F-117s were then stationed at Area 51 before being redeployed to the nearby Tonopah Test Range.

Though the Pentagon admitted to the existence of a stealth jet in 1983, the secrecy surrounding the F-117 was so effective that the public never had any inkling of the Nighthawk’s true appearance, nor even its designation (widely believed to be the “F-19”) until was finally unveiled in 1988.

Meanwhile, Northrop, too, began refining its stealth technology with the Tacit Blue demonstrator, dubbed the “whale” or “alien school bus” for its decidedly unglamorous appearance. This made its first flight at Groom Lake in February 1982—the first of 135 in all before the demonstrator was retired in 1985.

Conceived as stealthy surveillance plane with a discrete Low Probability of Intercept Radar, Tacit Blue instead pioneered the use of computer-engineered curved-surfaces in stealth aircraft which heavily informed Northrop’s forthcoming B-2 stealth bomber.

Sébastien Roblin holds a master’s degree in conflict resolution from Georgetown University and served as a university instructor for the Peace Corps in China. He has also worked in education, editing, and refugee resettlement in France and the United States. He currently writes on security and military history for War Is Boring.

Podcast: McIlroy Is Back! And So Is The Premier Golf League…