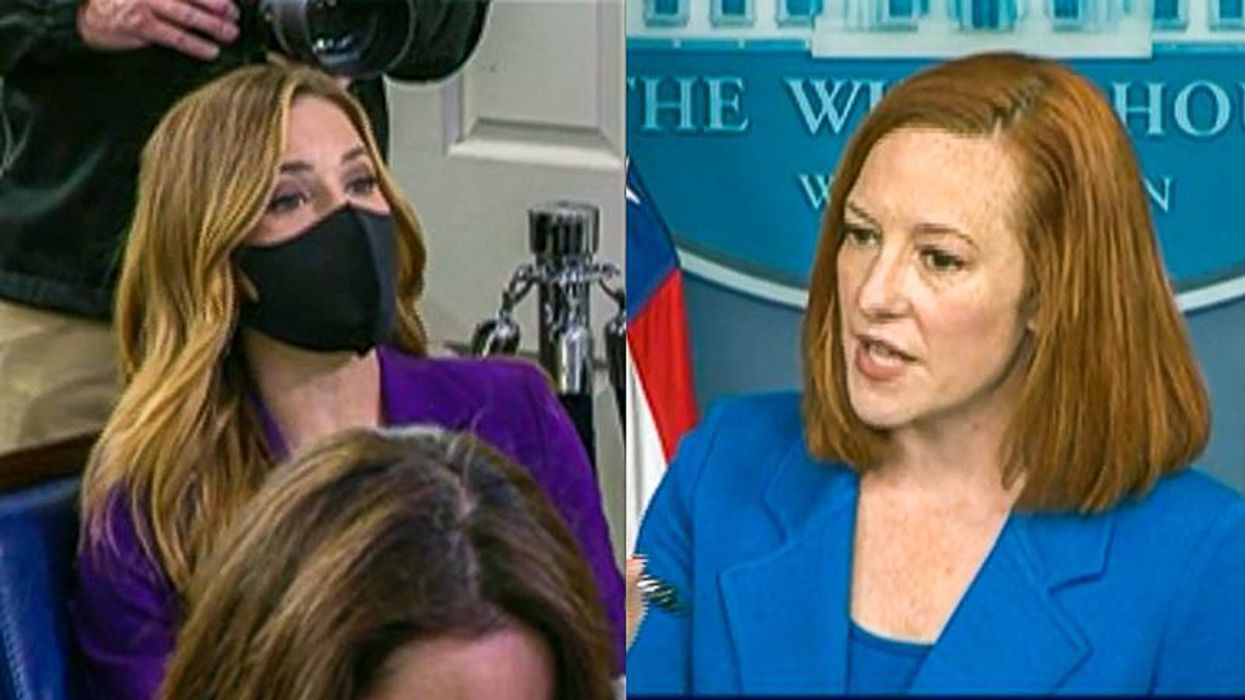 White House Press Secretary Jen Psaki on Monday challenged Fox News correspondent Kristen Fisher over a question about the number of refugees that are being allowed into the country during President Joe Biden's administration.

At Monday's White House briefing, Fisher suggested that the Biden administration had reversed course and would not keep the Trump-era limits on refugees because Democrats complained.

For its part, the White House argued that a statement issued on Friday did not represent a policy change.

"We never said we're not raising the refugee cap," Psaki explained. "In the morning we said, and it was actually in the information we put out, was once we reach 15,000, we will raise it. That was not accounted for in some of the ways people were digesting the information. And we wanted to be clear and send a message that we are a country that is welcoming refugees. Let's be clear. We are changing the policies of the last administration."

"So you're saying this has nothing to do with the pushback from some Democrats?" Fisher pressed.

Fisher then seemed to admit that the policy may have not changed.

"That's a pretty important caveat," Psaki observed. "When we reach 15,000, a subsequent presidential determination could be made."

"The line said, 'the admission of up to 15,000 refugees remains justified,'" Fisher pushed back. "Do you understand how some people would interpret that?"

"I think we have a responsibility to provide all of the context," Psaki advised the Fox News reporter. "This was always meant to be a first step."

"Does this have anything to do with the pushback from Democrats on Capitol Hill?" Fisher wondered.

"I don't think you've articulated what our change in policy is," Psaki said, moving on to the next reporter.

"It's not my job to do that," Fisher objected.

"It is if you're asking a question," Psaki replied.

Watch the video below from C-SPAN.