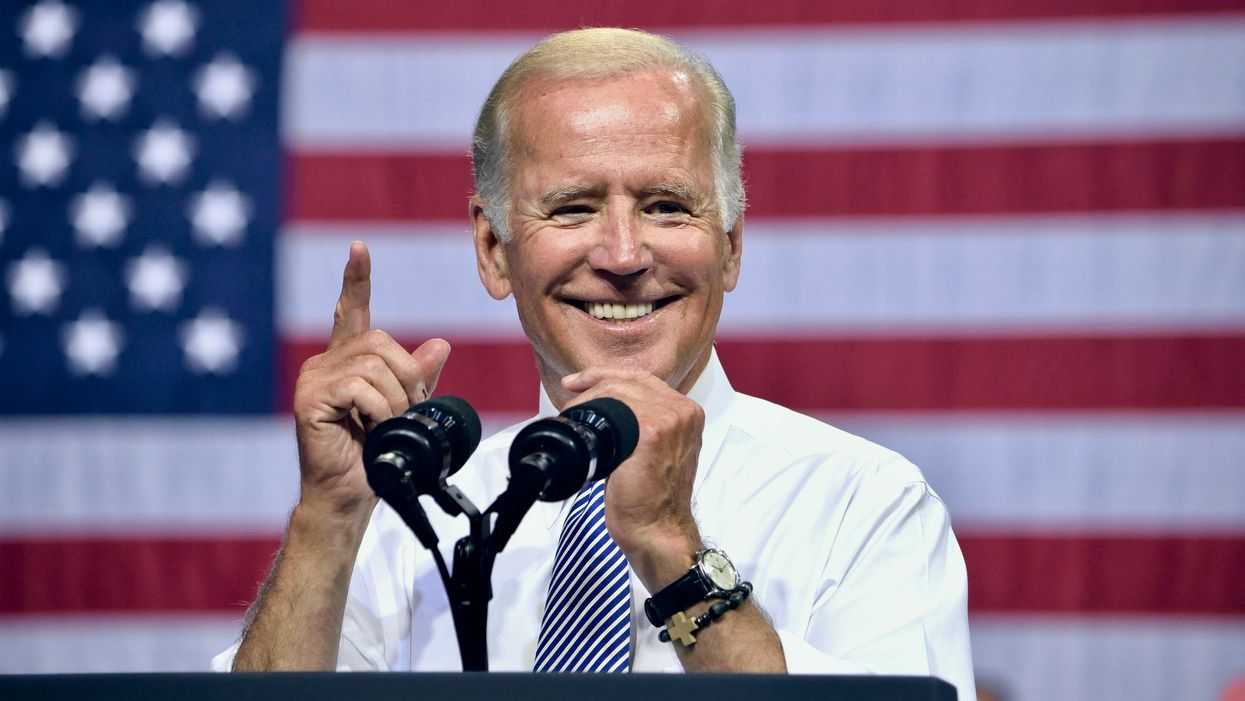 The Republican Party has tried every possible angle to attack President Joe Biden. Yet, every time, their efforts have failed. Washington Post reporter Aaron Blake thinks it's about the GOP's inability to "define" him and they're making it clear that they have no idea what to do next.

Writing Monday, Blake cited quotes from GOP officials in a recent Hill report struggling to figure out what to do next.

Sen. Mike Braun (R-IN) confessed Republicans were doing "poorly" in their efforts. Sen. John Thune (R-SD), said, "We need to get better at it." But "it's probably harder to attack somebody who is relatable and likable," he added. Even Sen. John Cornyn (R-TX) admitted that "it's always harder to fight against a nice person."

Some of it can be attributed to the fact that the GOP struggling to figure out its identity in the post-Donald Trump era. It's what the former president would call a "disaster." While fighting against Democrats, they're also caught trying to defend themselves from Democrats and internally as Trump lashes out at fellow Republicans.

CNN reported Monday that the GOP is furious that Trump has recruited a right-wing opponent to Sen. Lisa Murkowski (R-AK), who is up for reelection in 2022. While Murkowski survived her 2010 election as nothing more than a write-in candidate up against the GOP candidate who beat her in the primary election, there's one major difference this time: Donald Trump. Not only are his former staffers jumping on board the campaign, Trump has a bone to pick with Murkowski and is likely to campaign in the state for her opponent.

"Biden also undoubtedly benefits from the contrast he has set up with the chaotic presidency of Donald Trump, simply by conducting himself in a relatively normal fashion. But that also could have a shelf life," wrote Blake. "All of that said, it's worth evaluating just how much Republicans have failed in their efforts to knock Biden down a peg and where he stands at this point in his presidency relative to others."

While many Americans were disgusted by Trump, Biden was traveling the country telling the story about why he didn't run in 2016, the heartbreak his family experienced, and the work he did as vice president. His story, his compassion and his willingness to listen to the progressive wing of the party made it difficult to attack him from the left or the right.

Blake explained that the reason Republicans are struggling to beat Biden is clear by drilling down on the issues. Every policy issue has high marks from Americans.

"His average approval rating on the coronavirus is 62 percent," Blake cited. "The $1.9 trillion coronavirus relief package often polled even better, with some surveys putting support for it as high as the 70s. And early polling on his nascent infrastructure and jobs bill last week showed support at 64 percent in one poll and 56 percent in another. A third poll showed that all of the key elements of it have majority support, with several at 60 percent or more."

The other problem for the GOP is that they are pushing further right to appease the extremist wing of their party. Democrats, who certainly have a far-left flank of the party, but they are largely pushing mainstream policies that most Americans support. It means that Biden is succeeding with things like a COVID bailout for the middle class instead of corporations, buying more than enough vaccines to ensure people are inoculated faster, fighting back against Russian aggressors and bringing home American troops after 20 years in Afghanistan.

"The result has also been that much of what Biden is doing is actually more popular than he is personally, which is unusual at this juncture of a presidency this century, even if presidential popularity isn't," Blake closed. "And as those perceptions of his signature legislation and his handling of the biggest issue cement themselves in people's minds, it becomes more difficult to knock him down personally. Which might be, even though it's still early, why we're seeing the kind of fretting evident among certain Republicans right now."

On Social Security? You Must Do This To Get a Stimulus Check.