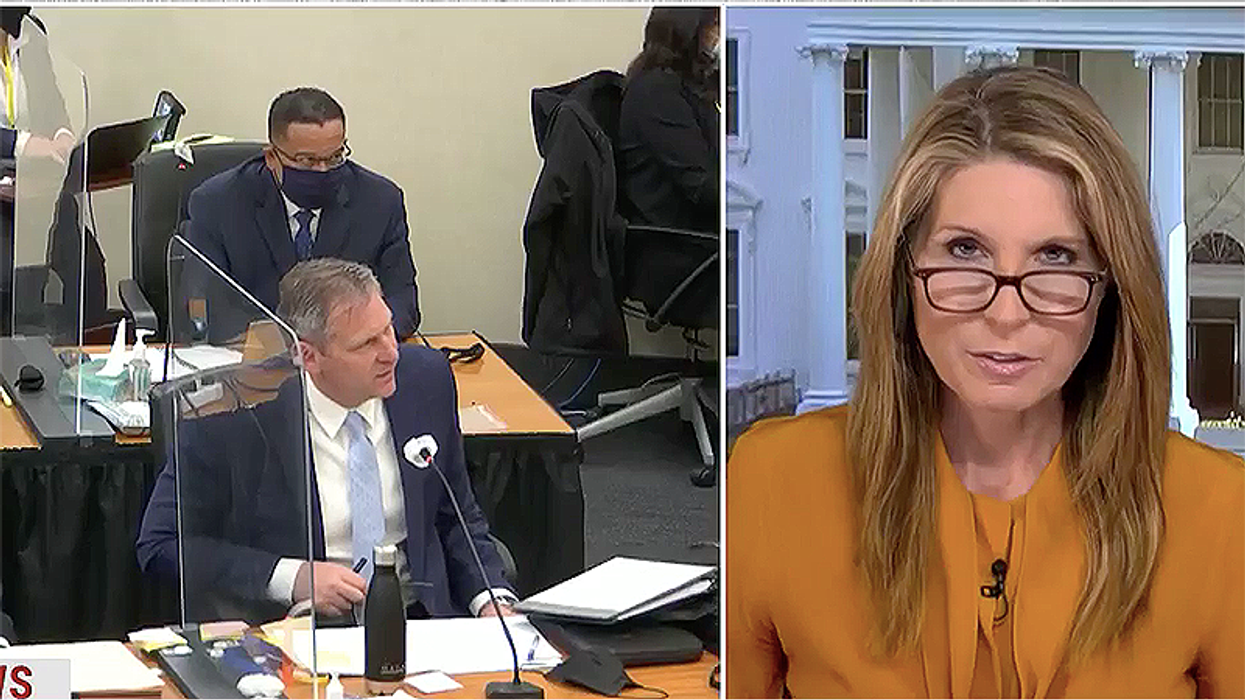 The Derek Chauvin defense team began by apologizing to the jury for being long-winded, but he didn't fully explain the length that his closing statements would be. They were long, leaving jurors "antsy" and "tired" according to pool reports.

Former Sen. Claire McCaskill (D-MO) noted that it felt like Chauvin's lawyers were "trying everything to see what would stick" while "going on and on."

MSNBC host Nicolle Wallace noted during the five-minute break that it was a "desperate hail Mary."

"It is rather Doug Flutie-like," said Michael Eric Dyson. "He is tossing that ball 80 yards down the field to see if anybody in the in-zone can catch it. The problem here, of course, is that in the past Black skepticism is justified because even when there have been horrible trials with manifest evidence against a particular police officer the trial has not had the desired outcome. So, while we believe, hopefully, that the very thin evidence upon which this jury must hang its verdict this favor of former officer Chauvin will come to the right conclusion that there ain't much there — the reality is, as Sen. McCaskill said, that only one jury needs to be convinced. And the blizzard of technicality that the defense lawyer put forth, the hardening of the arteries, the narrowing of the path through which the blood flows, a kind of amateur, you know, cardiologist there. It only takes one to be dissuaded. I think, however, so far, the defense doesn't have much to work with and it is shown in their paltry and really mall nourished defense for Mr. Chauvin."

See the full discussion below:

defense 'going on and on' in a 'desperate hail Mary' www.youtube.com