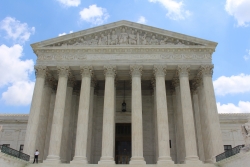 The Supreme Court, by design, is undemocratic, but is there a point beyond which its insulation from the will of the people becomes unjust? Much has been said about the fact that the makeup of the current Court does not reflect that of the elected branches of the federal government. In response, on April 9th, Joe Biden signed an executive order establishing a bipartisan Presidential commission, to study the prospect of changing the Court's composition and culture.