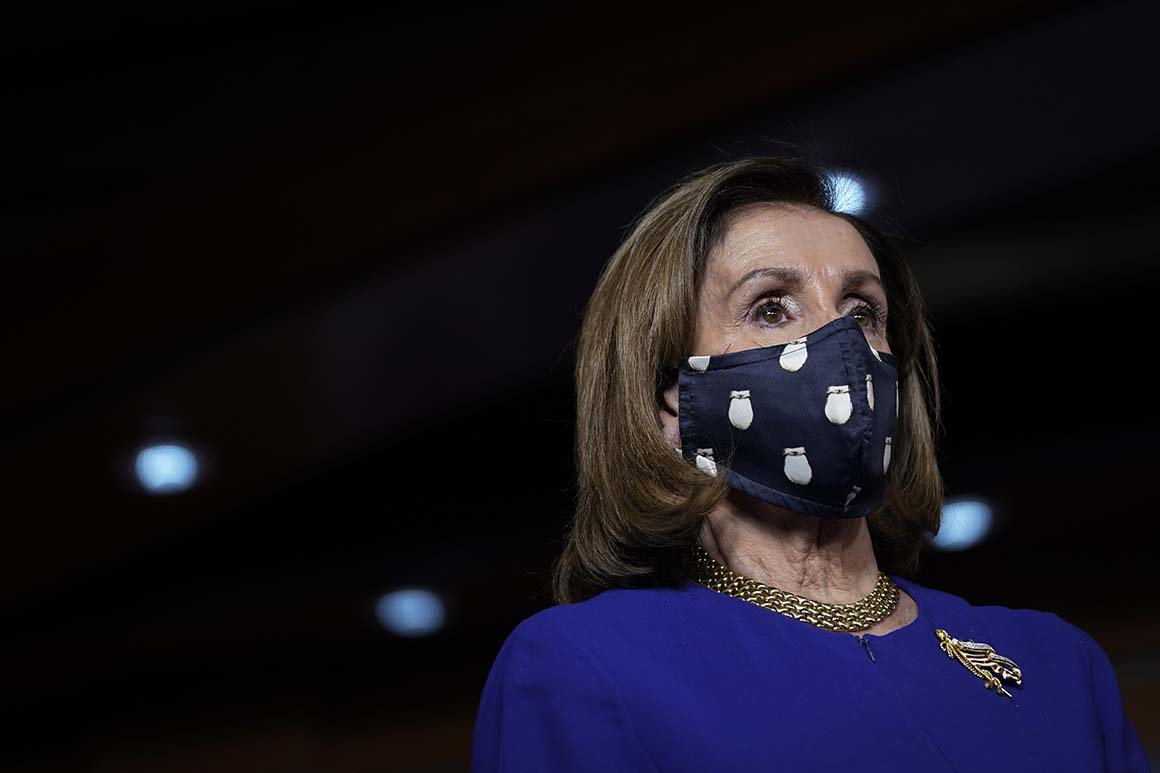 House Speaker Nancy Pelosi came to Rep. Maxine Waters’ defense on Monday, after criticism of remarks she made over the weekend in Minnesota that Republican lawmakers said stoked further violence.

“No, absolutely not,” Pelosi said in response to a question about whether Waters (D-Calif.) incited violence with her comments. She added that there was no need for Waters to apologize.

On Saturday, Waters told demonstrators in Brooklyn Center, Minn., where Daunte Wright was killed by a police officer last week, “to stay on the street” and “to get more confrontational.” Her remarks came ahead of closing arguments on Monday in the trial of Derek Chauvin, the former Minneapolis police officer who is charged with murder and manslaughter in the death of George Floyd.

“Maxine talked about confrontation in the manner of the civil rights movement,” Pelosi said. “I myself think we should take our lead from the George Floyd family. They’ve handled this with great dignity.”

Republicans were quick to respond after Waters made her comments. On Sunday, Rep. Marjorie Taylor Greene (R-Ga.) said she would introduce a resolution to expel Waters from Congress, an effort that will likely fail in a Democratic-led House. Later that day, House Minority Leader Kevin McCarthy said on Twitter that he would take action against Waters if Pelosi did not.

“Maxine Waters is inciting violence in Minneapolis — just as she has incited it in the past,” McCarthy wrote. “If Speaker Pelosi doesn’t act against this dangerous rhetoric, I will bring action this week.”

GOP lawmakers also took to the Senate and House floors on Monday to voice their displeasure over Waters’ behavior.

“It’s harder to imagine anything more inappropriate than a member of Congress flying in from California to inform local leaders, not so subtly, that this defendant had better be found guilty or else there will be big trouble in the streets,” Senate Minority Leader Mitch McConnell said.

Rep. Lisa McClain (R-Mich.) said in a floor speech that if a Republican had done what Waters did, the Democrats would move to strip that lawmaker of their committee assignments and possibly expel them from Congress. Instead of Waters apologizing, Pelosi later told a reporter, “that woman on the floor should be apologizing for what she said.”

Waters told The Grio on Monday that her remarks were about “confronting the justice system, confronting the policing that’s going on,” through legislation and “speaking up.”

“I am not worried that they’re going to continue to distort what I say,” she said. “This is who they are and this is how they act. And I’m not going to be bullied by them.”

The California Democrat has a reputation for being outspoken, which drew the ire of President Donald Trump, who called her “an extraordinarily low IQ person” while he was in office. Waters, in turn, has labeled the former president a “monster” and an “incompetent idiot” on Twitter.

She also drew attention last week over a testy exchange with Rep. Jim Jordan (R-Ohio), who she thought was bullying Anthony Fauci while he was testifying during a House coronavirus subcommittee hearing.

“Your time has expired, sir,” she said to Jordan, who continued to speak after his time for questioning had expired. “You need to respect the chair and shut your mouth.”

Horse racing tips: This 11-1 shot at Windsor should have come on leaps and bounds from his reappearance

The Best Yogurt Makers To Help You Cut Out Unwanted Sugar