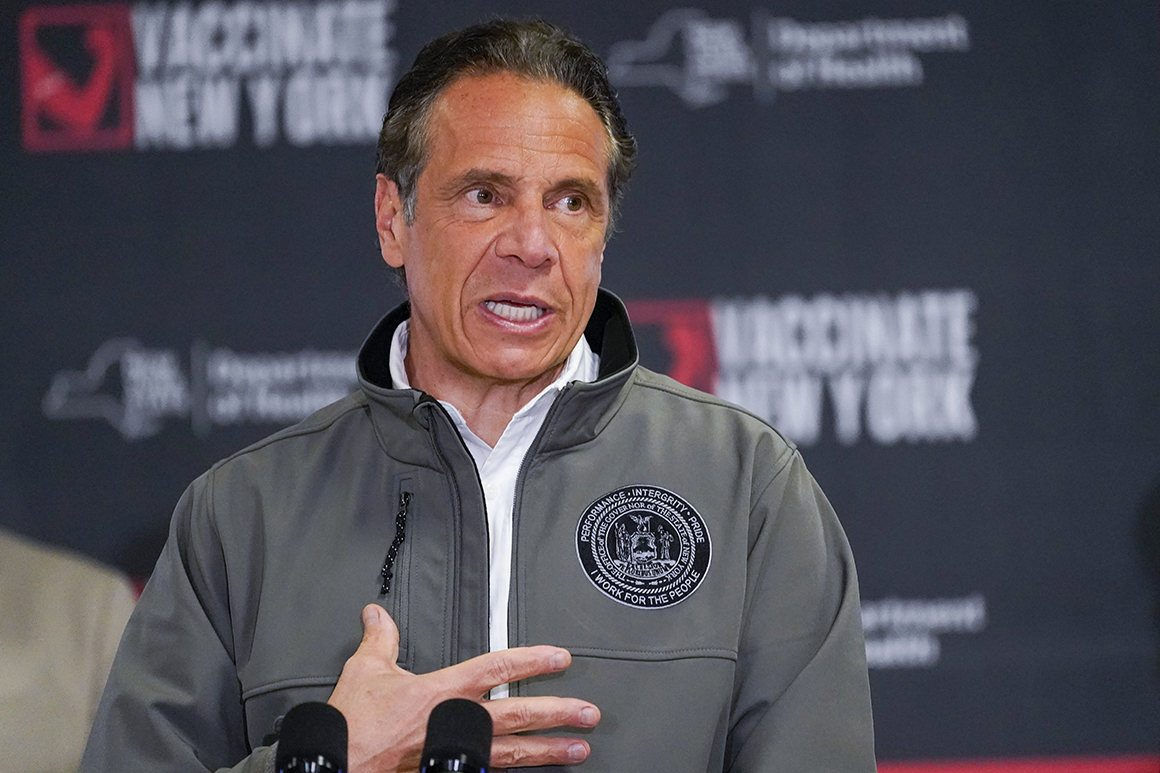 “Allegations have recently emerged that public resources may have been used in the development and promotion of the Governor’s book, ‘American Crisis: Leadership Lessons from the COVID-19 Pandemic,” DiNapoli wrote in a letter dated April 13.

Published reports indicated that the governor received an offer in excess of $4 million for the book. He has declined to say how much he was paid, adding that the information will be on his income tax return, which he will make public.

The comptroller asked James to investigate any “indictable offense … including, but not limited to, in the drafting, editing, sale and promotion of the Governor's book and any related financial or business transactions.” He gave James “the authority to prosecute the person or persons believed” to have committed “any crime or offense” relating to the book.

The letter was first reported by the New York Times.

Numerous stories in recent weeks have detailed the overlap between state employees working for Cuomo and those involved in producing the book, which was released last fall. On at least two occasions, staff members were told to print drafts at the state Capitol and bring them to the Executive Mansion. After the book was published, staff reportedly helped mail autographed copies to the governor’s fans.

Cuomo and his team have repeatedly said that all staff work on the book was entirely voluntary and thus allowed by state law.

The attorney general usually needs a referral from some other official in order to investigate alleged misdeeds committed by office-holders like the governor. James previously received a referral from Cuomo to launch a probe into the allegations of his sexual harassment.

Pep Guardiola is best Premier League manager EVER ahead of Sir Alex Ferguson, claims Robbie Savage… and stats prove it