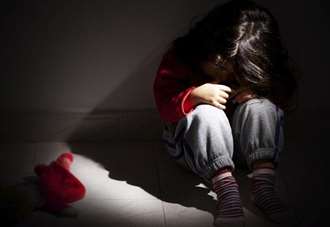 A man who sexually abused a child is facing jail after a landmark case where new measures were used to help convict him and better support his young victim.

He was arrested in October 2018 after the offences came to light and was charged in September 2019 with four counts of sexual assault of a child and two counts of assault by penetration.

His case was the first where Essex Police used new regulations which allow the evidence of vulnerable victims or witnesses to be pre-recorded at an early stage, before a trial.

This means their recollection of what happened is fresher and they don’t then have to go through the ordeal of giving evidence at an actual trial.

Beadle, of Dover Road, had denied the charges, but was found guilty after a trial at Basildon Crown Court on Monday April 12.

He is due to be sentenced at the same court on Wednesday, May 12.

“No-one should face this kind of ordeal, let alone a child.

“Beadle is a dangerous man and I am glad he now faces time behind bars.

“I want to praise the courage of the victim for disclosing these offences. It takes incredible bravery and I hope this will help them move forward.”

'No-one should face this kind of ordeal, let alone a child....'

The new measures used in this case, known as Section 28 of the Youth Justice and Criminal Evidence Act 1999, was launched in Essex in August 2020.

Det Supt Neil Pudney, added: “This case is a real landmark for Essex Police as it was the first where we used this new measure and I think it is going to provide real benefits to victims of crime.

“It improves the quality of evidence we can put forward to a trial but, more importantly, means a vulnerable victim does not have to go through the ordeal of giving evidence in a court room.

“Better quality evidence increases the chance of a conviction, and therefore justice for the victim.

“And giving evidence at an actual trial can be a stressful and intimidating prospect, especially for vulnerable victims or witnesses so having this measure in place which means their evidence can be heard without them having to stand up in court means we can better support victims.

“This was the first case where we have used this measure but it certainly is not the last.”

To read more of our in depth coverage of all of the major trials coming out of crown and magistrates' courts across the county, click here.

For information on how we can report on court proceedings, click here.

Read more: All the latest news from Gravesend

Cupertino: One dead, one injured in late-night crash with suspected drunk driver