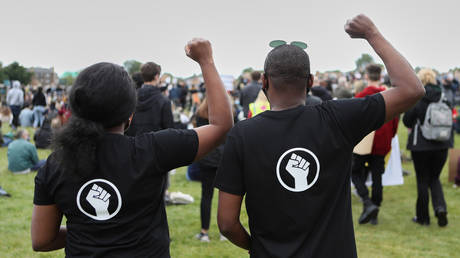 London has urged UN experts to read its race report before dismissing it as something that “normalises white nationalism,” after the body issued a scathing assessment of the UK’s findings that the country has no systematic racism.

According to Reuters, the UK prime minister’s spokesperson claimed the UN had misrepresented the findings of the government report. “We remain proud of the UK’s long history as a human rights champion and we encourage everyone to read the original report in full,” they said.

The spokesperson was responding to the findings of the Commission on Race and Ethnic Disparities, the UN Working Group of Experts on People of African Descent, which said the UK review supported deeply racist notions and used poor evidence to “make claims that rationalise white supremacy by using the familiar arguments that have always justified racial hierarchy.”

The report from the UN group said the UK commission did this “despite considerable research and evidence of institutional racism [which] is an unfortunate sidestepping of the opportunity to acknowledge the atrocities of the past and the contributions of all in order to move forward.”

The UN body urged the UK to re-evaluate how they investigate racism, reflecting slavery and colonialism, because “the distortion and falsification of these historic facts may license further racism, the promotion of negative racial stereotypes, and racial discrimination.”

The UK’s Commission on Race and Ethnic Disparities was set up in the wake of Black Lives Matter protests last year. The commission was designed “to consider important questions about the state of race relations.”

The commission found that there was no evidence of “institutional racism” in the United Kingdom. Moreover, the report noted that social and economic status was a greater hindrance to people than race. However, it did acknowledge overt acts of racism in the UK which were not connected to institutions.

Despite the fact that it caused an outcry and debate when it was published three weeks ago, the UK government has supported the initial findings of the commission.