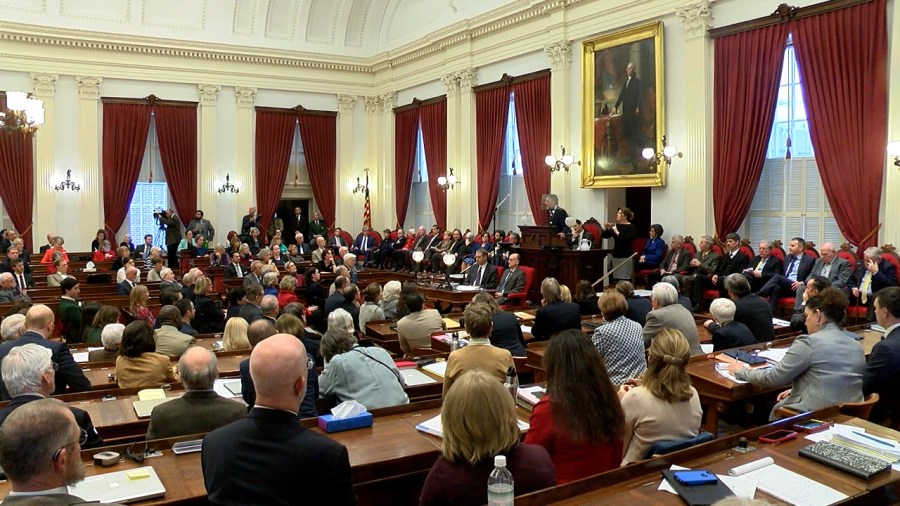 MONTPELIER, Vt. (WFFF) — Vermont lawmakers are considering how to address the rise in threats directed at state employees and elected officials in recent years.

H.302, a bill currently under consideration, seeks to make the legal consequences of threatening a state employee much greater, but some believe bigger penalties wouldn't necessarily translate to fewer threats.

Multiple members of the House Judiciary Committee spoke about their personal experience with threats, or threats sent to close family members.

"Last year my family had to buy a home security system because of threats my wife received as president of the Rutland City School Board," said Rep. William Notte (D-Rutland).

"When my house was shot at this summer, state police came up and took a record of it, but it was 'well, you're a public official and people feel entitled to tell you how they feel," said Rep. Felisha Leffler (R-Franklin).

Leffler said she received an anonymous postcard in October, accusing her of "un-American" behavior and calling for her arrest. On Facebook, she posted a photo with the postcard and said she woke up to the sound of a gunshot from a vehicle driving by her house that morning.

As some lawmakers wonder if harsher punishment for those who send threats to state employees is the answer, others feel the same statutes that protect anyone who's threatened are solid enough.

"To me, why should I have a special category for myself because someone threatens me over a political thing. Why should I be considered special?" said Rep. Tom Burditt (R-Rutland).

On the other hand, several state reps in the House Judiciary Committee argued that imposing greater penalties isn't as much about protecting themselves as it is about making candidates feel safe.

"I can name four people in Rutland city who chose not to run for public office because my wife was threatened," Rep. Notte said. "These sort of threats directed at public officials are shaping our discourse, because they are not just potentially affecting the decisions of the officials who are threatened, but they are also convincing other people who want to serve their communities that its not safe for them to do so."

But then there's the other question—would any sort of extra penalty actually deter people from sending or making threats?

"What is more likely in the long-run to do that is a multi-faceted approach that would do things like ensure bias-related incidents are being reported," Scherr said. "We have to do enforcement better, and I can't sit here right now and say to this committee that we have the answers on that, but that is the case."

Because discussions are still in the early stages, it's still an open-ended question what the tougher penalties would be. The same committee is also considering legislation for steeper penalties when it comes to threats involving firearms at a school.

Josh Hawley's latest attempt to rebrand himself is a sad 'joke': columnist