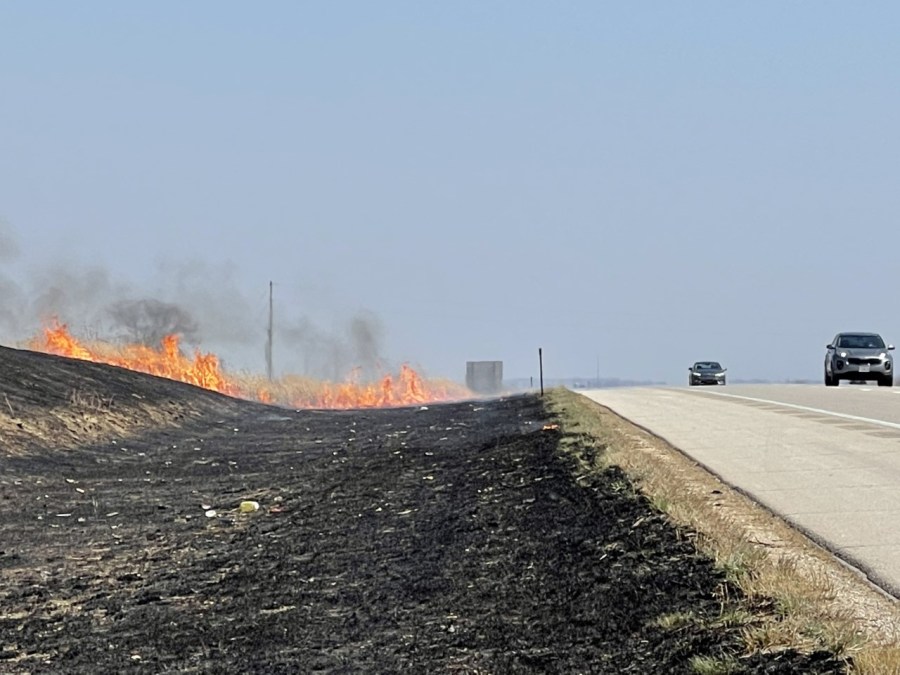 UPDATE: The wildfire near Willard is under control and residents may return back to their homes, according to Alan Stahl with the Topeka Fire Department.

People in Maple Hill and Willard were asked to evacuate and go to Rossville.

Less than an hour later, the Maple Hill Police Department said people are not evacuating at this time.

Just before 4 p.m., the Wabaunsee County Emergency Manager gave the city of Maple Hill the "all-clear."

People in Willard were still asked to evacuate, and are asked to go to the Rossville Library at 407 Main Street. Red Cross will be there to assist.

If you're received an emergency alert on your phone saying anyone evacuated from Willard can return, that is not true. The fire is not controlled as of 5 p.m.

The below video is from viewer Steven Alvey of fire trucks headed to the fire.

Multiple emergency crews were originally on the scene of the fire near I-70 and Carlson Road. That's near Maple Hill.

The fire was reported before 2 p.m. Friday.

This is a developing story. Check back for updates as they become available.

The Problem With Investigating Each Police Killing in Isolation

Pennsylvania’s March Unemployment Rate Down to 7.3%