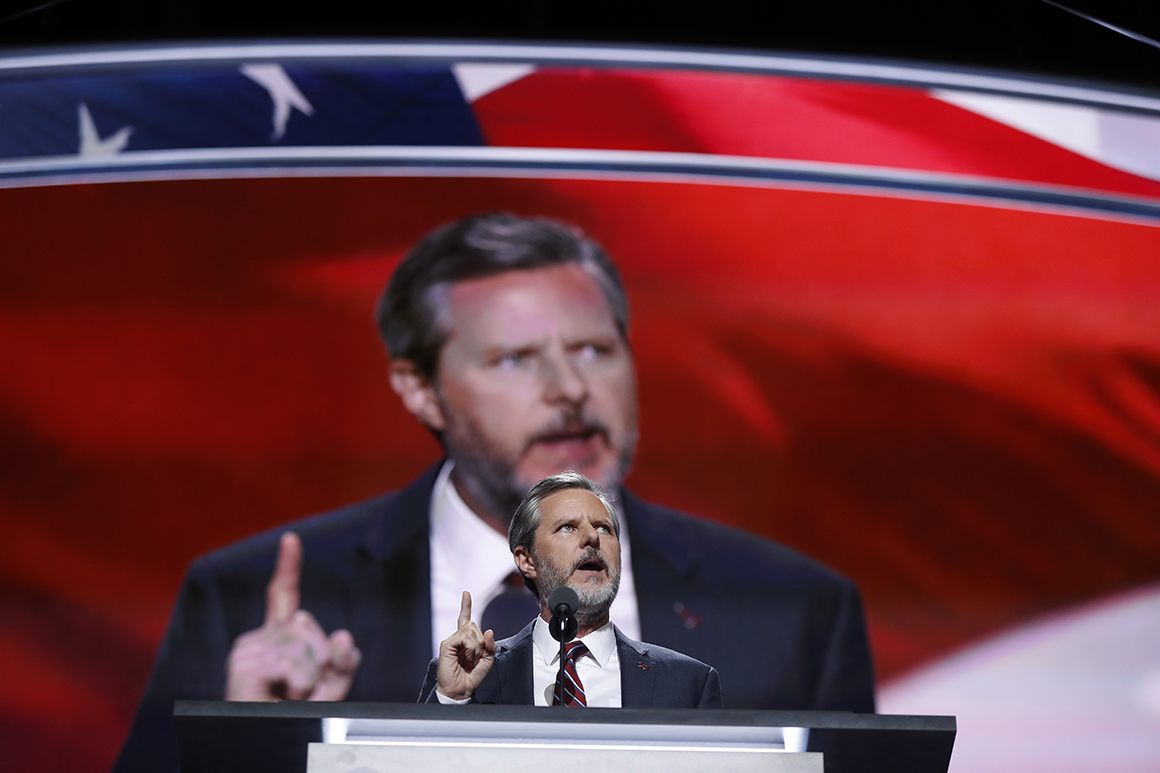 Six months after his ouster from Liberty University, Jerry Falwell Jr. was back at the university he’d led for 13 years, cheering on the home team.

“Congratulations on an exciting 14-9 win over NCAA team from Walsh University in North Canton, OH!” Falwell wrote on Instagram on March 13, beneath photos of a Liberty lacrosse game and himself in the stands with daughter and wife, Becki. “Didn’t realize LaCrosse was so much fun to watch.”

The posting struck some in the Liberty community as the first step in an attempted comeback — an assertion that, despite having sued the university for having removed him as president in the wake of questions about his personal life and financial dealings, he still considers Liberty his home turf, now and forever.

In an interview, Falwell said nothing to discourage that notion. The 58-year-old son of the late Rev. Jerry Falwell Sr. said he has been suffering from blood clots since last fall but plans to “definitely” have more of a presence on campus as his health continues to recover.

“The employees and the board have been nothing but supportive, 100 percent. The students all want to get their picture with me. They thank me,” Falwell said.

Falwell said he and Liberty’s board had also resolved a dispute over his severance payment, which Falwell said last fall amounted to him being owed $10.5 million after being let go from Liberty. Falwell had signed the contract, which included newly generous terms for severance payments, with Liberty’s executive committee just a year before he was asked to resign.

“The contract was terminated without cause. I’m entitled to full severance,” which includes two years of pay and retirement benefits, Falwell said. He declined to say how much the package is ultimately worth, but said it amounts to more than $9 million. “And the university board admitted there was no fireable offense and they were reacting more to the press and the Twitter mob than anything else,” Falwell said. 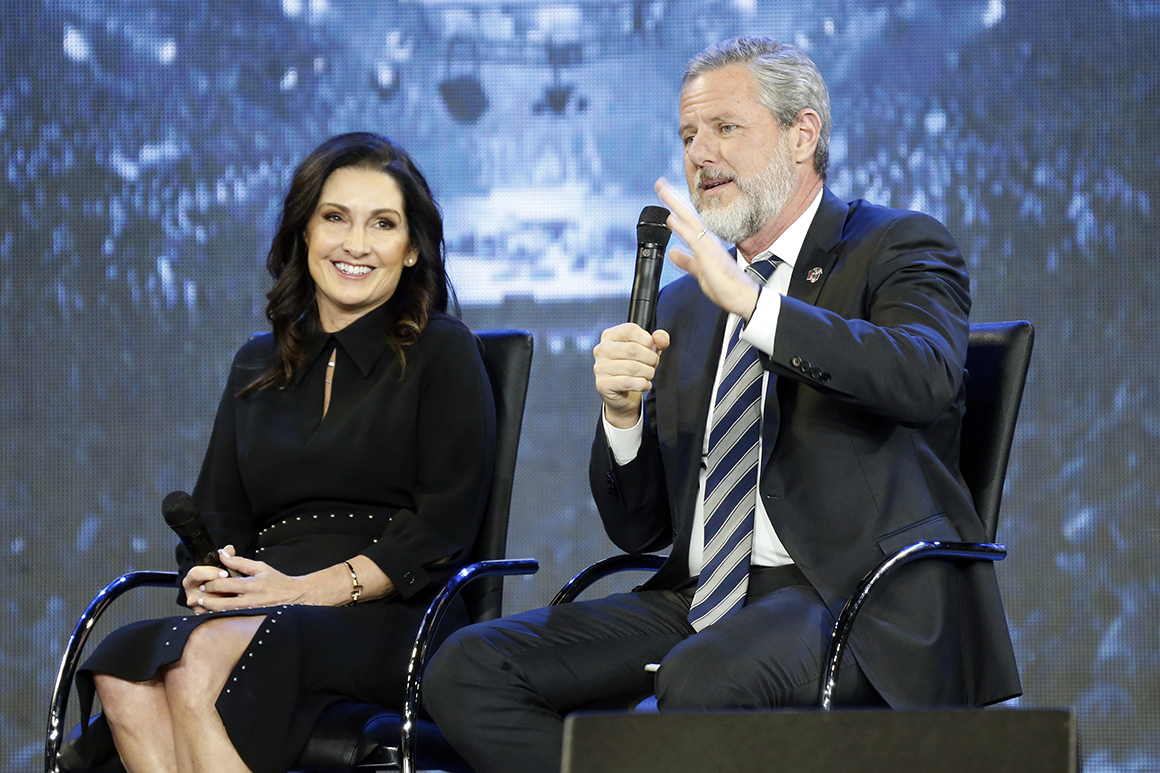 A spokesperson for Liberty University, the nation’s largest evangelical institution of higher education with more than 100,000 students, did not respond to questions from POLITICO. Last fall, the university said Falwell was entitled to significantly less money than he claimed.

Throughout the Liberty community, there’s an ongoing reckoning about the direction the school should take, as well as how to address accusations from last summer that Jerry and Becki Falwell had behaved inappropriately around young people, including one former Liberty student who detailed a sexual encounter he had with Becki Falwell at the family’s farm to POLITICO.

Reformers among Liberty’s staff and alumni argue that the university has overlooked the allegations. An investigation launched by the board into Falwell’s tenure at the university is ongoing but appears to be narrowly focused on the question of Falwell and other administrators’ use of university funds — a subject on which Falwell has long expressed confidence of his exoneration. Meanwhile, one of Falwell’s close allies — Rev. Jerry Prevo, the 76-year-old former board chair — is running Liberty as president and CEO and Falwell’s two sons are still employed there.

“Without a thorough investigation into allegations of misconduct and sexually predatory behavior by the Falwells, they shouldn’t be allowed around students,” said Dustin Wahl, co-founder of Save71, a group of pro-reform Liberty alumni. “That’s the opinion of our organization, and it’s also just basic logic for a university with a lot of young people.”

Despite Falwell’s efforts to emphasize his continued connection to Liberty, current and former faculty, administrators and students interviewed by POLITICO say they do not expect him to resume his duties as the university’s president. But they are perplexed by his repeated appearances on campus and increasingly skeptical that Liberty’s board of trustees will undertake a widespread effort to weed out people who worked with Falwell as he allegedly behaved inappropriately and mismanaged the school’s finances.

As of 2019, at least five Falwell family members were on Liberty’s payroll, the university maintained at least $36 million dollars in business with a construction firm started and owned by a close Falwell associate and Falwell’s sons maintained outside jobs partnering with businesspeople who relied heavily on their contacts with Liberty. In addition, questions were raised about Falwell’s use of a university donor's yacht for family vacations, and his frequent personal trips on the university plane.

Such actions, critics note, went largely unchecked by Liberty’s board of trustees, some of whose businesses and family members also had financial relationships with Liberty.

Last fall, the board announced details of an investigation led by the accounting firm Baker Tilly that is probing Liberty’s business dealings. People were encouraged to report information about anything “illegal, unethical from a business perspective, or improper in the context of the operation of a non-profit organization,” according to information on an online portal established by the investigators. But sexual harassment complaints, allegations of discrimination or harassment or other areas where Liberty “has an established complaint process or procedure” should go through usual channels, the investigators wrote, excluding many of the allegations against Falwell and his wife from the probe.

In addition to Becki Falwell’s alleged relationship with a student, the Falwells came under criticism for their relationship with a former pool attendant at a Miami hotel, Giancarlo Granda, who claims he engaged in a lengthy affair with Becki while Jerry sometimes watched. The couple has acknowledged Becki’s affair with Granda, which began when he was 20 years old, but denied that Jerry ever participated.

The investigation is now nearing its eighth month, and investigators have made few updates on their progress. Two people who submitted information via the online portal and requested interviews with Baker Tilly told POLITICO they were never contacted.

“I don’t know anybody who’s optimistic that the investigation is going to be properly received or processed,” said a former senior Liberty administrator. “There are people who think the investigation itself might legitimately go deep and wide — but then it’s delivered to the same board and executive committee that presided over all of this behavior.”

Liberty has made one significant change that helped appease critics who said the school had become overly political: The Falkirk Center, a controversial on-campus conservative think tank founded by Jerry Falwell Jr. and GOP activist Charlie Kirk, has parted ways with Kirk and is changing its name to the Standing for Freedom Center. The change came after criticism and reporting in POLITICO about Falkirk’s use of university funds to promote former President Donald Trump and his associates.

Falkirk was one part of Falwell’s plans to grow Liberty and its influence. While he ran the school, Falwell became a television personality and national name, and Liberty cemented its position as a must-do stopover for Republican politicians eager to speak and launch campaigns in front of a friendly audience.

Liberty is so far staying close to the path that Falwell laid out for it before he departed. 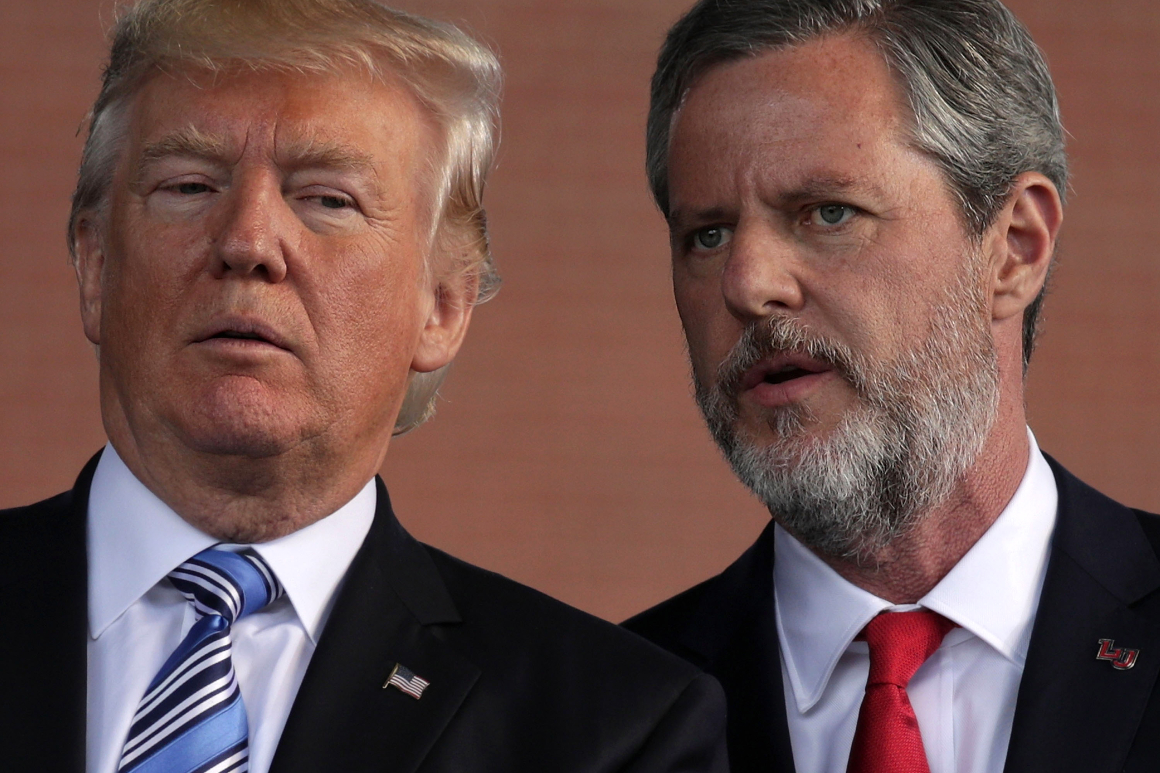 Prevo, who previously headed a large evangelical church in Alaska, was a close ally of Falwell’s, and is part of a faction of Liberty board members who remain relatively sympathetic to the departed president, according to people familiar with the board’s deliberations. He’s also enthusiastic about maintaining Liberty’s outsized role in Republican politics and attended the Rose Garden swearing in of Supreme Court Justice Amy Coney Barrett just days after assuming his role as acting president.

Though Liberty is still expected to hire a new president, Prevo is settling into the new role. Last week Prevo hired the chair of the Alaska Republican Party, Glenn Clary, who previously worked with Prevo at his Alaska church, to hold a newly created position as vice president at Liberty. And Liberty’s board, of which Prevo is a member, also released a statement encouraging people to refer to Prevo as “president and CEO” of the university, and drop the “acting” title from his name.

Other allies of Falwell at Liberty include Falwell’s sons Trey, who is a vice president, and Wes. A Liberty University spokesperson did not respond to questions about whether the Falwell sons will continue to be employed by Liberty during the upcoming academic year.

Bringing Jonathan Falwell back to Liberty would help appease students and alumni who want to see Liberty refocus on its evangelical roots. But to those in the Liberty community who would like to see a significant change in personnel running the school, adding Jonathan — who is both family to Jerry Falwell Jr., and a member of the board that allowed him to run the school as allegations of financial and personal misbehavior swelled — would be yet another misstep.

“Jerry Falwell Jr. was a bully, and I don’t know if Jonathan ever stood up to his brother,” said another former Liberty administrator.