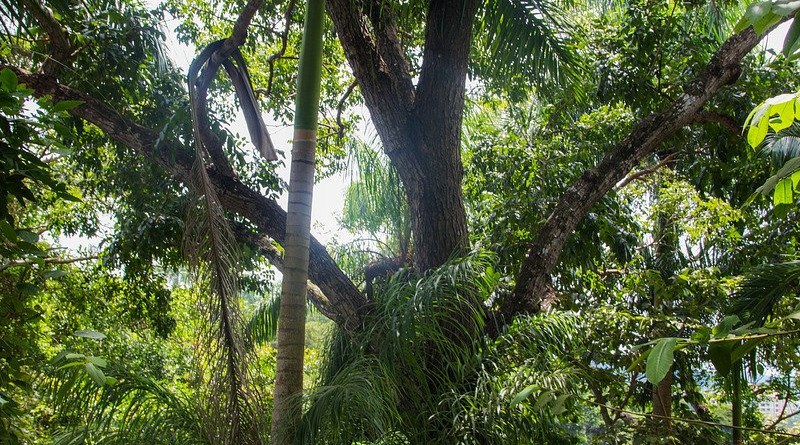 EU imports of certain products contribute significantly to deforestation in other parts of the world.

In a new study, researchers from Chalmers University of Technology, Sweden, and University of Louvain, Belgium, evaluated thousands of policy proposals for how the EU could reduce this impact, to assess which would have the largest potential to reduce deforestation - while also being politically feasible.

"Unsurprisingly, there is weaker support for tougher regulations, such as import restrictions on certain goods. But our study shows that there is broad support in general, including for certain policies that have real potential to reduce imported deforestation," says Martin Persson, Associate Professor of Physical Resource Theory at Chalmers University of Technology.

Previous research has already shown the EU's great impact in this area. More than half of tropical deforestation is linked to production of food and animal feed, such as palm oil, soybeans, wood products, cocoa and coffee - goods which the EU imports in vast quantities. The question is, what can the EU do to reduce its contribution to deforestation?

"This issue is particularly interesting now, as this year the EU is planning to present legislative proposals for reducing deforestation caused by European consumption. The question has been discussed by the EU since 2008, but now something political is actually happening," says Simon Bager, a doctoral student at the University of Louvain (UCLouvain), and lead author of the study.

The authors of the article mapped 1,141 different proposals, originating from open consultations and workshops, where the EU has collected ideas from companies, interest groups and think tanks. The researchers also compiled proposals from a large number of research reports, policy briefs and other publications, where different stakeholders have put forward various policy proposals. After grouping together similar proposals, they arrived at 86 unique suggestions.

Two suggestions stand out from the crowd

Finding proposals for measures that would have the desired effect but are also possible to implement in practice, and enjoy the necessary political support, is no easy task. But after their extensive survey, the researchers identify two policy options in particular which show particular promise:

The researchers also investigated how to deal with the trade-off between policy impacts and feasibility. An important part of this is combining different complementary measures. Trade regulations on their own, for example, risk hitting poorer producing countries harder, and should therefore be combined with targeted aid to help introduce more sustainable production methods, increasing yields without having to resort to deforestation. This would also reduce the risk of goods that are produced on deforested land simply being sold in markets other than the EU.

"If the EU now focuses on its contribution to deforestation, the effect may be that what is produced on newly deforested land is sold to other countries, while the EU gets the 'good' products. Therefore, our assessment is that the EU should ensure that the measures introduced are combined with those which contribute to an overall transition to sustainable land use in producing countries," says Simon Bager.

In conclusion, the researchers summarise three essential principles needed for new measures, if the EU is serious about reducing its impact on tropical deforestation. "First, enact measures that actually are able to bring about change. Second, use a range of measures, combining different tools and instruments to contribute to reduced deforestation. Finally, ensure the direct involvement of supply chain actors within particularly important regions, expanding and broadening the measures over time," concludes Simon Bager.

The authors hope that the research and identified policy options can serve as inspiration for policy makers, NGOs, industries, and other stakeholders working to address the EU's deforestation footprint. With at least 86 different unique alternatives, there is a wide range of opportunities to focus on the problem - very few of these are political 'non-starters' or proposals which would have no effect on the issue.

Tokyo Olympics 2020: What will happen if the Games are cancelled?