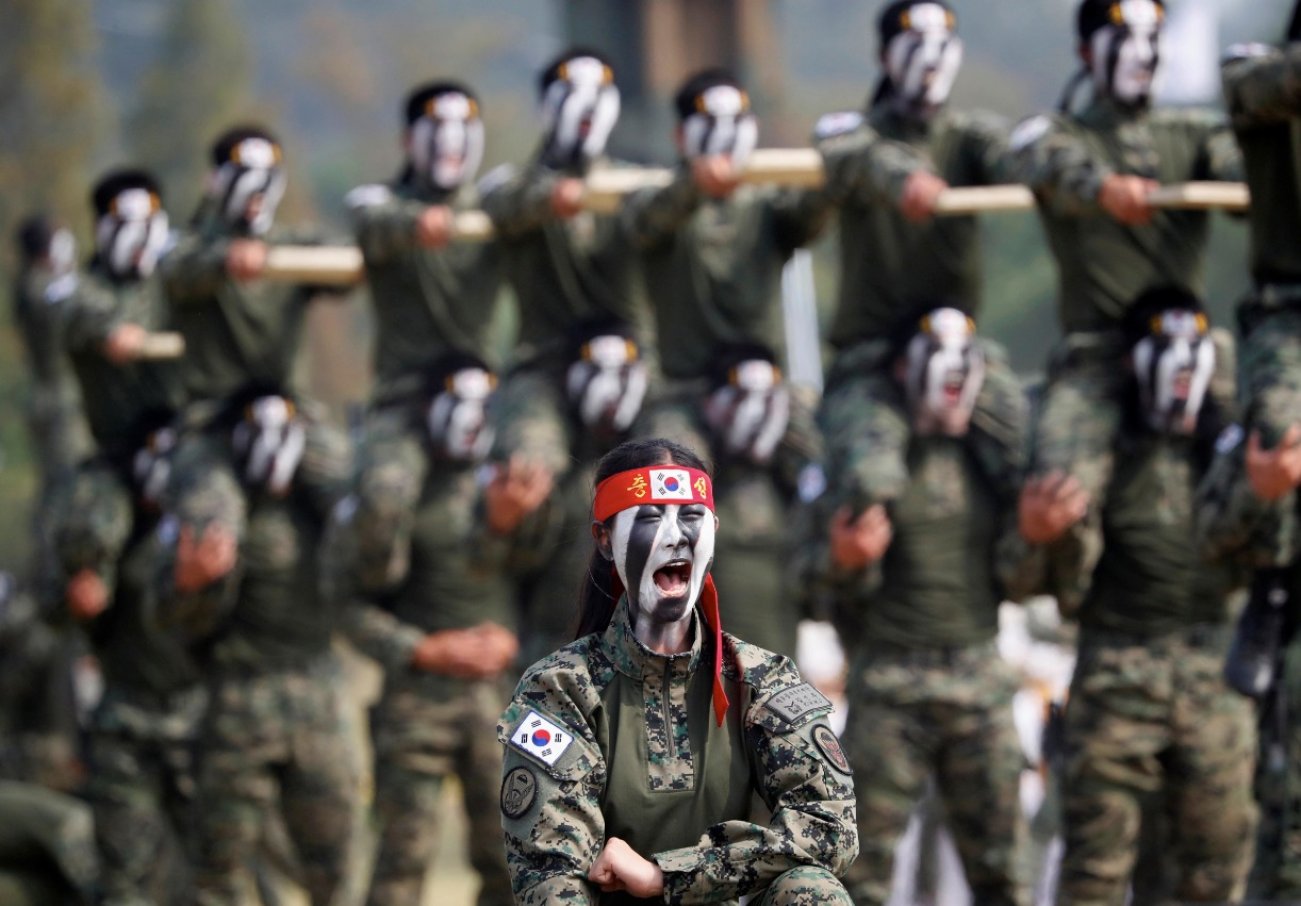 The Republic of Korea Army is a large, powerful land force capable defending the border from North Korean invasion.

Here's What You Need to Remember: As a country that has faced for decades the prospect of invasion, the army maintains large numbers of second-line reservists. Seven reserve infantry divisions augment active army units, while twelve “local” defense/homeland defense divisions scattered across the country protect rear-area security against North Korean special forces, agents and infiltrators.

In the last seventy years, the Republic of Korea Army (ROK Army) has evolved from a constabulary force into one of the largest, most powerful, technologically advanced armies in the world. This remarkable evolution is entirely due to the original 1950–53 invasion and war by neighboring North Korea. This existential threat has never truly gone away, with North Korea consistently threatening—and preparing for—a second, successful invasion.

The Republic of Korea Army was established in 1945 by U.S. forces occupying the southern half of the Korean Peninsula. By 1946 the ROK Army had nine “national security regiments,” lightly armed infantry regiments with a total manpower of 25,000 troops. As U.S./Soviet relations worsened, this was increased to 50,000 troops.

The invasion of North Korea in June 1950 caught the fledgling ROK Army ill-prepared for a conventional invasion. In particular, the army lacked the anti-tank firepower necessary to deal with the Korean People’s Army’s 105th Armored Brigade, which fielded approximately 120 Soviet-made T-34/85 tanks and SU-76 self-propelled guns. Although a small armored force by World War II standards, the ROK had virtually nothing to counter it with and was rapidly pushed south towards the port town of Busan.

What a War Between NATO and Russia Would Look Like.

The next three years saw intensive efforts by the United States to train and expand the ROK Army to modern standards, not the least of which so that the army could assume the bulk of the responsibility for the country’s defense. These efforts were successful, and within a few years of the Korean War’s end the U.S. Army on the peninsula had been scaled down to two, and later just one division.

Throughout the 1960s and 1970s the ROK Army remained on high alert, guarding against a second North Korean invasion, several armed provocations on the border, and even contributing a substantial ground force to America’s war in Vietnam. Up to 50,000 ROK soldiers served at a time in Vietnam, where they earned a reputation for being tough guerrilla fighters. Ultimately, 312,853 South Korean soldiers served in Vietnam, with at least 4,687 killed in action and 5,000 wounded.

South Korea has traditionally maintained a large army, in part because a large army is necessary to properly guard the 160 mile-long demilitarized zone, and in part because the Korean People’s Army is also manpower-intensive. This has led to the unusual situation in which the 560,000-strong ROK Army, which is only responsible for the defense of South Korea, is larger than the 475,000-strong U.S. Army, which has a global presence. This has prompted at least one U.S. general, who would assume control of the combined U.S-ROK armies in wartime, to quip “My army is bigger than my army.”

Today’s ROK Army consists of forty-one divisions and fifteen separate brigades organized into eleven corps. The army has 2,360 tanks, 2,400 armored personnel carriers and infantry fighting vehicles and 5,180 pieces of field artillery. Overall, the army is organized roughly along American lines, with three divisions and separate artillery, engineer, and signal brigades assigned to each of the eleven army corps. The corps are in turn organized into three army-level formations, plus the ROK Capital Defense Command, designed to turn the city of Seoul into a fortress.

What a War Between America and China Would Look Like.

The ROK Army has long since achieved technological superiority over North Korea, fielding world-class equipment particularly armored vehicles. The K-2 Black Panther tank, K-21 infantry fighting vehicle, and the K-9 Thunder self-propelled howitzer form the core equipment set for an increasingly mechanized army. Despite this, the army is organized largely to conduct defensive operations—it has no standing armored divisions and just four armored brigades parceled out to corps for local counterattacks. The main formation of the ROK Army is the infantry division, and the army has six mechanized infantry and sixteen regular infantry divisions. Another two mechanized brigades round out the maneuver force with one, 16th Mechanized Brigade, forming part of the U.S. 2nd Infantry Division.

What a War Between China and Japan Would Look Like.

The Republic of Korea Army is a large, powerful land force capable defending the border from North Korean invasion. It’s no accident that the North Korean military has evolved asymmetric means such as long-range border artillery, light infantry, infiltration forces, and chemical and radiological units to counter the South’s increasing technological superiority. The ROK Army has deterred war for the last seventy years, a benchmark of success for any peacetime army.