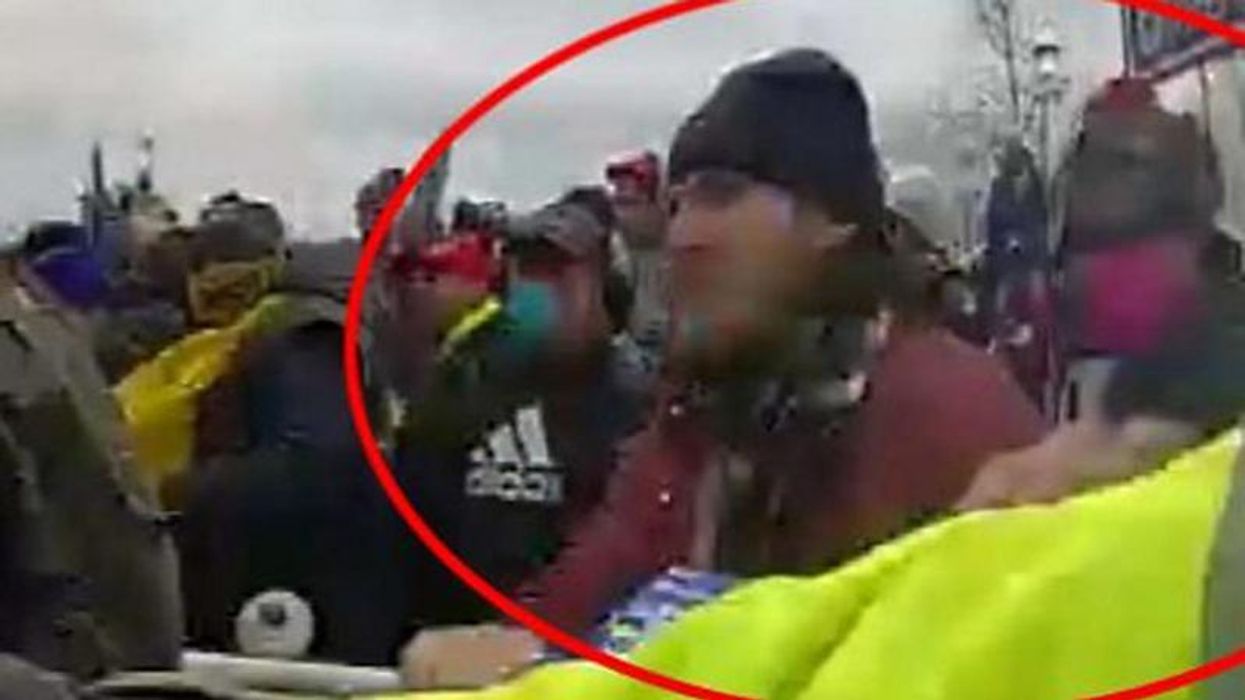 Grady Douglas Owens, a 21-year-old music student in Winter Park, FL, remains held in jail on some of the most serious charges filed among the hundreds arrested in connection with the January 6 Capitol riot.

Owens is accused by the FBI of having struck DC officer Christopher Boyle over the head with a skateboard during the melee at the Capitol. Boyle suffered a concussion and a finger injury from the attack, its report stated.

Owens was denied bail Friday by U.S. Magistrate Judge Daniel Irick. The FBI complaint shows that he faces charges of assaulting an officer, violent entry and disorderly conduct on Capitol grounds, along with the trespassing and obstruction charges faced by other protesters. Owens faced up to 36 years in prison.

The judge "said the "crimes of violence" for which Owens is accused justify denying his release on an unsecured bond, unlike many of the others who have been arrested previously, the Orlando Sentinel reported. Owens does not have a prior criminal record.

"Those who attacked law enforcement officers are a different level of dangerous." Irick said, the Sentinel reported. Irick also cited Owens' alcohol and marijuana use as aspects of his character that justify keeping him in custody.

"Following Irick's decision, Owens turned to the gallery and pulled his mask down. "I'm sorry, guys," he told his great-uncle and his wife in the gallery. They declined to answer questions after the hearing," the Sentinel reported.

The FBI complaint said Owens had flown to DC from San Antonio with his father, Jason D Owens. The Sentinel reported that the elder Owens attended the rally but was not charged in connection with it.

Sedition Hunters, a group of Internet sleuths, had information helpful in identifying Owens and his Instagram page, the FBI. Sedition Hunters' website describes it as "a global community of open-source intelligence investigators working together to assist the U.S. FBI and Washington D.C. Capitol Police to find those who committed crimes on January 6 at the Capitol."

The lettering "White Fang" on Owens' skateboard helped the FBI identify him, along with license-plate-reading technology with which his car was tracked. Authorities were able to locate Owens at Full Sale University in Winter Park, where is a junior majoring in music production. A faculty member confirmed his identity.

Owens had been described a local TV station as having shown up in shorts and a T-Shirt as he appeared in court Thursday afternoon. He told the judge the time he believed his parents are trying to hire him an attorney. He ended up Friday with a public defender and an emailed promise from his mother that he would be living with relatives and not a flight risk. The judge disagreed.

Here's the FBI complaint, which includes photos of Owens and the riot.

13 drown as vehicle plunges into canal in Philippines