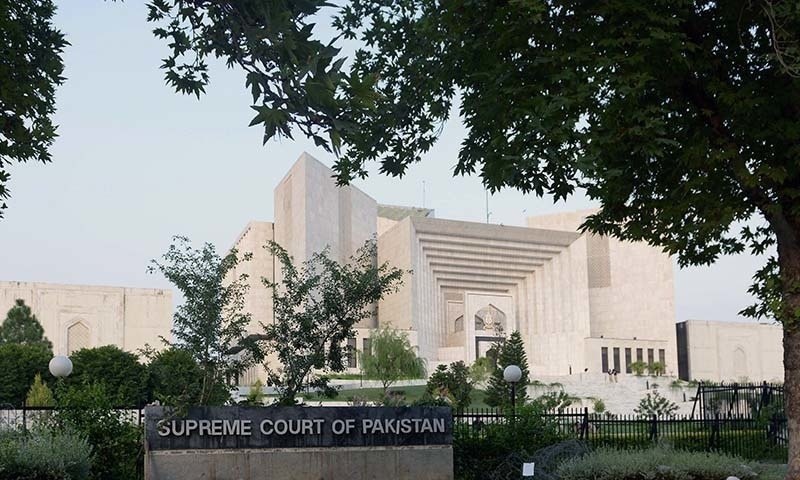 The Supreme Court on Friday rejected the PTI's appeal against the Election Commission of Pakistan's (ECP) directives to conduct re-polling in the entire constituency of NA-75 Daska.

In the short order, Justice Bandial said the court had taken the decision in light of the law, the Constitution and its own jurisdiction. The judge also remarked that "guidelines" will be issued to prevent similar incidents in the future.

A detailed verdict is expected to be issued later.

Reacting to the news, PML-N Vice President Maryam Nawaz said that it had once again been proven that Prime Minister Imran Khan and his "false" government had tried to rob the votes of the people of Daska.

"A re-election will not suffice. These robbers will have to answer for stealing the people's votes and kidnapping the ECP staff," she said.

Maryam congratulated party workers who stood against those stealing votes as well as Nosheen Iftikhar, the party's candidate for the constituency.

Speaking to the media, Malhi said that the PTI will think about filing a review petition after the detailed judgement is released. "We are confident about beating the PML-N," he said, adding that the party respected the apex court's decision.

During today's hearing, ECP's counsel Mian Abdul Rauf argued that the commission's decision did not mention "organised rigging" and was based on violations of the law.

The Punjab IG and other officials did not respond to repeated calls, polling remained suspended at 13 polling stations while firing incidents also took place in the constituency, he pointed out. If all the clauses of the Election Act are not implemented, the election is considered null and void, he said.

"From the current situation in the constituency, it is clear that countless clauses of the Act were violated," he said, adding that the constituency did not have a "level playing field".

"What do you mean by level playing field?" Justice Bandial asked. "You are of the opinion that the conditions favoured one party and not the other. If there was unrest, then the situation was unfavourable for all."

During his arguments, PTI lawyer Shehzad Shaukat said that all those responsible for the disappearance of the presiding officers should be punished. He also stated that it was difficult to understands the grounds on which the ECP had rejected the report by the Punjab IG.

"The ECP's position that people were unable to cast votes is incorrect. Instead of remaining neutral, the commission is hiding facts," he argued.

Justice Bandial remarked that whoever was responsible for the vanishing of the presiding officers had delivered a "shock" to the election process. "Re-polling can take place if the results are disputed," he observed.

The NA-75 by-election, held earlier in February, was marred by violence after clashes between voters and police broke out in multiple places, including polling stations and a police station at several times during the day.

The ECP had on Feb 25 ordered re-election in the entire constituency on March 18 after suspicions that the results of the by-poll held earlier may have been falsified. The decision was given on an application filed by Syeda Nosheen Iftikhar, the PML-N candidate for the National Assembly seat.

The commission had also ordered the transfer of the Gujranwala Division commissioner and suspension of the Sialkot deputy commissioner as well as other senior administrative and police officers.

PML-N leaders and supporters accused authorities of preventing voters from casting their ballots. At least two people were killed and three others injured in a firing incident at a polling station. One of the victims was reportedly a member of the ruling PTI while the other belonged to the PML-N.

Later, the commission had changed the date of the re-election from March 18 to April 10 after the Punjab government sought time to fill the vacant positions of administrative officers.

On March 25, the apex court had ordered the deferral of re-polling in the constituency, saying that the court needed more time to decide the case.

Don’t give up in the face of current political travails,Wike tells Okorocha