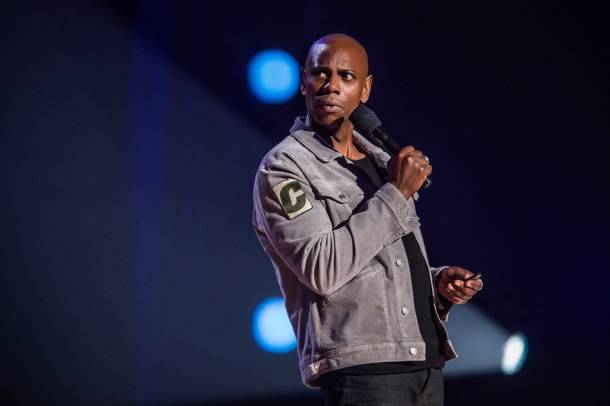 It might seem like ages ago, but Netflix pulled the Chapelle’s Show in late November, just over three weeks after it started streaming. The move seemed surprising at the time, but Dave Chappelle explained in a clip at the time that he had called Netflix to tell them the whole thing made him feel bad.

“And you want to know what they did,” Chappelle continued. “They agreed that they would take it off their platform just so I could feel better.” Nearly three months later, Chappelle confirmed that he and Comedy Central reached a new deal, and the show would return to streaming services, Netflix included.

END_OF_DOCUMENT_TOKEN_TO_BE_REPLACED

‘Chappelle’s Show’ is streaming on Netflix once again originally appeared on BGR.com on Fri, 12 Feb 2021 at 18:06:58 EDT. Please see our terms for use of feeds.

Franco Acosta dead at 25: Body of ex-Villarreal star found two days after going missing while swimming on his birthday

Disney's 'Raya and the Last Dragon' disappointed, but the overall weekend box office made experts optimistic about the industry's recovery