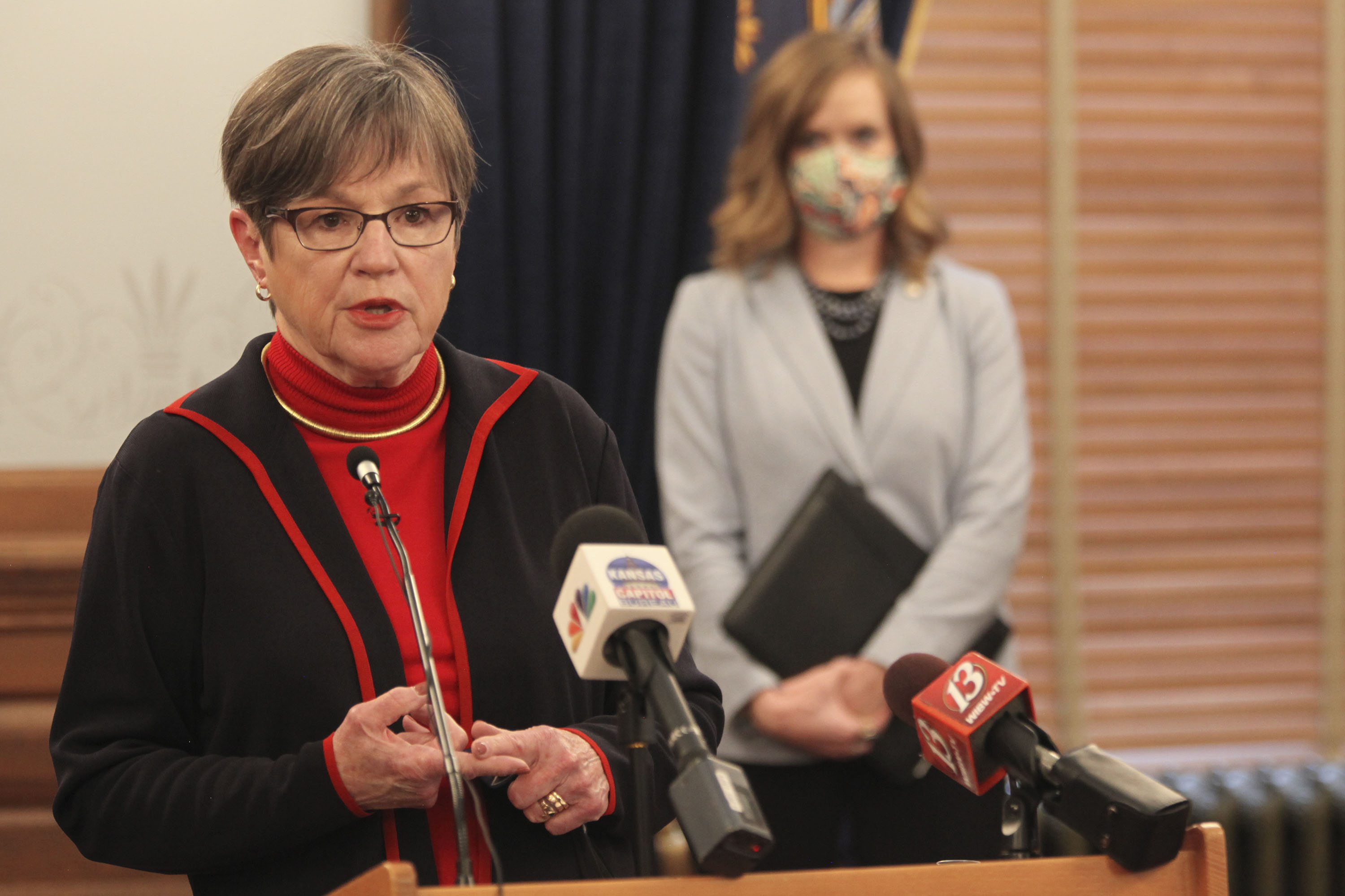 Marijuana legalization advocates have their eyes on the final frontiers of full prohibition.

Only two states — Nebraska and Idaho — have never passed any sort of medical marijuana law. There are now movements afoot in both states — as well as several others with very restrictive programs — to change that as soon as this year.

If the medical marijuana campaigns prevail in those last remaining holdouts, the U.S. could reach a dubious distinction: Cannabis policies in every single state would be in violation of federal law. That’s certain to further ratchet up pressure on Congress and the White House to loosen federal marijuana restrictions, and it could fuel the push to make recreational cannabis legal everywhere.

Medical cannabis is one of them. A pair of polls in 2019 showed support for medical marijuana surpassing 90 percent.

That's "more than people that believe humans landed on the moon," O’Keefe said, referencing a 2019 survey that showed one in 10 Americans believe the moon landing was fake.

Consensus is so broad that pollsters seem to have stopped asking the question altogether in national polls.

Cannabis advocates in Nebraska and Idaho are buoyed by the successful votes for legalization in other deep-red states last November. If lawmakers fail to act this year, advocates are vowing to take the issue directly to the ballot box, where voters are all but certain to approve them.

“We now have strong, vocal support from people across the state,” said Nebraska Democratic Sen. Anna Wishart, who has been trying to pass medical marijuana legislation for years. “At this point, everybody knows somebody that has benefited from having access [to medical cannabis].“

"Disregarding what voters want can be perilous," O'Keefe said.

Medical marijuana advocates in Nebraska were aiming to put a legalization initiative on the ballot in 2020. They successfully collected the necessary signatures and got the initiative certified by the secretary of state, before Lancaster County Sheriff Terry Wagner sued and successfully got it tossed.

Now they’re focused on getting it done through the Legislature.

“I feel a lot more confident going into this year with my legislation than I have in the past,” Wishart said. She reintroduced her medical cannabis bill in January, which is slated for its first hearing in March.

But opponents also express confidence about thwarting the effort.

"There is nothing 'medical' about marijuana legalization,” said John Kuehn, co-chair of anti-legalization group Smart Approaches to Marijuana's Nebraska chapter, in an email. "It is not regulated for safety or efficacy through the FDA."

Wishart acknowledged that getting legislation across the finish line will be an “uphill battle” thanks to Republican Gov. Pete Ricketts’ vehement opposition to the policy.

But she’s hopeful that successful legalization initiatives in other red states last November will pressure some of her colleagues to stand up to the governor.

If the legislative push fails, legalization advocates have a backup plan: They’re already working on efforts to put a medical marijuana referendum on the 2022 ballot.

Whether a Republican-dominated legislature will prove receptive to that argument — Obamacare is still a dirty word to many GOP lawmakers — remains to be seen. Previous legislative attempts to legalize medical marijuana have failed, and lawmakers have balked at the cost of Medicaid expansion.

But Kelly is hoping that public opinion will help alter the political dynamics.

“When we do polling on these two issues, the results are often over 70 percent of Kansans want both Medicaid expansion and medical marijuana,” Kelly said during a press conference earlier this month, touting her plan as one that would pay for itself and still have money left over.

While linking medical marijuana legalization with Medicaid expansion is encountering resistance in the Legislature, cannabis reform does have some support from Republican lawmakers. Rep. John Barker and Sen. John Doll are both pushing alternative medical marijuana proposals, reports the Kansas City Star.

And House Majority Leader Dan Hawkins didn’t dismiss the chances of passing medical marijuana legislation this year in a statement to POLITICO.

“While there seems to be increasing support for some version of medical marijuana, it’s still too early to predict how the debate will continue to play out or what will happen in the end,” Hawkins said.

A campaign to put medical marijuana legalization on the ballot in 2020 was derailed due to the pandemic, forcing signature-gathering efforts to halt. The Idaho Citizens Coalition for Cannabis is turning its attention to the 2022 election, gathering signatures for the legalization of both medical and adult-use marijuana.

But before that can happen, there will be a big marijuana debate in Boise.

Republican Sen. C. Scott Grow introduced a bill to create a constitutional amendment banning the legalization of marijuana and other psychoactive drugs. That could end up on the 2022 ballot alongside the legalization referendums.

But that’s also spurred a push to legalize medical marijuana. Democratic Rep. Ilana Rubel and Republican Rep. Mike Kingsley introduced legislation on Monday. The bill is modeled after Utah’s medical cannabis rules but is stricter in terms of reducing the amount a patient can get at one time and enhancing penalties if the medical card is abused.

"If we don't get medical marijuana on the books now, it may not ever happen,” Kingsley told POLITICO.

With growing public support for both medical and recreational use within the state, the lawmakers said legalization is likely inevitable.

A poll conducted in 2019 showed 73 percent of Idahoans supported legalizing marijuana for medicinal purposes, and Rubel and Kingsley predict that number is even higher now.

“I think if [lawmakers] don’t get ahead of this issue like we are proposing then the dam is going to break and they are going to end up with [a proposal] they don't like as much as ours,” Rubel said.

The medical cannabis bill has been introduced in the House, but hasn’t received any hearings. The constitutional amendment has passed the Senate and is waiting for a House vote.

In other conservative states with highly restrictive medical marijuana laws, advocates are hopeful that they can expand those programs. Alabama, Kentucky and South Carolina “all have well over a 50-50 chance,” said O’Keefe.

In both Alabama and Kentucky, medical marijuana legalization bills passed in one chamber last year before the coronavirus crisis derailed their legislative sessions. Those bills are expected to pass this time around. And in South Carolina, a medical marijuana bill was in committee before the Legislature adjourned due to the pandemic.

Lawmakers that are otherwise resistant to cannabis reform are facing different types of pressure: coronavirus-decimated budgets, legalization in neighboring states and overwhelming public support for the policy.

“Being that South Dakota is right on the border, and Montana is on our border … that's going to put a lot of pressure on [lawmakers],” said Bennett Sondeno, executive director of the Wyoming chapter of pro-legalization group National Organization for the Reform of Marijuana Laws.

Pressure from law enforcement groups opposed to legalization has swayed lawmakers in the past, and Sondeno estimates that two-thirds of the Legislature “still thinks medical cannabis is just a boondoggle for all of us wanting to get high.”

Still, Republican lawmakers in Wyoming are readying both medical marijuana and decriminalization bills ahead of the legislative session in March. A December poll from the University of Wyoming found 85 percent of residents supportive of medical marijuana legalization.

Sondeno says that he hopes that lawmakers will work with advocates on the issue. Otherwise, they will turn to the ballot.