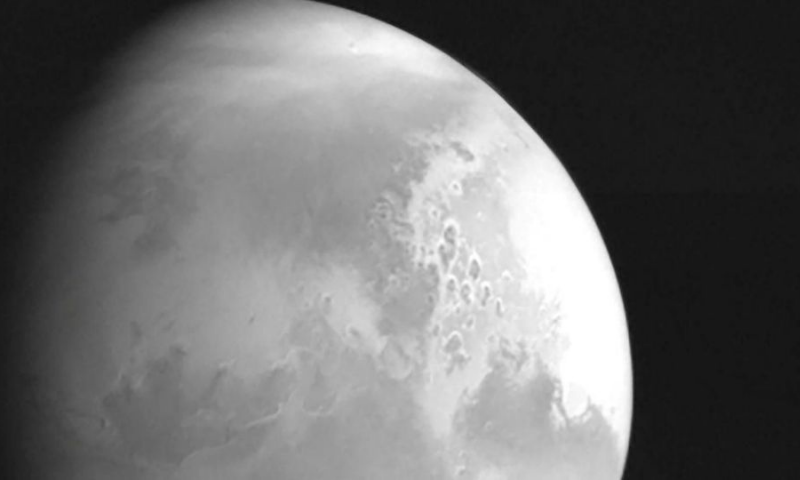 In the video, published by state broadcaster CCTV, the surface of the planet is seen coming into view out of a pitch-black sky against the outside of the Tianwen-1, which entered the orbit of the Red Planet on Wednesday.

White craters are visible on the planet’s surface, which fades from white to black through the video as the probe flies over the course of one Martian day, said official news agency Xinhua.

The five-tonne Tianwen-1 — which translates as “Questions to Heaven” — includes a Mars orbiter, a lander and a solar-powered rover and launched from southern China last July.

It is the latest step in Beijing’s space programme, which aims to establish a crewed space station by 2022 and eventually put an astronaut on the moon, and has opened up a new, extraterrestrial arena for US-China competition.

Tianwen-1 launched around the same time as a rival US mission, and is expected to touch down on the surface of the planet in May. Its success comes the same week as the United Arab Emirates’ “Hope” probe also successfully entered Mars’ orbit — making history as the Arab world’s first interplanetary mission.

Video: Mourinho reveals he was happy that Spurs conceded before half-time

Daily numerology: What the numbers mean for you today Monday March 8