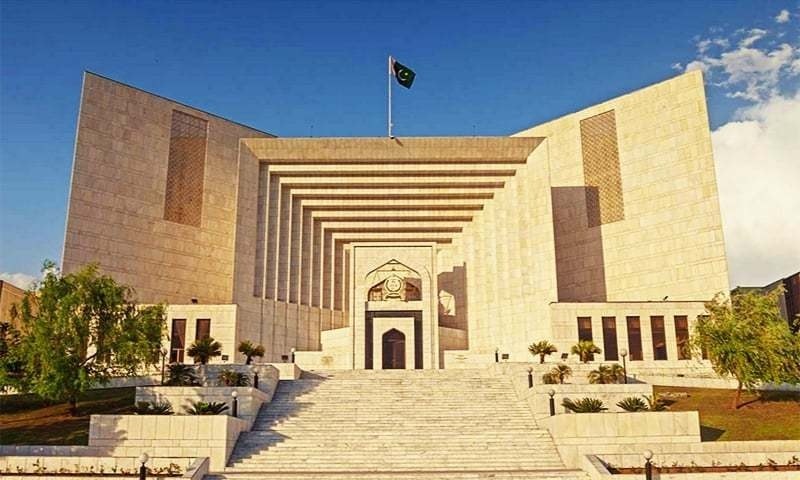 ISLAMABAD: The Supreme Court has held that the Taliban had no legal authority to decide cases and their decision was not applicable to Pakistan, which was a sovereign country, the applicable law of which applied to every inch of its territory.

The judgement was issued by a two-judge SC bench consisting of Justice Qazi Faez Isa and Justice Maqbool Baqar on a petition filed by Gul Nawaz and others against the 2019 Peshawar High Court order in a land dispute case.

During the hearing, the apex court’s attention was drawn to iqrar nama (agreement) — a ‘decision’ issued by Emarat-i-Islami Taliban, Waziristan-wa-Afghanistan (Taliban).

The apex court was informed that the petitioners had entered into an agreement on April 30, 2009 for sale of certain land. They were required to provide evidence in support of their claim over the land before a trial court judge, but they failed to do so despite being granted a number of opportunities. Resultantly, their side was closed and the judge dismissed their suit.

The petitioners then challenged the decision in the PHC which also dismissed their appeal. Consequently, they approached the Supreme Court with a plea that they were not given sufficient opportunity to lead evidence before closing their side and dismissing their suit.

The trial court had in its order on Oct 3, 2012 referred to an application by the petitioners whereby they had sought the trial court’s permission to prove iqrar nama through secondary evidence because the original one was stated to be with the defendant (Rashid Ahmed).

The Supreme Court order recalled that the petitioners had relied on the iqrar nama, but later argued that the document was instead a decision.

Leaving aside the question whether the petitioners could change their stance so fundamentally, Justice Isa observed, “we have examined the document which was a ‘decision’ by the Emarat-i-Islami Taliban, Waziristan-wa-Afghanistan”.

The attempt by the petitioners to alternatively categorise the purported decision as an agreement was also not permissible because it undermined the sovereignty of Pakistan, Justice Isa observed.

The judgement said the Taliban had no legal authority to decide cases since they had infiltrated into Pakistan and by mid-2005 illegally occupied and assumed control over a part of the territory of Pakistan, including parts of Waziristan.

“Pakistan is a sovereign country and the applicable law of Pakistan applies over every inch of its territory,” the verdict said, adding that every square inch of the territory of Pakistan was precious and must be kept free and safe.

The physical possession of any part of the territory of Pakistan taken over by the Taliban contravened the Constitution and any decision given by the Taliban would be unconstitutional, unlawful and of no legal effect.

“Subverting the Constitution and subjugating the people do not confer legitimacy on an aggressor nor renders an aggressor’s decisions constitutionally legitimate,” Justice Isa observed.

Thus the purported agreement was “forbidden, unlawful and opposed to public policy” in terms of Section 23 of Contract Act, 1872 and, therefore, it was of no legal effect, the judgment said.

It observed that the trial court had provided a number of opportunities to the petitioners to lead evidence, but they repeatedly failed to establish the subsistence of the agreement between themselves and the respondents. “Therefore, leave to appeal is declined and consequently this petition is dismissed,” the SC judgement said.

Islanders fall to Penguins in OT