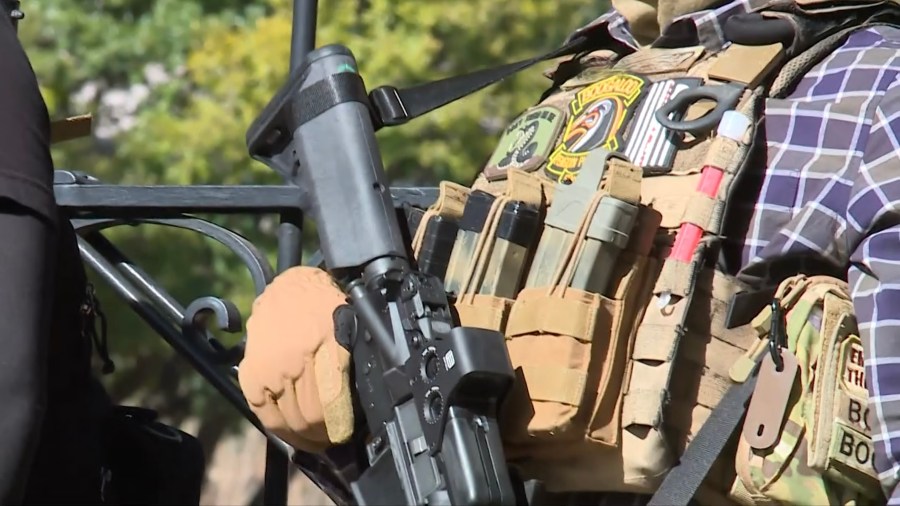 "Anytime you have a lot of anti-government activity or increase in that sort of activity it's cause for concern," said Ryan King, Dean of Social and Behavioral Sciences at the Ohio State University.

The report shows Ohio has 31 active organizations and there are several explanations for this. One of those is the size of the buckeye state's population.

"One of the reasons why Ohio has more of these groups is Ohio is a populous state. So not surprising California was the state that's number one on that list and they are also by far the most populous state," said King.

Ohio's demographics could also be an explanation for the high number of anti government groups.

"We have a lot of rural areas and a lot of those areas are somewhat poor, and you know, these groups sometimes believe that it's the government's responsibility or fault for them being poor," said Harry Trombitas, Retired FBI Special Agent.

According to the report, events like the pandemic, Black Lives Matter Protests, and the presidential election is part of the reason we are seeing a rise in activity from these extremist groups.

"People kind of being stuck inside and also out of work or cobbling different jobs together, it's very easy for people to get hooked on conspiracy theories like Qanon," said Michael Edison Hayden, Spokesperson for Southern Poverty Law Center.

Not all of these anti-government groups believe in violence against people or the government, though some have been linked to violent activity.

"I don't think people should paint a broad stroke that every militia group believes in committing acts of violence against people or things that represent the government," said Trombitas.

Trombitas says people don't need to live in fear and they should educate themselves, and if you see something suspicious report it.

"It's very important for people to understand that in fact there are groups out there and not all of them are just guys sitting around, having a beer and letting off steam," said Trombitas.