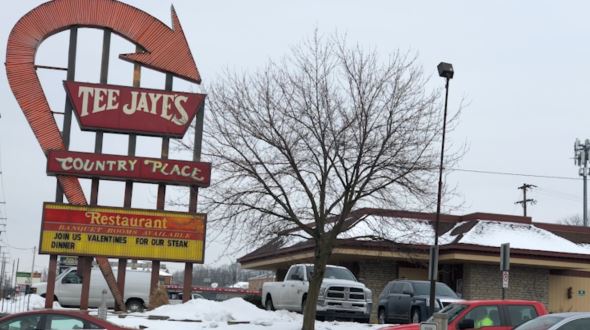 COLUMBUS, Ohio (WCMH) -- A petition to preserve a 1950s-era Clintonville sign is rapidly putting on signatures.

Tee Jaye's Country Place is changing hands, and the fate of the sign isn't yet known.

Norman, the Clintonville dog with skin ‘like an apricot’ is Insta-famous

One Clintonville woman doesn't want to see the iconic sign torn down, and started a petition on change.org.

After only a few days, the petition put up by Bonnie Blaser-Garrison has gained nearly 700 signatures by Friday afternoon.

"You see so many cookie-cutter signs these days, that this is kind of a special sign, even though it's been adapted for a few different businesses," said Blaser-Garrison.

A call to Chick-fil-A, which is speculated to be moving to that site, wasn't returned to nbc4i.com.

Blaser-Garrison is married to a commissioner but didn't tell him about the petition until he saw it in his Facebook feed.

Ali vs. Frazier I: 'Fight of the Century' 50 years later