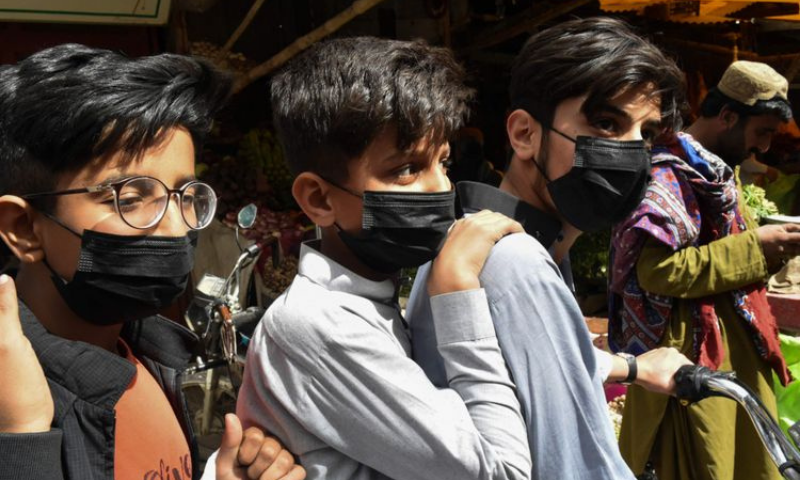 LAHORE: The Pakistan Tehreek-i-Insaf’s federal government seems least bothered about the protection of its 220 million population as it has made arrangements to procure just 1.1 million coronavirus vaccine doses from a Chinese company and that too for frontline workers and vulnerable population.

Each human being will be requiring two doses to acquire immunity against coronavirus for a period yet unknown to the world.

While many world nations are actively looking to get coronavirus vaccine doses to make their population immune against the virus, Pakistan is waiting for the United Nation’s Covax mechanism to receive around 45 million free vaccine doses that will cover country’s 20 per cent population.

Pakistan is a member of the 189-nation forum for which the WHO and GAVI’s Covax management system plans equitable distribution of vaccine free of cost.

Colombia for example has already struck deals with the Johnson & Johnson, Pfizer and Astra Zeneca to procure some 29 million doses for its 50 million population. It will also be getting at least 10 million doses under the Covax management to cover its 80 per cent population.

Similarly, Bangladesh has reached deals to get 30 million doses of Indian-made Astra Zeneca, Turkey has procured three million doses and expects another 50 million by the end of February.

Malaysia has procured 12.8 million Pfizer and 6.4 million Astra Zeneca doses to cover its 40 per cent population and is close to finalising a deal with China to cover its entire population. Indonesia purchased three million doses and making available raw material to develop some 45 million doses at home.

At a time when health experts are already calling the coronavirus pandemic as “Pandemic Third World War”, the Pakistan government has apparently absolved itself of this vital responsibility and allowed the private sector players to procure vaccine from anywhere in the world, get registered with the Drug Regulatory Authority of Pakistan (DRAP) and sell to those who can afford. Special Assistant to Prime Minister on Health Dr Faisal Sultan asserts that just like other countries, “population (essentially adult population) required to be covered, will be covered”.

Answering a question about procuring just 1.1 million vaccine doses, Dr Sultan said the Pakistan government had decided to procure vaccine in a graduated fashion, adding global supply lines and efficacy of respective vaccines was not yet clear.

Stating that Pakistan had around 100 million targeted adult population, he said the country was just completing the clinical trials of Covid-19 vaccine developed by Canada-based Chinese company Cansino Bio. He said after getting sound efficacy results, the government would order procuring substantial amount of vaccine. Initially, he said, the government had allocated US$150 million which could be doubled and even more, when there would be clarity about vaccine efficacy and availability.

Dr Sultan said the Sinopharm vaccine would start reaching the country by the end of this month or early next month. “The vaccines will be procured until the entire eligible population is vaccinated,” he said and added that it would be unfair to compare Pakistan with other countries global numbers’ estimates.

He hoped that the vaccine under the Covax management system would also be reaching here by the end of this month or early next month.

About the price, he said, the Pakistan government had committed with the Chinese company that vaccine price would not be disclosed because China was offering it to Pakistan at much lower rate.

Parliamentary Secretary for Ministry on National Health Services Dr Nausheen Hamid says the federal government expects more avenues will open with regard to availability of vaccine and a bit of information about vaccines’ efficacy by the end of March.

“One must keep in mind that it takes six to eight years to develop a reliable vaccine and currently available vaccines have been developed in just six to eight months. The efficacy of any vaccine produced worldwide needs to be monitored for at least a year to say anything with conviction,” she said.

Saying neither this is a phenomenon happening for first time in the world nor the last time, Dr Akram says these situations will continue playing vital role in world politics. Since a lot of politics will continue rotating around leaders of the world nations, he suggested that the leaders must review and develop evidence-based strategies for prevention and cure.

While 69,000 people were required to volunteer for clinical testing of Cansino Bio vaccine at 19 centres in Pakistan, Dr Akram says the university has almost completed the vaccine trials on over 17,500 and completing the 18,000 volunteers’ list in a day or two.

“The UHS has also conveyed to the DRAP that it is ready to conduct clinical trials for more Covid-19 vaccines produced by Australia and Russia,” Dr Akram added.

PM’s bid to shut all travel corridors could be undermined by poor enforcement, shock figures show