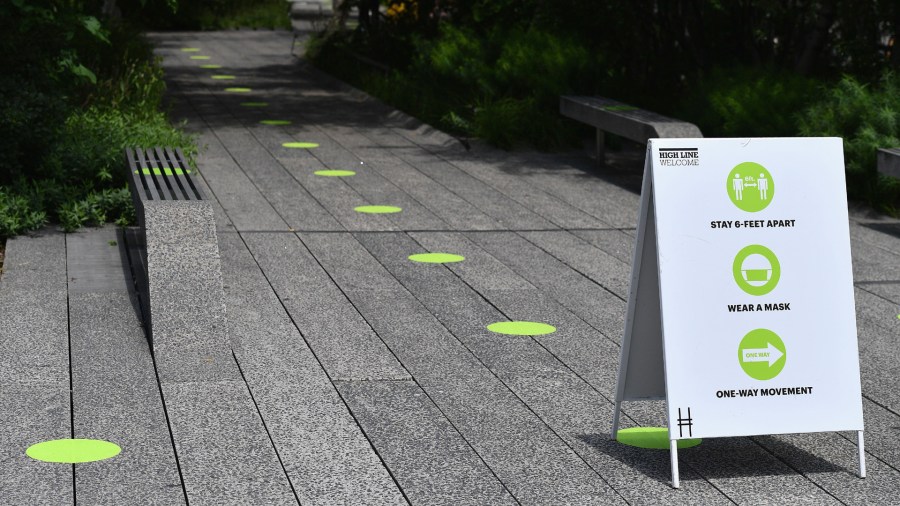 ALBANY, N.Y. (NEWS10) -- Gov. Cuomo Monday announced a proposal to extend the High Line in Manhattan to give pedestrians seamless access to the elevated pathway from the recently opened Moynihan Train Hall as part of the 2021 State of the State.

As part of a public-private partnership, Brookfield Property Group will reportedly partner with Empire State Development, the Port Authority of New York and New Jersey, and Friends of the High Line to build an L-shaped connection from the 10th Avenue terminus of the High Line to Brookfield's Manhattan West public space.

"This will be the most ambitious redevelopment that New York City has seen in decades," Governor Cuomo said. "When the private sector economy lags, state governments build infrastructure and spur development. The beautiful Moynihan Train Hall is open, the renovation of Penn Station and this High Line extension project begin this year. This connection is part of a district-wide redevelopment of the West Side that will jumpstart the private market in a post-COVID world."

Under the Governor's proposal, the project will reportedly extend the existing High Line eastward at 10th Avenue and 30th Street along Dyer Avenue to the mid-block between 9th and 10th Avenues, at which point it will turn north and connect into the elevated public space. The public space would then end on 9th Avenue directly across from the entrance to the Farley Building and the new Moynihan Train Hall.

"The central element of Brookfield's Manhattan West complex will be a 2-acre landscaped public plaza that will be surrounded by 240,000 square feet of curated restaurants and shops and enlivened year-round with public events, art installations and an ice rink programmed, in part, by the NHL. The High Line extension, which will link the new Moynihan Train Hall to the Manhattan West plaza and the rest of the High Line, will be a major addition to the entire area, making it easier and more enjoyable for pedestrians to access and navigate the neighborhood," said Brookfield Property Group Managing Partner Ben Brown.

Extending the High Line in these locations is said to not only create new public space but also address community concerns about pedestrian access between Penn Station and Hudson Yards as well as surrounding areas. Midtown West continues its transformation into a growing commercial and residential neighborhood in Manhattan. The High Line is reportedly New York's most popular elevated park, and its extension will offer a safe way for commuters, residents, and tourists to navigate the area.

"We are excited to work with the Governor's office and Brookfield on this opportunity to better connect residents, workers, and visitors to public spaces, cultural institutions, businesses, and vital transportation hubs on the West Side of Manhattan. We look forward to working with the State and our neighbors over the coming months to advance this unique public access project," said Friends of the High Line Executive Director and Co-Founder Robert Hammond.

This is reportedly the first phase of two planned extensions of the High Line that will create more pedestrian-friendly and safer connections through Midtown West, from the new Moynihan Train Hall all the way to Pier 76 in Hudson River Park. The second phase will reportedly extend the northwestern end of the High Line, which currently ends at 34th Street and 12th Avenue, northward past the Javits Center before turning west to cross the West Side Highway and end at Pier 76, the next great public pier in Hudson River Park.