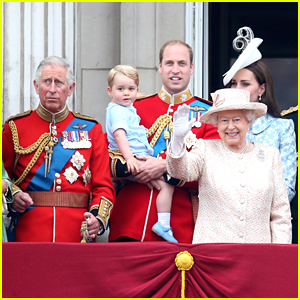 The British Royal Family has planned out some major events for 2021.

After taking a year off from Trooping the Colour due to the pandemic, it’s reported that the Palace has planned to put on the event for this year.

Via The Sunday Times, it’s said that Queen Elizabeth II and her extended family will be back on the famed balcony to celebrate her official birthday celebrations in June.

In 2020, there was a very scaled back event that happened at Windsor Castle, where she and Prince Philip had been isolating instead.

Just a few days after the event, the family is also said to be celebrating Philip‘s 100th birthday.

The occasion could also mark Prince Harry and Meghan Markle‘s return to the UK, following their official exit as senior royals.

Meghan and Harry are expected to appear with the royal family on the balcony, with aides describing the event as a “family occasion” as well as an official royal event.

“The current plan is for the Queen’s birthday parade to go ahead in London as normal, with the acceptance that it may need to be adapted or scaled back depending on what guidelines are in force at the time,” one royal aide shared. “But the aspiration and the ultimate desire is to make it happen.”

If you haven’t seen, there’s been an update about the relationship with Harry and his brother, Prince William.

Boris to give Commons statement as deaths pass 100,000 in UK

Researchers Discovered a Nazi Time Capsule in Poland. What Did They Find Inside?